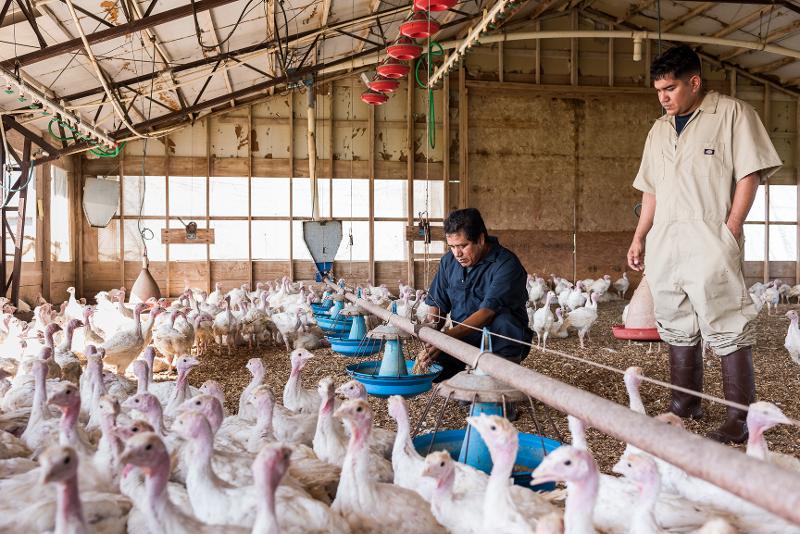 In a push for expanded food transparency, Cargill Protein has launched a new traceable turkey line for this year’s Thanksgiving season. The Honeysuckle White brand now features family farm-raised, fresh turkeys available through an innovative pilot project that enables consumers to trace their turkey purchase from farm to table.

The Honeysuckle White brand was selected to pilot Cargill’s new blockchain solution in which consumers in select markets can text or enter an on-package code at the brand’s website to learn where the turkey was raised. From there, consumers can also read the family farm’s story and a message from the farmer, as well as view photos of the farm.

"We know consumers are looking beyond farm-to-table marketing promises to better understand where their food comes from and how it is produced,” says Deborah Socha, Honeysuckle White brand manager. “That’s why the Honeysuckle White brand is the first and only major turkey brand to pilot a blockchain-based solution for traceable turkey.”

In support of consumer demand for farm-raised turkey, the Honeysuckle White brand is also launching a campaign featuring awareness tactics such as traditional and online media, as well as in-store signage to reach consumers at all stages of the path to purchase. Turkeys that are part of the Honeysuckle White brand transparency pilot will be primarily available in Texas grocery stores.

Cargill’s blockchain-based solution models build a trusted, transparent food chain that integrate key stakeholders into the supply chain and create a distributed ledger with immutable records, according to company officials. Because all participants inside the blockchain network must agree before a new record is added to a ledger, the technology also reduces the risk of fraud or human error, and cryptography within the network ensures security, authentication and integrity of transactions.

“At Cargill, we are becoming a better partner through digitalization and analytics, identifying opportunities to use technology to deliver real value for customers, partners and consumers,” says Deb Bauler, Cargill chief information officer for North American Protein. “The Honeysuckle White brand’s transparency pilot is one example of how we are using technology to shape the food system of the future and deliver on consumers’ desire for transparency in food.”