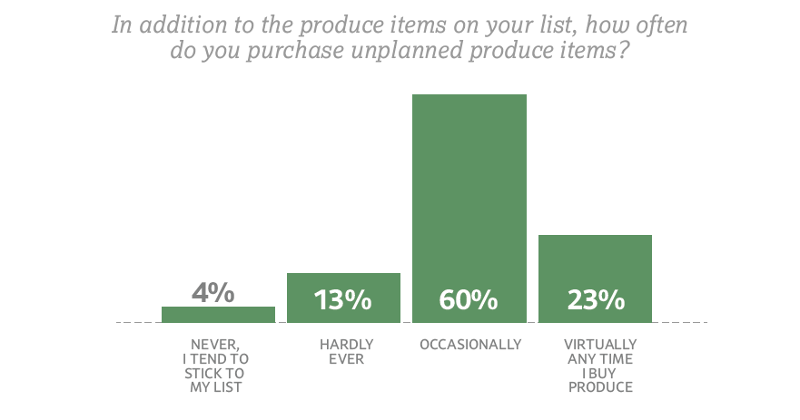 The $61 billion grocery produce business is primed to increase the spend per buyer and per trip and improve shopper frequency, according to a recent analysis by FMI—The Food Industry Association.

The Power of Produce 2020 study was released at the Southeastern Produce Council Southern Exposure event.

Few categories come close to the role produce plays in total store success. But growth has been subdued in recent years for fresh produce and other perimeter departments. With a household penetration of close to 100%, driving growth in fresh produce is not about finding more buyers but about increasing the spend per buyer, spend per trip, and an improved buying frequency.

“The Power of Produce tells us that even the most mature category needs to find ways to inspire growth,” said Rick Stein, VP of fresh foods for FMI. “To that end, we’ve witnessed tremendous strides in recent years for how enhanced produce offerings can inspire consumer demand, as value-added produce alone has grown about 3% in both dollars and volume—three times higher than overall produce.”

This wave in convenience-driven merchandising plays directly into consumers’ desire for more information and education regarding produce, whether that’s information about growing practices, nutrition facts, recipe ideas or specific medical and health benefits. 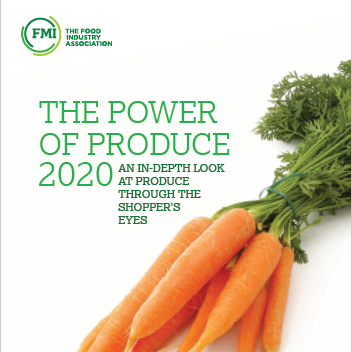 Stein continued, “March is National Nutrition Month, so it’s a ripe time of year to introduce a health narrative to the shopper, especially since 49% of shoppers adhere to a specific eating style or diet that influences produce choices, such as watching carbohydrate intake and/or calorie consumption.”

In addition to opportunities for health and convenience, the report demonstrates some divides among consumers when it comes to channel choice and packaging. Thirteen percent of shoppers say they buy produce in a different store than where they purchase most of their groceries, and for organic produce shoppers, 27% go elsewhere. Shoppers are also divided in the packaging debate between functionality mattering most (31%), the environment mattering most (35%) or striking a balance between the two (34%).

Produce is quite unique in being a planned category but having strong impulse power as well. Of shoppers who list their planned produce purchases, 83% buy unplanned produce items with regularity. The three most effective ways in driving impulse sales in produce are hot promotions, eye-catching displays and seasonal items. Secondary displays, bringing produce into other perimeter departments or center-store aisles are deemed very useful by 21%, and 43% believe they are somewhat useful.

The Power of Produce is made possible by the support of Burris Logistics, Southeastern Produce Council and Yerecic Label.