Food is increasingly part of the craft movement.

Today’s consumers increasingly want their food to be artisanal, small-batch, healthy, organic and local, as well as from a supply chain that’s transparent and from a farm or plant that treats its employees fairly and takes care of the environment and the livestock involved.

“Craft, in general, is about variety and nuance. If you know where your food is coming from, that gives you a lot more comfort knowing what you’re putting into your body,” says Ethan Lowry, co-founder of Seattle-based Crowd Cow, an online marketplace for high-quality meats. “Plus, it usually tastes much better, too.”

Craft foods are anything made in small batches rather than mass-produced, says Darren Tristano, founder and CEO of Foodservice Results, Chicago. “Anyone who’s doing this is really trying to leverage the demand by younger consumers, who are the ones driving this and are willing to pay more for these products,” he says.

As we amble into 2020, which craft foods are we going to see, eat, drink and buy?

“The hype around Impossible and Beyond Burgers has certainly proven that nonvegetarians and nonvegans are willing to try, and are interested in, plant-based alternative burger options,” says Maeve Webster, president of foodservice consultancy Menu Matters, Arlington, Vt. “The issue with the top brands right now is that they are hyperprocessed products that largely fly in the face of the clean-label, transparent, natural movement.” Webster expects to see burgers shaped by new technologies, ingredients and techniques that will have a cleaner profile than many products on the market right now. She also thinks retailers with back-of-house skills will handcraft their own plant-based burgers “to create unique, nonbranded options.”

For the first time, an American-made cheese last year won the top prize at the World Cheese Awards in Bergamo, Italy. Rogue River Blue hails from Rogue Creamery, Central Point, Ore., and Americans are poised to scoop up more artisanal cheeses in the coming year. According to Innova Market Insights, based in Arnhem, Netherlands, product launches of cheese, semihard and hard, described with terms such as “craft” or “crafted” were up 110% annually from 2016 to 2018.

If you thought wine couldn’t get more natural, think again. Wine touted as “natural” has nothing added to the grapes, and nothing taken away. Bars such as 8arm in Atlanta and 320 Market Cafe in Philadelphia are offering only natural wines, and grocery delivery company FreshDirect, based in New York, believes there will be a greater assortment of these wines this year.

“Natural wines are a growing trend among millennial shoppers, and the trend is heading higher,” says Keith Wallace, founder of the Wine School of Philadelphia. “Giving shelf space to these wines is a great way to draw in wine consumers. It also has the added benefit of communicating positive ideals of freshness and health to the consumer.”

Plant-based foods will continue to evolve and expand into more categories, according to FreshDirect, with cauliflower remaining a favorite gluten substitute and oat milk coming to the fore. The company expects to see more products being launched this year. Lizzy Freier, senior managing editor of Chicago-based Technomic, WGB’s sister foodservice market research company, points out that with dairy milk production on the decline, and built off the meteoric rise of nut and seed milks, “the next nondairy milks will be oat milk and fruit and vegetable milks.” 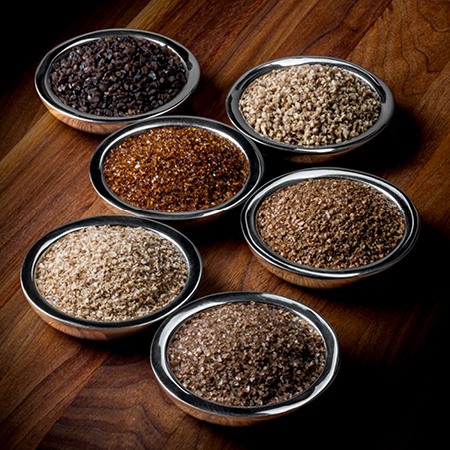 As shoppers become more savvy, picking up a container of iodized salt will no longer cut it. From kosher to Maldon and Himalayan, there’s a salt for every occasion. SaltWorks in Woodinville, Wash., uses its Perfect Smoke technology to add extra flavor to salts that are “harvested from the world’s cleanest oceans.” Flavors include alderwood, applewood, hickory and mesquite sea salt.

Check out any urban bar these days and you’ll find a range of low-alcohol or alcohol-free cocktails. Younger consumers especially are looking to enjoy several drinks and still be able to walk in a straight line.

Webster of Menu Matters expects to see an expansion of low- and no-alcohol spirits such as Seedlip, “but spanning a far broader range of spirit categories, such as whiskey, bourbon and rum, as well as interesting low-/no-[alcohol] mixers to support continued innovation in this category.” She also expects to see more drinks such as bottled or canned cocktails with low- or no-alcohol, which will increase the convenience of this category.

Dukkah, berbere, za’atar, baharat: This may sound like an invented language, but it’s actually a list of spice blends, all from the Middle East. As Americans travel more and eat out more, they want to eat the flavors they experiment with at home.

Webster thinks in 2020 manufacturers will consider unique spice blends “that set their spice product line apart.” She also expects to see retailers creating their own. “As consumers become more familiar and comfortable with spice blends and their many uses, it’s likely they’ll start experimenting with creating spice blends at home and look for solutions at retail that help them,” Webster says.

From 2016 to 2018, product launches of dog food and dog snacks/treats were up 52% and 51%, respectively, according to Innova. “It makes a lot of sense given how consumers treat pets like a member of the family and are prepared to shell out good money to dote on their pets,” says Tom Vierhile, VP of strategic insights, North America, for Innova.

Product launches of craft meat jumped 59% from 2016 to 2018, according to Innova, which “shows meat producers may be trying to fend off challenges from plant-based innovators by going upmarket to appeal to meat lovers,” Vierhile says.

“The craft movement is spilling over into meat and it’s high time,” says Lowry of Crowd Cow. Especially with beef, consumers are recognizing different cuts and different breeds. “It matters what it was fed, and pasture-raised beef matters too. It makes a big difference what went into the animal,” he says.

While Angus is the dominant breed, Lowry also expects to see much more wagyu as consumers cross over. This is particularly resonating with consumers, who love a story and a sense of connection to where their meat comes from. However, he says, the main reason people are switching to wagyu is the taste. “Then it has to be healthy; then, is it good for the animal, the planet, the farmer? People love to check all the boxes,” Lowry says.

As the low-carb craze continues, consumers are looking for carb-free beverages as well as food. Hard seltzers such as White Claw from Mark Anthony Group are gaining in popularity, and craft beers are also part of this trend, with fuller-flavored styles, such as the ever-popular IPAs, and reduced carb content.

Expect to see more collard greens, red cabbage, Brussels sprouts, fiddleheads, cardoons, ramps, parsnips and their brethren in 2020, says Suzy Badaracco, president of Culinary Tides, Tulatin, Ore. “There is a movement to praise the overlooked, undervalued produce. Cauliflower is the poster child for this trend and has opened the door to others. Each stands apart and really has no direct competition within its category,” she says.