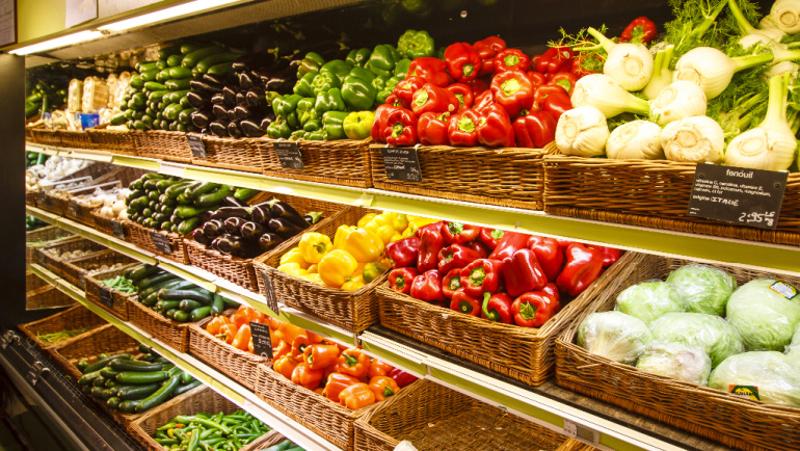 Rachael Dombrowski is co-director of the Great Grocer Project, a new initiative in Detroit designed to connect and bolster the profile of independent grocery stores in the city. Although Detroit has nearly 70 full-service grocery stores—most of them family- or independently owned—many city residents trek to suburban big-box stores to do their grocery shopping, Dombrowski says. That's a product of factors ranging from lack of awareness about local grocery options to questions about the service and selections offered at smaller independent grocers, she says.

The Great Grocer Project aims to help grocers expand their fresh-food offerings, revamp their merchandising and marketing, and foster relationships with community groups to help residents of individual neighborhoods grow trust in their local independent grocer. Dombrowski and Great Grocer Project leaders from Wayne State, the Detroit Food Policy Council and the Detroit Grocery Coalition hope the outcome will be healthier local businesses and healthy communities. Dombrowski spoke recently with Winsight Grocery Business about the federally and state-funded initiative, what food justice looks like, and what it takes to cultivate trust between business owners and the communities they serve.

Christine LaFave Grace: This is a multifaceted project, working with store owners themselves on their assortment, pricing and customer service and then connecting them also with community organizations. What does it look like on the ground?

Rachael Dombrowski: We're highlighting 25 stores in our launch based on data that we collected in five categories: healthy food availability, quality and cost—evaluated using a national validated assessment tool, the Nutritional Environment Measures Survey—as well as two additional categories, customer service and safety. [For those] we use interviews with store staff, surveys with customers and our focus groups, our community listening sessions. We also take a three-year average of state inspection records to get that safety score.

The final [consideration] is community involvement, so are they participants in Double Up Food Bucks, which is a healthy food incentive program for SNAP participants; do they offer SNAP or WIC in their store? We look at other things like do they donate unused food to pantries, churches, schools? Do they participate in the community in some way? And then they get a carrot for each of the scores that we rate. We have 25 stores that we're highlighting right now that either have four carrots, meaning they’ve met four out of five categories, or three.

What are keys to deepening relationships between independent grocery stores and the communities they serve?

As a coalition, we’re going to be promoting these 25 stores, but we're also partnering with neighborhood-based organizations. There are seven designated districts within the city of Detroit, so we partnered with seven organizations. The Detroit Food Policy Council is taking two of those organizations right now through a year-long fellowship in which we will create a toolkit for [these organizations] for how to promote your local store, how to work with your local store. We will also have them do some promotional opportunities, things like taste-testings in or outside the store, fun events at the store—to promote the store and promote that they’re doing things right.

Around 80% of Detroit's population is African American, but there are currently no Black-owned grocery stores in the city. What opportunities or challenges do you see when it comes to fostering relationships between store owners and residents?

In a lot of Black-owned neighborhoods, there are not stores that are owned by people who reside within that community or have a similar sociocultural background as their customers. In the city, there are some opportunities that are emerging—there are a couple of stores trying to do some crowdsourcing of funding, such as the Detroit People’s Food Co-Op, which would be community- and Black-owned. There are opportunities that are happening, but most of the stores in the city of Detroit are owned by [individuals of] ethnic Arab or Chaldean background, and so that’s another thing we have to consider when we’re connecting these two entities.

We want to make sure that there's open communication between the community and store owners, and also we’re providing training to the store owners to say, "How do you provide better customer service? How do you make sure people don't feel like they're getting poor service or they're being watched when they're in your store?" We're trying to improve those relationships.

What are your goals for the rest of 2021? How do you see this building out in the next few years?

Our overall goals are to improve the grocery landscape by the end of the three years in at least 25 stores, which would be about 35% of the stores in the city of Detroit. We also want to improve healthy eating outcomes. I think overall we just want to stop that leakage that's been happening from folks leaving the city to go out to the suburban stores, the big-box grocers.

The second thing we want to do is increase capacity of the store owners to be able to offer high-quality, affordable food and connecting them to local producers, as well. Eastern Market (a not-for-profit public market for area farmers and other small businesses) is a member on our grocery coalition, and we hope to improve that distribution network between local farmers and the grocery-store owners so stores can lower the cost, because they're getting the food from right here.

The third one is healthy food marketing intervention. We're going to take the approach that many have used in corner stores to reorganize, get some new shelving, recipe cards, whatever it takes. The option is that you would go into a grocery store and you would have an easier time understanding—through a stoplight methodology or whatever we use—what good foods you should be eating, and here are some key recipes; here are the items you need and here are the aisles they're located in; maybe we can put them all in one place.

We want to promote those changes and get the word out that this is a nice place where you can go—maybe they would have a healthy checkout aisle so that if you're parent bringing your young child, you know you can go there can go in that aisle and know your child won't be asking for the junk food, the candy. It's going to be a store-by-store basis for how it rolls out.

A big part of this is helping make it easier for Detroit residents to access fresh, healthful, affordable food options. What does food justice look like to you?

I would say a community that has food justice has total access to high-quality, affordable, healthy food; they don’t even have to think about it. Everything you see in a white, middle-class suburban neighborhood is what you need to see in the urban Black neighborhood—an abundance of healthy food and availability. You would want low food insecurity in the community, so people have the ability to get food when they need it. It’s more than just food; it’s about addressing the social determinants for a community.