What began as a mission to change the way America eats has become a multimillion dollar business spreading passion for quality cheese and food from outposts on both coasts—and soon, overseas. “Today, it sounds like a standard mission,” says Kurt Beecher Dammeier, executive chef and founder of the original Beecher’s Handmade Cheese in Seattle’s Pike Place Market. “But in 2003, it was a kind of freaky thing to say.”

Named for Dammeier’s great-grandfather, Beecher’s Seattle store not only sells American-made cheddars, blues and bloomy rinds, but it also produces award-winning cheeses behind a glass-walled 1,000-square-foot kitchen within its 3,000-square-foot retail space, giving customers a rare view into the art and science of cheese making. “We were getting people to think about how their food was made, which wasn’t the norm in 2003,” says Dammeier, whose revolutionary urban cheese-making operation was born the moment he saw a vacancy at Pike Place Market.

“I had, and still do have, a deep love of Pike Place Market. It’s so soulful and makes me warm and happy,” says the chef-retailer, who signed the lease before knowing if it was legal to have a cheese-making operation on-site. As luck would have it, permits were procured, and Beecher’s made its first vat of cheese on opening day Nov. 17, 2003. A cookbook author and professional chef, Dammeier initially imagined himself in the role of cheese maker. He enrolled in a three-day short course on cheese making at Washington State University. “By noon on the first day, I had learned everything I needed to know, which was that I was not going to make cheese,” he says with a laugh.

From the beginning, Beecher’s has worked with a succession of talented cheese makers, who have helped gain notoriety and acclaim for the brand that continues today. In 2007, the still fledgling business celebrated its first defining win, when Beecher’s Flagship Reserve took first place in the Aged Cheddar category at the American Cheese Society’s Annual Conference and Competition. “For us to win that award in Vermont— in the heart of cheddar country—was so meaningful,” says Dammeier. “I always say it took us four years to become an overnight success.” 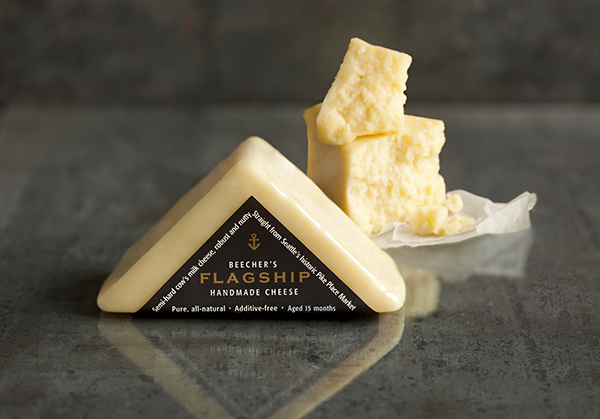 Preparing and selling quality, wholesome cheese-focused food has been integral to Beecher’s mission. Its three cafes in the Seattle area (including one at the Seattle-Tacoma International Airport)—as well as its cafe and restaurant in New York—turn out tempting grilled cheese sandwiches, fresh salads and cheese plates featuring premium American cheeses. “I want people to cook with and eat great cheese every day, whether in our recipe for ‘World’s Best Mac & Cheese’ or au gratin potatoes. Cheese should be enjoyed in more than just a fussy Friday night cheese board,” says Dammeier.

On a 2007 trip to New York to promote his then-recently published cookbook and prepare his signature Mac & Cheese with a hint of chipotle and garlic on the “Martha Stewart Show,” Dammeier was inspired to bring Beecher’s to Manhattan. “I knew I’d be marrying New York City,” says Dammeier, whose Beecher’s Handmade Cheese opened in New York’s Flatiron District in 2010. A larger location at 8,500 square feet, the Flatiron operation includes retail, a cheese-making kitchen, a cafe and a restaurant. Today, Beecher’s produces more cheese in New York than Seattle.

The cafes at both the New York and Seattle locations afford Beecher’s an important opportunity to further its mission of inspiring Americans to eat better food and cheese. “Using great cheese makes better food, whether it’s a sandwich, salad or pasta,” he says. “I always encourage people to use up little leftover cheeses and cook with them.” This July, Beecher’s will bring its love of artisanal cheese to the Japanese port city of Nagoya, when it opens its newest shop in this country’s third-largest incorporated city.

Another of Beecher’s founding principles is to support the category of artisanal American cheeses by selling them exclusively. In addition to its own cheeses, Beecher’s sells between 50 and 60 other American cheeses. Exclusivity hasn’t always been easy. “It was difficult to find 60 American artisanal cheeses back in 2003,” he says. “Today, it’s hard to pick amongst all of the great ones.”

According to the 2016 State of the U.S. Artisanal/Specialty Cheese Industry report from the American Cheese Society in Denver, there are more than 900 artisan and specialty cheese makers in the country today. At its retail locations, Beecher’s displays its own cheeses in the center of the case with a bounty of other artisanal American cheeses around them. Of course, the sensory experience at Beecher’s is much more than a visual feast. “You can sample every cheese in the case. We want everyone to eat lots of cheese when they’re in our stores,” says Dammeier. “I love the Yelp reviews that say we’re a great place to have lunch—and you don’t have to pay!”

He believes Beecher’s generous spirit builds trust, which in turn furthers the brand. “We have a high standard on food and cheese, and we don’t settle,” he says. “Our brand is the most valuable thing we’ve created, and what creates a brand is trust.” Decisions at Beecher’s, including its generous sampling policy, are made with the company’s long-term values and mission in mind. “In every meeting, I imagine there’s a customer sitting there who we want to approve of our choices,” says Dammeier.

As Beecher’s continues to realize its mission through nearly 15 years in operation, Dammeier has found that the company’s guiding philosophy not only builds customer loyalty, but attracts like-minded employees as well. “People come to us because they want to work with a company with our mission,” he says. Beecher’s cheese mongers are among the best in the business, the company says. They share their vast knowledge of different American cheeses and cheese makers every day.

The retailer rotates its featured cheeses to ensure proper back stock for sale and sampling. The cheese mongers also lead demos and teach classes on topics such as cheese and wine pairing. For customers in a hurry, signage can do the selling: Signs at Beecher’s include an outline of the state from which each cheese hails, as well as an illustration of the animal that produced the milk. 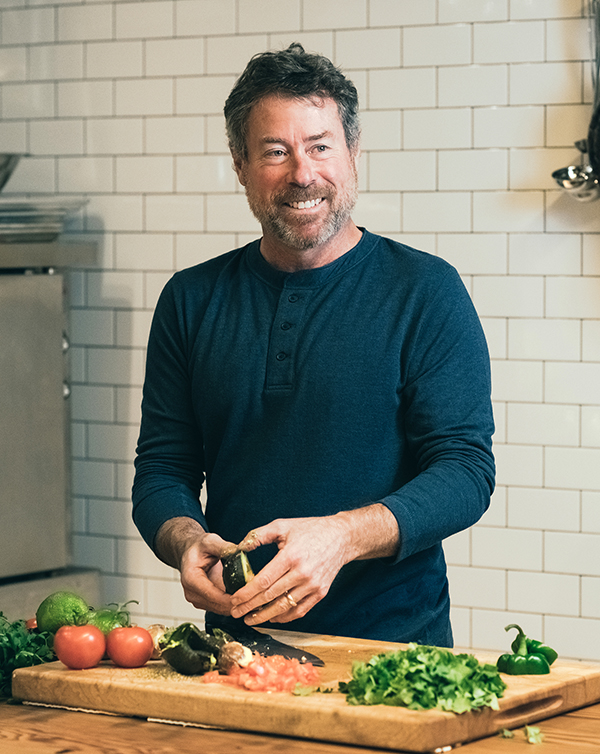 As both a retailer and producer of cheese, Beecher’s is doubly focused on food safety throughout its operations. “We’re really manic about food safety,” says Dammeier. Beecher’s, which is certified by the British Retail Consortium, invites random audits from the organization, which in 2000 became the first food safety standard to be recognized by the Global Food Safety Initiative. The standard includes both food safety and quality requirements that food manufacturers must meet to be certified.

“With cut-to-order, there’s a great chance for cross contamination,” he says. “We cut a one- to two-day supply at a time, and we log everything we’re doing.” At first, Dammeier worried that customers would miss an emphasis on cut-to-order. “It turns out that our customers liked it better because it was faster,” he says. “We offer different sizes, and customers like to pick up the cheeses and look at them. It also allows our cheese mongers to focus more on talking about the cheeses rather than having their backs to the customers while cutting.

The company’s mission to change the way America eats is at the forefront of its every decision, including the creation of Beecher’s Pure Food Kids Foundation and Pure Food Kids Workshop; 1% of the company’s sales fund the programs, focused on educating fourth-and fifth-graders on the “truth of the food system.” In the last 10 years, the foundation has reached 120,000 kids in Seattle and New York through its workshops, which teach kids how to read labels, decipher unhealthy ingredients and prepare a vegetarian chili together. “We train them to be food detectives,” says Dammeier. He says the program “has a high success rate in sparking change in the food that families buy and eat.”

While American artisanal cheese consumption and production continues to grow, and Beecher’s expands its reach to shoppers and their kids, Dammeier remains humble about the company’s mission. “We were several drops in the waterfall of change, but Americans have changed what they eat, and are increasingly focused on quality,” he says.