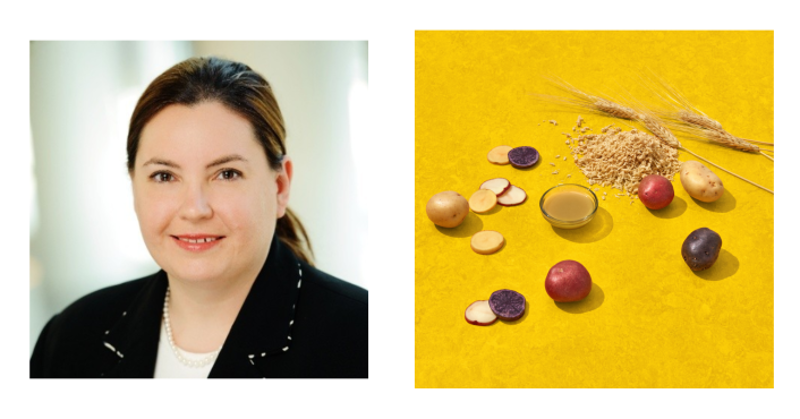 Plant-based meat and dairy alternatives posted record sales in 2020, and a new report from Bloomberg Intelligence suggests the market could reach 7.7% of the global protein market and a global valuation of $162 billion by 2030, up from $29.4 billion in 2020.

And now, after plant-based players' further expansion in retail into products like sausages and meatballs earlier this year, meatless chicken appears poised for a breakout moment this fall: Earlier this week, Redwood City, Calif.-based Impossible Foods confirmed that it plans to debut meatless nuggets this fall, and on Thursday, Lakeland, Fla.-based Publix introduced pea-based chickenless tenders.

At the same time, sales of plant-based meat alternatives slipped in July vs. tough-to-beat year-ago levels, and more meatless products were sold on promotion. As prices for conventional meats continue to climb at the grocery store and the alternatives market becomes more crowded with both more players elbowing for case space and expanded variety within categories, how does the market for plant-based look for the rest of 2021 and beyond? For perspective on that question, WGB spoke with Jennifer Bartashus, one of the report's authors and senior analyst for food and food retail at Bloomberg Intelligence.

Christine LaFave Grace: Plant-based meat alternatives enjoyed record sales last year, but so did conventional meats, especially as consumers weren't spending as many of their food dollars at restaurants. How do the influences of the pandemic affect the plant-based market, both in meat alternatives and other categories?

Jennifer Bartashus: The pandemic has actually been a little bit of a boon for the plant-based market. In 2019 and into early 2020, we saw a lot of consumers’ experimentation with (plant-based) through offerings at restaurants. The exposure that they had to it through restaurants then was able to translate into retail sales during the pandemic, and so there was a nice tailwind coming into the pandemic where consumers had great awareness of these plant-based products.

Also, in the early days of the pandemic, we saw meat prices spike because of plant closures and issues with the supply chain. In contrast, there was some availability of these alternative products in stores that then also lent itself to people buying them. And then once consumers had a good experience, we’ve seen repeat purchase rates stay pretty strong. I think all of those things together during the pandemic helped really provide a catalyst for the plant-based food industry.

That’s interesting also considering where we are now with pricing and inflation—retail protein prices having gone up for the seventh straight month in July and wholesale meat prices well above year-ago levels. Through the rest of this year, does inflation spur even more trial of plant-based?

There’s the potential for that. I think the question is, when you look at companies like Beyond Meat and Impossible Foods, for example, they have been very clear that they have a strategic goal of achieving price parity with conventional proteins for at least one of their products. So if these companies take the opportunity to actually keep their prices steady or to even lower them, at the same time when conventional protein prices are rising, that could be a very large opportunity to bring people into buying the products and repeat-buying those products. So the question is, how much are they willing to invest to deliver on that promise, perhaps even a little bit earlier than they originally anticipated because the market conditions seem primed to give them the opportunity to do so?

Alpha Foods last month called out "Chickenflation" in a new ad that mentioned chicken supply-chain challenges and announced that the company was lowering prices for its meatless Chik'n products. And now, after two years of chicken-sandwich wars, restaurant players like Popeyes and Inspire Brands' Arby's are turning their attention to chicken nuggets. Is this the moment for meatless chicken?

There are new products that are coming to the market on a regular basis, and we think that chicken alternatives are going to be a big part of the next 12 to 18 months.

When plant-based foods first started to gain traction, I think consumers liked the concept that the beef replacements were a healthier alternative to beef, and there was a lot of that replacement behavior going on. And I think now people are looking at chicken, which has already historically had a healthier profile in consumers’ minds—the development of some of these new products where the taste and the mouthfeel is so similar to chicken, that I think they’re really now primed for a more-rapid consumer adoption.

And if price is in the equation or there’s some benefit to that product that consumers like, then that becomes a reason to buy. And by benefit, I don’t necessarily mean only nutrition or health perception—it could also just be flavor or convenience. There are different attributes that appeal to customers at different times.

So faux chicken nuggets, that’s going to be the next thing?

What we’ve seen with restaurants in the past, such as when we look at the role that the Impossible Whopper played with Burger King in raising consumer awareness, chicken nuggets at KFC or any of these other large chains could have a very similar effect of just raising the consciousness of the alternative products that are out there, which then lends itself to repeat purchases at the grocery store.

For plant-based producers, what are differentiating factors in these increasingly crowded categories? We see some companies touting a minimal number of ingredients, for example, or the use of "whole" ingredients, to convey that their products aren't as highly processed as maybe some of their competitors' are. What's more important for long-term success and growth, the fact that a product tastes just like its conventional counterpart or that it has a health halo around specific ingredients and how it's made?

In order to really break through, the most important thing is taste. Establishing the baseline of taste then gives companies a place to start where then they can improve the nutritional profile or they can improve on other aspects of that product.

There is something to be said for the direction that these products are moving in, and I think it is actually a little easier in the chicken category than the beef category (to have) simple labels. When people look at the label and they see that it’s fava-bean protein and sunflower oil, it’s an understandable label.

I think there’s an aspiration for a lot of companies in this space to move in that direction so they can shift the perception that they’re highly processed. I think that is something that will be important to consumers, but I think we’re still in the early stages of that. So companies can use the time now, while they’re benefiting from the taste profile and the halo of restaurant adoption, to work on those formulations to meet their long-term goals.

The BI report references milk alternatives as a more-mature plant-based market, but even there we still see significant movement, like with oatmilk’s explosive growth. What else is ahead in milk alternatives? Is peamilk going to be the next oatmilk?

Whether it’s going to be peamilk, or potato—there’s no end to the exploration of different plant sources for alternative milk. Oatmilk is having its moment; I think it’s breathing an additional gust of life into what’s a fairly mature category. But I have no doubt that there will be another iteration of something like that coming that will help sustain some of that interest and momentum.

A lot of (the development) in dairy alternatives, especially, is allergen-related—whether it’s lactose intolerance or other types of allergens that drive the interest and the long-term use of those products. Any new protein that comes along that can help satisfy that and still provide a good taste that doesn’t overwhelm the other product you’re using it in conjunction with is bound to attract interest from consumers.

When we look at the sustainability factor and how that’s spurring some of the R&D on the industry side and some consumers’ choice of alternatives to conventional meat products, how do you see that influencing the market for something like lab-grown meat? Does lab-grown meat have the potential to become a meaningful player?

I think we’re at such an early stage for lab-grown meat in that we don’t really have retail distribution at this point—we have companies just starting to get to there. But I think the initial acceptance is going to be much higher in seafood than in beef or chicken.

If you think about it, a whole piece of fish, a fillet, is a relatively easy molecular structure to replicate. And beyond the environmental concerns (of fishing), imagine if all of the pregnant women in the world no longer had to worry about mercury. That’s something that lab-grown fish can offer.

Conventional seafood in and of itself has huge costs associated with it for transportation—air cargo being flown halfway around the world. Lab-grown alternatives eliminate a huge amount of cost from the supply chain, much more so than you would expect for chicken or beef. I think there are some inherent potential benefits to lab-grown seafood that could be apparent to consumers pretty easily via either health attributes or price. We may see the greatest success in the seafood realm first.