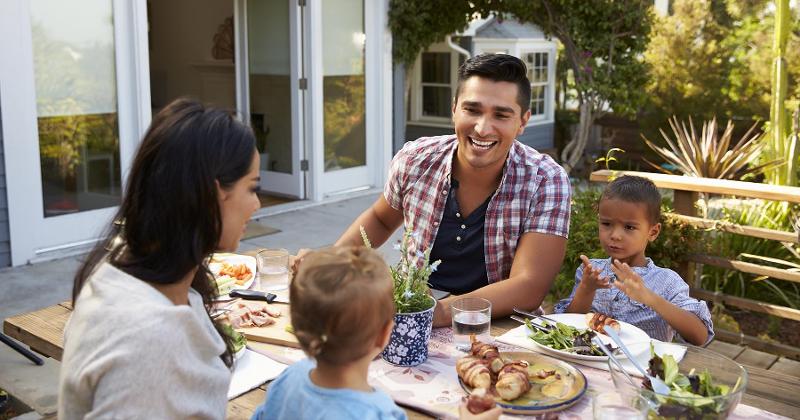 Photograph courtesy of National Pork Board

A new National Pork Board report shows that U.S. Latinos' affinity for pork and growing purchasing power make it a critical audience for the industry. The new report, Time to Tango: Latinos Are Pork's Future, reveals retailers and pork producers need to do a better reaching these consumers while also positioning themselves to serve a robust market over the next few decades.

"Pork is entrenched in Hispanic heritage and culture, and extremely relevant to the fast-growing and economically powerful Hispanic segment," said Jose de Jesus, director of multicultural marketing for the National Pork Board, Des Moines, Iowa. "The pork industry must proactively engage them and better meet their needs, otherwise we risk losing the Latino consumer."

The report is the latest in the National Pork Board's research program called Insight to Action, which examines key behaviors, attitudes and cultural nuances of U.S. Hispanic grocery shoppers. It also outlines top motivators for such consumers in selecting their preferred retailer and meal options.

According to the report, as Hispanic consumers become acculturated and assimilate in the United States, their pork consumption tends to decline over time. Some of this trend has to do with mainstream grocery stores' relative lack of availability of the type and cuts of meat used in many traditional dishes long enjoyed by consumers of Mexican, Central American and South American descent. Nearly half (49%) of Hispanics do not choose mainstream retailers as their go-to store, and instead opt for specialty stores, ethnic markets and bodegas. The meat case is a contributing factor as 44% of Hispanics choose to buy their fresh meat at non-mainstream grocery stores.

An additional factor is also authenticity and variety of foods available for purchase. The report discusses in detail that what foods are relevant and desirable to Cuban or Puerto Rican consumers will often be different than choices made at the grocery store by Mexican-American or Central American shoppers.

Moreover, changing perceptions about pork are as prevalent with Hispanic consumers as with other segments of the U.S. population. The report details a growing concern among Hispanics in the U.S. that pork is not nutritious or as healthful as other types of protein. Specifically, the National Pork Board's report states that 63% of unacculturated Hispanics believe pork is unhealthy.

"The food industry is changing rapidly; foresight and adaptability are the keys to survival. U.S. Hispanics spend $95 billion a year on consumer packaged goods and their purchasing power is growing," said David Newman, a pig farmer and president of the National Pork Board. "It's no longer enough to offer a Hispanic aisle or packaging in Spanish. We need to look at each area of the store and ensure we're meeting Hispanic consumers' needs."

The report is the first in a series of reports, articles and updates the National Pork Board will provide in the months ahead to help the food industry better respond to Hispanic consumers' needs.