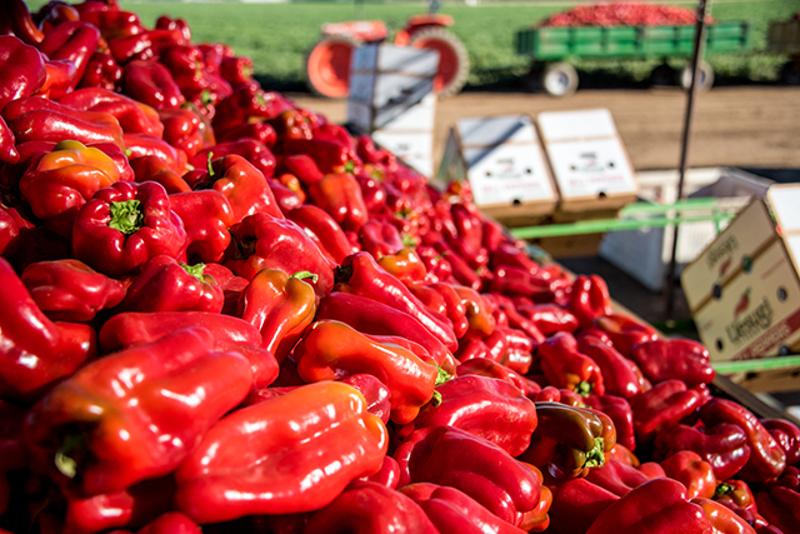 Uesugi Farms, a year-round producer of peppers and Napa cabbage, recently started production of bell peppers, hot peppers and squash in Mexico and expects this season to be its biggest in terms of volume and number of loads crossed over the border.

In 1998, Uesugi started production of only a couple varieties of hot peppers with only one grower in the Obregón area. After recognizing their grower didn’t have the necessary resources available to him to successfully harvest product, Uesugi decided to strengthen the relationship with their grower and invest in his operation.

“We had a rough start in the beginning, but we didn’t let that stop us. We invested in our grower’s operation by investing in the necessary equipment and resources to properly handle the post-harvest treatment of our products and ensure they stay fresh and valuable upon arrival. By helping our grower secure the right equipment, we were able to turn 10 loads into 1,000 and grow our Mexican program every year,” says Pete Aiello, general manager at Uesugi Farms.

Today, Uesugi has expanded to include Napa Cabbage, squash and all varieties of peppers in its repertoire, including bells, and has a total of four growers in Mexico; three in Obregón and one in Culiacán. The company also grown from less than 100 acres in 1998 to roughly 2,500 and have plans to continue to increase acreage.

Aside from expanding land, another advantage of growing in Mexico for Uesugi is the weather. With the days being too short and cold in northern California during this time of year to grow peppers, Uesugi moves their operations down to Mexico every November for warmer weather.

“Peppers are a warm season vegetable and need lots of sunshine, heat and lengthy days. You just don’t get that in northern California in January, so we’re lucky to have additional acreage in Mexico to grow peppers in their optimal environment on a year-round basis,” says Aiello.

With this season’s production being a success so far, Uesugi expects to produce more peppers than ever before this season in Mexico. Once the Mexico harvest comes to a close in June, the company estimates roughly 3,000 loads crossing the border.