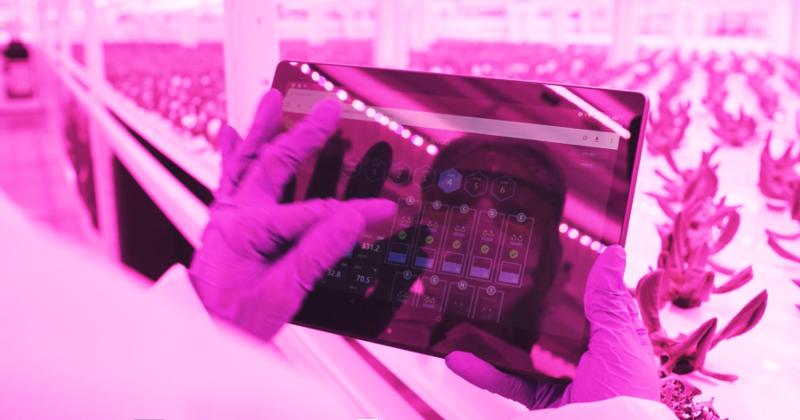 The news follows Kalera's appointment earlier this month of former Georgia governor and U.S. Secretary of Agriculture Sonny Perdue to the company's board of directors. Perdue, who led the U.S. Department of Agriculture under President Donald Trump, joins the board having participated as an investor in the company's latest financing round.

Kalera expects to grow "millions of heads of lettuce" each year at the St. Paul facility; the company's non-GMO, clamshell-packaged lettuces and microgreens will be sold to area retailers, restaurants and other customers, according to a company news release.

"Kalera’s location in the heart of the city will shorten travel time for greens from days to mere hours, preserving nutrients, freshness and flavor," the company said.

Kalera products are currently sold at Publix stores and select restaurants in the Orlando area, where the company operates two farms; additional farms are slated to open this year in Atlanta; Houston; Denver; Seattle; Columbus, Ohio; and Honolulu. Publix Supermarkets board member Maria Sastre joined Kalera's board of directors in February, two months after the company announced it had engaged BofA Securities to explore its strategic options, including a SPAC (special purpose acquisition company) transaction.

Indoor farming is on the rise in the U.S. and globally as consumers gravitate to locally grown products and retailers seek to stock greens that stay fresher longer on shelves because they haven't traveled thousands of miles to get to the store. Often, they can also charge a premium for these greens because of the "locally grown" quality halo. Earthbound Farms Chairman and CEO Bruce Taylor told an Organic Produce Network audience in December that indoor farms will pose a challenge to longstanding, traditional organic growers in 2021 and beyond in part because the "local" label, he said, carries more weight with consumers than "organic."

High-tech operations that use robotic harvesting and AI-boosted monitoring and analysis of growing conditions, production and yield also make vertical farms a force for traditional farms to reckon with, proponents assert. Less human involvement in the growing process and less exposure to outdoor pests potentially reduces the risk of produce contamination and the spread of illnesses that can sicken farmworkers as well as end consumers.