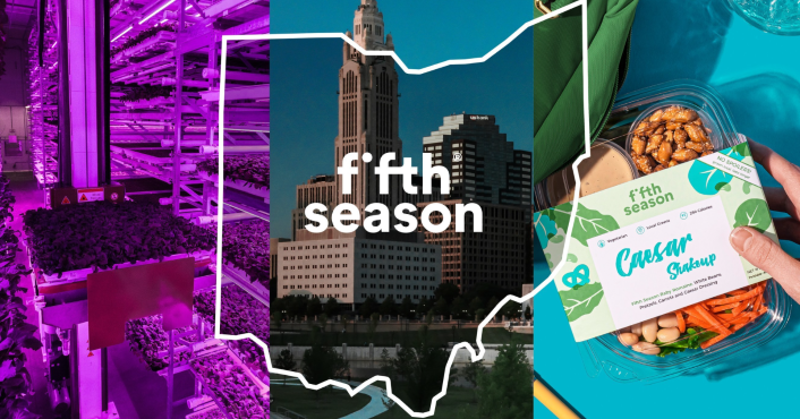 Pittsburgh-based Fifth Season, one of a host of indoor-farming specialists cropping up in colder-weather locales east of the Mississippi, announced plans to build its second vertical farm.

The new facility is expected to open in Columbus, Ohio, in 2023. At 180,000 square feet, it will be approximately three times the size of the company's first farm, which opened in Braddock, Pa., in 2020. (The company's founders met at Carnegie Mellon University in Pittsburgh in 2015.) Besides employing some 250 uses of robots to support growing and harvesting, the new farm will utilize an on-site microgrid and renewable solar energy, according to a Fifth Season news release.

Fifth Season's leafy greens and ready-to-eat salads are available at retailers including Giant Eagle and Kroger; the company said it projects 600% sales growth of its ready-to-eat offerings this year.

"We're positioned to continue being the most capital-efficient company in our sector and rapidly scale our business," new CFO Griffiths said in the company's news release.

Standing out in a crowded field is a top priority for Fifth Season and its competitors seeking expanded retail placement and the capital to continue to grow: Other players in the space include Bowery Farming, AeroFarms, Plenty and Kalera.

See also: A Harvesting Robot and the Future of Farming