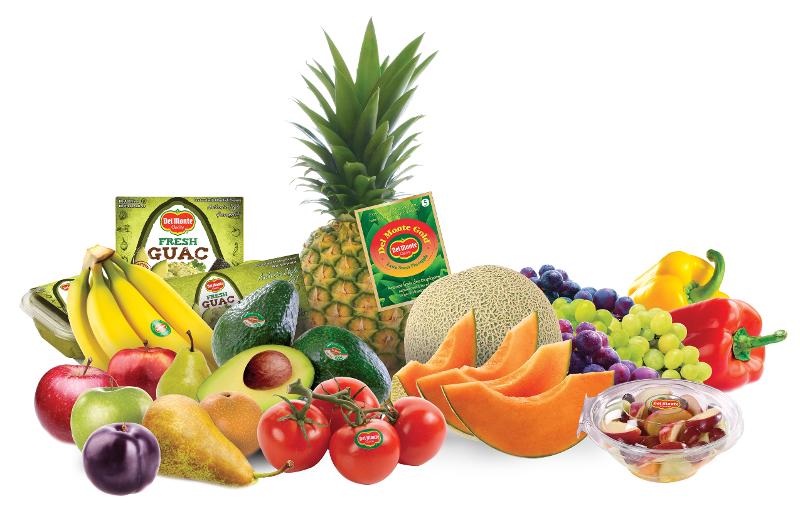 The Sunshine State will experience the magic of produce when growers, packers, shippers and supermarket buyers head to Orlando, Fla., for the Southern Exposure show this month. Hosted by the Southeast Produce Council, this year’s show will be held March 9-11 at the Walt Disney World Dolphin Resort.

The show will feature a variety of events, educational workshops and a day-long trade show. Southern Exposure will kick off with a gala on March 10, which will feature exciting surprises and offer great networking opportunities, say show organizers.

Willie Robertson, CEO of Duck Commander and executive producer of Duck Dynasty and Buck Commander, will deliver the keynote speech on March 11. Over the years, he has taken his company from a living room operation to a premiere destination for all things outdoors, and he will share insight from that experience with attendees.

In addition to three educational workshops, attendees will also have the opportunity to learn about the products and services of the show’s exhibiting companies. Here is a sampling of what some exhibitors will highlight:

“As always, our goal at SEPC Southern Exposure is to engage with current and potential customers and suppliers, as well as to showcase our key products and new initiatives,” says Dionysios Christou, vice president, marketing for the Coral Gables, Fla.-based Del Monte Fresh Produce. “SEPC provides the perfect setting to meet and have substantive discussions with key decision makers, reinforce existing relationships and build new contacts within the industry.”

The company’s whole and fresh cut produce lines as well as its value-added offerings will be featured prominently. Del Monte Gold Extra Sweet pineapple, as well as an extensive line of Del Monte bananas, which includes a number of exotic varieties, will be highlighted. The company will also exhibit its Del Monte Fresh Guac, which is available in multiple flavors and sizes, as well as a range of whole avocado SKUs.

“We will also be showing our full line of the recently introduced washed and ready-to-enjoy baby greens and salad blends under their premium Josie’s Organics line,” Teglia adds.

Mann’s will be exhibiting a portfolio of fresh cut vegetables including its new Kale Beet Blend and Mann’s Nourish Bowls. The Kale Beet Blend is a versatile vegetable blend that can be enjoyed steamed, sautéed, roasted or eaten raw, says Jacob Shafer, marketing and communications specialist for the Salinas, Calif.-based company. The super-food blend includes kale, golden beets, kohlrabi and red cabbage. The blend can be eaten as a nutritious salad, in a smoothie or heated for a quick side dish with any meal, he adds.

“The continuing success of Mann’s portfolio reflects the company’s commitment to creating innovative new products that give cost-effective, fresh and delicious choices to consumers,” says Shafer. “Mann’s goal is to seize the opportunity to join the industry’s finest produce suppliers.”

“We look forward to Southern Exposure each year,” says John Shuman, president. “This is one of our most important events as we are able to connect with the industry through networking and education. The timing of the Southern Exposure event is key for our business, as it is just a few weeks before the beginning of our RealSweet Vidalia onion season.”

In addition to touting its sweet onion program, Shuman Produce will also highlight the company’s diversification into new produce ventures. Shuman Produce has been growing sweet potatoes in North Carolina and Mississippi for a few years, and the first Georgia crop was planted this year. The company has also recently started a Georgia-grown broccoli program.

“We will also be previewing our ‘How To Speak Southern 2.0’ campaign, which connects consumers to our world famous Vidalia onions in a fun and engaging way,” Shuman adds. “This marketing initiative was extremely successful in 2015, and we look forward to building its retail and consumer reach in 2017. We are proud to be a family-owned business that offers the sweetest, highest quality and safest sweet onions available while building a culture of giving back.”

NatureSweet prides itself in handpicking all five varieties of fresh tomatoes at the peak of perfection, says Lori Castillo, marketing director. Based in San Antonio, the company’s tomatoes are vine-ripened and sustainably grown year-round on 1,400 acres of greenhouse land to ensure the highest quality. NatureSweet’s five varieties, which include Glorys, Cherubs, Constellation, Sunbursts, Eclipses and Jubilees, will all be showcased at the company’s booth.

“These complement a range of dishes—everything from salads to sandwiches to simple snacking,” Castillo says. “NatureSweet grows its tomatoes for taste, not yield, so each tomato is carefully raised and harvested for a product that outshines the competition.”

The company is also known for innovative packaging, Castillo notes, adding that NatureSweet is committed to having a positive social, environmental and economic impact on the communities in which it works and lives.

CMI Orchards has established its reputation by offering packaging innovation and a product lineup that is second to none, says Steve Lutz, vice president of marketing for the Wenatchee, Wash.-based company. Southern Exposure attendees will be able to learn about the company’s products and services, including its Daisy Girl organics brand, which has seen remarkable growth, he says.

“Just this season, Daisy Girl is up more than 24 percent for total U.S. supermarket sales,” he says. “Our line-up of branded apples is the best in the industry. Over the last 52 weeks, our Ambrosia, Jazz and Envy are the 9th, 10th and 12th best selling apples in the U.S. No other company has that line-up.

“In addition, we also have Pacific Rose (up 52 percent in sales over the past 52 weeks), KIKU, the sweetest apple being sold in America today, and finally, Kanzi,” Lutz adds. “So far this season, Kanzi has the highest growth rate of any apple in the top 40 varieties. It’s just a spectacular line-up of apples that are driving strong sales increases with our retail partners.”

In addition to boasting its apple program, CMI officials will also talk cherries with show attendees and highlight its import apple and pear programs. “We have strong partnerships with growers in New Zealand, Chile and Argentina,” Lutz says. “These growers produce spectacular fruit so it’s a great way for our customers to maintain category performance well into the summer months.”

At this year’s show, Peri & Sons will showcase its Sweetie Sweet onions, the company’s proprietary onions. The company will also focus on its BBQ Bloomer promotion, which runs from May through August. As part of the promotion, Peri & Sons offers consumers who visit its website a chance to win a high-tech portable barbeque.

Peri & Sons has attended and supported SPEC Southern Exposure for 10 years. “The quantity and quality of connections and networking that we experienced that very first year has remained a consistent factor over the years, and we continue to see value in attending,” says Teri Gibson, director, marketing and customer relations. “The smaller, more casual format works well for us because it allows our team to easily see and connect with more of our existing customers and with prospective customers.”

For more than 35 years, Peri & Sons Farms has been growing, packing and shipping premium white, yellow, red, sweet and organic onions. Today, the Yerington, Nev.-based company farms hundreds of acres each year and sells upward of 350 million pounds of onions year-round from its family farms in Yerington and Firebaugh, Calif