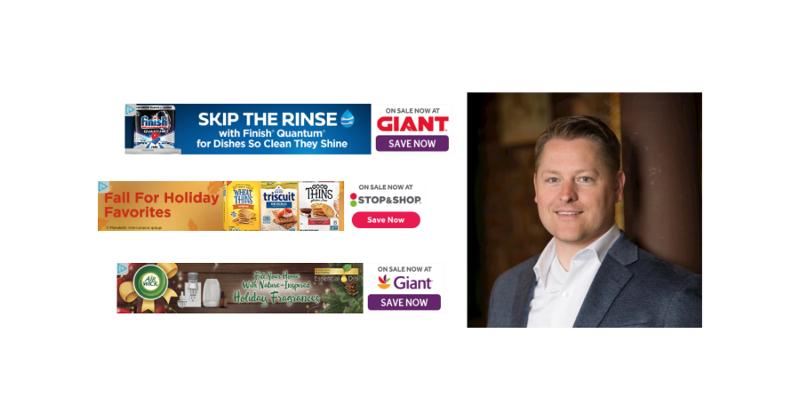 As VP and head of media partnerships for Ahold Delhaize USA’s newly christened AD Retail Media group, Mark Williamson is a key figure in gathering fuel for the retailer’s future.

Sparked by the digital migration of shoppers—and its implications for an industrywide move toward new customer touch points—digital advertising promises retailers and brands not only more effective promotions but a growing source of revenue that in turn can be plowed right back into omnichannel and the customer experience, enabling a “flywheel” powering a new kind of operating model for grocery retail.

Williamson has been with Ahold Delhaize for five years and in the retail media partnership business for more than a decade, having previously served in similar roles for Walmart. On the heels of an announcement that Ahold Delhaize was pioneering a new software capability connecting central CPG assets to local promotions as they happen, Williamson discussed the evolving world of “alternative revenue” with WGB.

The following was excerpted from a conversation on March 16.

Jon Springer: The new capabilities through Quotient can generate digital ads that highlight promotions in a new way. Where will we see these ads—and who will see them?

Mark Williamson: The product that we’re using now can actually put banner advertising all over the internet. So that could be in apps. It could be on a mobile device, or a desktop device.

Our main target is based on loyalty program usage and past purchase behavior. The intent of that is to help the advertising be as relevant as possible, which is a value to the CPG advertising partner, but also to the customer themselves, because we’re showing them product recommendations that are as relevant as we can. In this case, we do also do some "look-like" modeling that may include other customers that we’re maybe not 100% sure what is in their basket and, potentially, non-customers or unknown users that may shop elsewhere. We do that to help expand the reach.

"We want to be able to say to a CPG, ‘How do we help them time their national brand equity programming when an item is on sale in one of our stores?’ "

Can you explain what the breakthrough is here? What is different about what you’re able to do with this technology that you weren't before?

Our main objective at the beginning of this was, we want to create more commerce-centric media solutions for CPGs. And by that, I mean, we may work with a large manufacturer, like a Procter & Gamble, and you have to help them reach the right customers with a Tide ad or a Pantene Pro-V based on past purchase behavior. That’s retail media, and that's been around for at least a decade now. It’s not anything new, working with a CPG brand team who wants to tell a story to the right customer.

But when we look at the core retail business and the evolution to omnichannel shopping, we want to be able to say to a CPG, "How do we help them time their national brand equity programming when an item is on sale in one of our stores?"

So if you think about the two different paths of activation from a trade perspective, there’s a CPG who calls on Stop & Shop or Food Lion, for example, and they’re working on their promotional schedule and their TPR schedule, and they’re deciding what’s going to be in the ad, what’s on the endcap—the nuts-and-bolts of their business. But then back in Cincinnati, there’s somebody on the Tide desk and their focus is their launch pipeline, new flavor, new variants, new sizes. They’re not necessarily concerned about what’s happening specifically at Ahold Delhaize. They want to grow the brand, they want to drive sales, they want to reach new customers, but their activation pipeline is a little bit different.

And when we set out to develop promotion amplification with Quotient, that was really the main thing we were trying to solve for—how do you merge those worlds together in a way that automatically activates a national brand equity campaign at a specific retailer, when that item happens to be on sale at a Food Lion or a Stop & Shop? We try that because we can’t bring the brand team into the commercial planning meeting with Food Lion. But what we can do is use data and advertising technology to automatically activate a campaign if certain conditions are met, and being on sale is one of them. 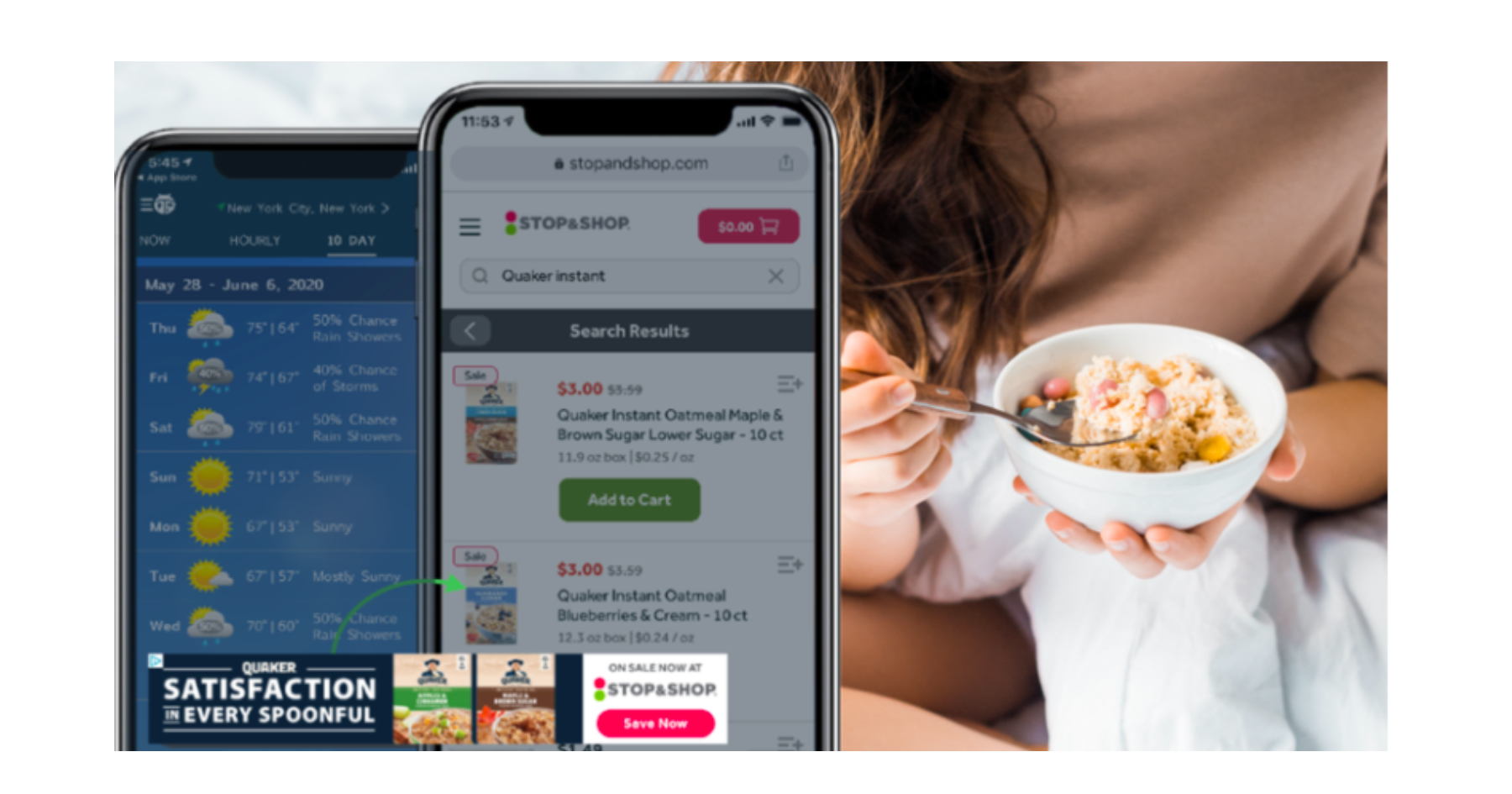 One of the facts Quotient mentioned in the release was that some 90% of promoted items don’t make the printed circular and aren’t seen by consumers.

We can only put so much in it. And so, what our merchants do every single week is decide where’s the most value and what’s the hottest deal. What we wanted to do is challenge that and say in the digital space, things are not infinite, but they’re less finite. There’s theoretically an unlimited amount of customer touch points, as long as we can get the right data in the right place. And the idea is to take those unpublished TPRs, or maybe even those published TPRs, and reach customers that are digitally engaged but maybe they don't get the circular anymore. Maybe they don’t subscribe to our emails, but they’re loyal shoppers. And we have an idea of what types of items are most interesting to them. So that’s really where we're partnering with CPGs to either expand the reach of their TPRs or drive awareness that they exist in the first place.

The price on the shelf is, in most cases, the only form of communication to the customer. So we’re trying to broaden that, accelerated by using digital tools that are much less finite than a traditional circular.

This points to the explosive effects of the digitization of the shopping experience for consumers, and also taps into the potential for advertising revenue, right?

For my team specifically, our job is to generate omnichannel fuel for the organization, to help make sure that we have the funding we need to invest in the customer value proposition, whether it’s investments in click-and-collect, or investments in technology and platform development to create better customer value. But also let’s say if one of our local brands, like Stop & Shop, wants to make an investment in their customer value proposition, whether it’s how fast a delivery comes, what the costs are, or the minimum order value—all of the different elements of that could be greatly enhanced with omnichannel fuel. That’s created through our CPG partnerships program.

I think this is true across my peers at other retailers as well. We think that the sweet spot of retail media—"other income," or "ancillary income," or "omnichannel fuel" or whatever you may call it—the sweet spot is when that fuel is immediately reinvested in driving customer value. And so it’s not just about shoring up the P and L, it’s about bolstering our ability to fund what needs to be funded in changing and dynamic retail environments, and creating a durable business model. We want to do it in a way that immediately drives customer reach and sales within our stores, and traffic to our brand websites. All of those things are incredibly important. And so it’s not just about the dollar itself, it’s about how that dollar is applied and how it’s being used to drive the core part of our business, which is serving customers by selling them groceries.

"The fragmentation of retail media as a driver of other income, and the core retail business, which is merchandising and operations, those worlds are merging together."

What can the industry at large learn from your experience?
Retail media is disrupting retail in general and CPG-retailer relationships. And so, as we all evolve together, we continue to push each other to be better. And whether it’s the recent rebranding of Walmart as Walmart Connect and what we hear from Kroger and the way they’re approaching this line of business, what's clear to me is that the fragmentation of retail media as a driver of other income, and the core retail business, which is merchandising and operations, those worlds are merging together. And it’s happening because we’re putting relevant communication in front of our customers.

CPGs are expecting that the investments they’re making in retail media platforms are helping drive their business. And so that requires us to continue to innovate, and really break down some of these walls that have existed for many years.

Your group, which used to be known as PDL Media Partnerships, now goes by AD Retail Media. Why the change?

I can explain. My team is organized under Peapod Digital Labs, and PDL in general is tasked with being the omnichannel engine to support our local brands with their omnichannel capabilities. That could be the web platform, digital marketing capabilities, personalization, loyalty tools and that kind of thing.

Retail media is one of those things where size and scale matter. It helps us in our partnerships with CPGs when we are as "big and bad" as we possibly can be. But our [company] strategy is centered around our five, or now six, great local [retail] brands. That’s what differentiates us in the marketplace. And so my team walks a fine line between how do we leverage size and scale appropriately while still supporting those brands with their ability to tell their story to their shoppers.

For a couple of years, we called ourselves PDL Media Partnerships. But we found some confusion with Peapod as an operating banner in the Midwest up until last year. There was this legacy understanding of what Peapod was in the CPG community. Changing our name to AD Retail Media was kind of a play on words, AD being ad, and that’s more or less what we offer—the ability to advertise.

But it’s more of a head-nod to the brands we support, and how CPG advertising comes to life in a Stop & Shop, in a Food Lion, at The Giant Co. We think it's the strongest indication that we can offer to say, we support the omnichannel aspirations of the great local brands of Ahold Delhaize USA.