The Minnesota Grocers Association (MGA) has named Kris Kowalski-Christiansen of Kowalski’s Cos. Inc. its chair.

Kowalski succeeds Mark Collier of Superfair Foods in St. James, Minn., who was honored for his two-year term at the MGA's annual convention in Brainerd, Minn., where the new appointment was also announced. 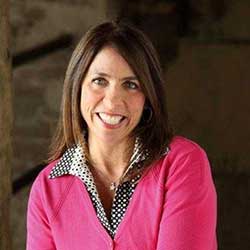 A second-generation leader of her family company, Kowalski has been a member of the MGA board and executive committee for a decade. Her company employs 1,800 people in its 11-store Twin Cities chain.

Kowalski said that it is an "honor" to be the first in her family to be chair of the MGA board. Kowalski's parents, Jim and Mary Ann, have both served as members of the board and executive team.

During her time as chair, Kowalski will work to continue the mission of those before her, including a commitment to advancing policy initiatives and streamlining regulations, as well as educating the public and the legislature about the industry's career potential and community service efforts.

Additionally, Kowalski hopes to emphasize the importance of members being involved in the process.

“I want members to be as engaged as possible,” she said. “I want them to see themselves having an active role in the MGA. If we expect to shape policy and create the kind of change we want, every member needs to be a piece of the puzzle.”