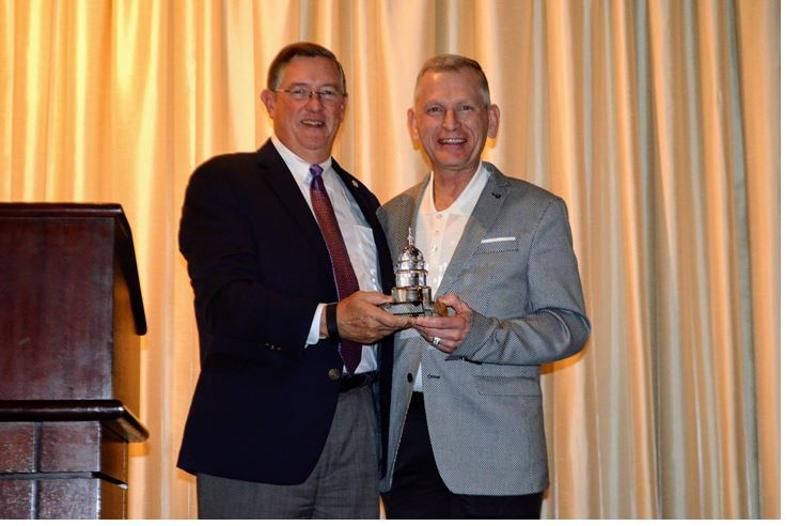 Noting Eskew’s standing “as a steadfast advocate for our industry,” Peter J. Larkin, president and CEO of NGA, said his work over the years “to develop personal relationships with elected officials in areas where Harp’s operates... have yielded positive results for independent grocers and help make a difference when needed most.”

Eskew received his advocacy award at NGA’s Fall Leadership Meetings event in Chicago, which was comprised of the Trading Partner Business Sessions and held in conjunction with the NACS Show. The strategic partnership brought together the leading small format and independent retailers to explore emerging trends in foodservice, consumer packaged goods, retail motor fuels, consumer-facing technologies, and operating best practices.

Eskew joined Harps Food Stores in 1977 as a part-time stock boy while attending the University of Arkansas. In 2017, he was appointed president and CEO of the company.