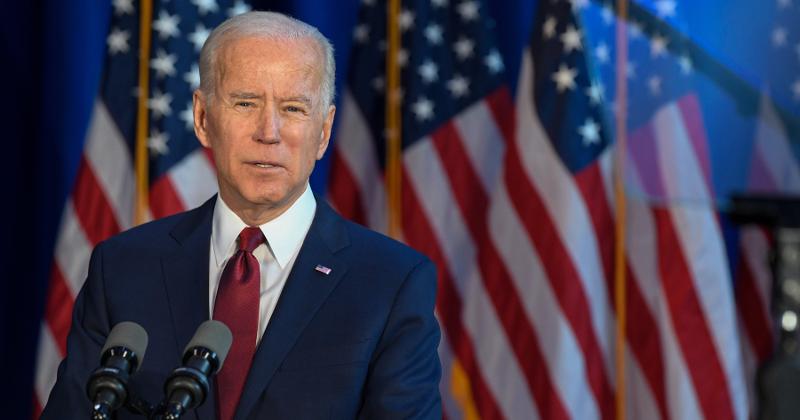 President Joe Biden signed an executive order July 9 that includes 72 initiatives by more than a dozen federal agencies, including calling on the Department of Justice and Federal Trade Commission to enforce antitrust laws, in an effort to promote competition in the American economy.

The goal, according to a White House fact sheet, is to lower prices for families, including on prescription drugs; increase wages for workers; and promote innovation and even faster economic growth.

“For decades, corporate consolidation has been accelerating. In over 75% of U.S. industries, a smaller number of large companies now control more of the business than they did 20 years ago. This is true across healthcare, financial services, agriculture and more,” the fact sheet reads. “That lack of competition drives up prices for consumers. As fewer large players have controlled more of the market, mark-ups (charges over cost) have tripled. Families are paying higher prices for necessities—things like prescription drugs, hearing aids and internet service.”

With regard to antitrust, Biden is calling on the Department of Justice (DOJ) and Federal Trade Commission (FTC) to enforce these laws, including revisiting prior mergers that past administrations did not previously challenge, in markets such as labor, agricultural, healthcare and tech.

As it pertains to labor, the president is encouraging:

The National Grocers Association, which in March issued a white paper calling on Congress and the federal government to modernize antitrust laws to restore competition to the grocery sector, issued a statement the afternoon of July 9 expressing its appreciation for order addressing the nation’s competition policy, specifically its focus on the food sector.

"A diverse, competitive food retail marketplace benefits not only independent community grocers, but consumers, wholesalers, manufacturers, suppliers and farmers. The order marks the first time in more than 20 years the executive branch has taken action to prohibit conduct that violates the Robinson-Patman Act, a law that was stood up to protect consumers as well as food entrepreneurs from dominant grocery chains who take advantage of their size to amass greater power and limit customer options. We look forward to working with the FTC as it reviews these violations and takes action to end these power buyers’ anticompetitive tactics,” NGA President Greg Ferrara said. “Across the nation, independent grocers and wholesalers serve as the cornerstone of their communities, providing access to nutritious food, essential services and creating jobs. It is imperative that today’s food retail marketplace is an equal playing field where local, independent grocers can continue providing affordable, fresh options for their communities.

With regard to healthcare, the order:

And to encourage competition in agriculture, Biden is directing the USDA to:

The White House said consolidation is limiting farmers’ and ranchers’ options for selling their products, which leads to them receiving less when selling their produce and meat—even as prices rises at the grocery store. For example, it said four large meat-packing companies dominate over 80% of the beef market and, in the past five years, farmers’ share of the price of beef has dropped by more than a quarter—from 51.5% to 37.3%—while the price of beef has risen.

The executive order also contains directives to save Americans money on their internet bills; make it easier for people to get refunds from airlines and to comparison shop for flights; make it easier and cheaper for Americans to switch banks; and save Americans with hearing loss money by allowing hearing aids to be sold over the counter at drug stores.