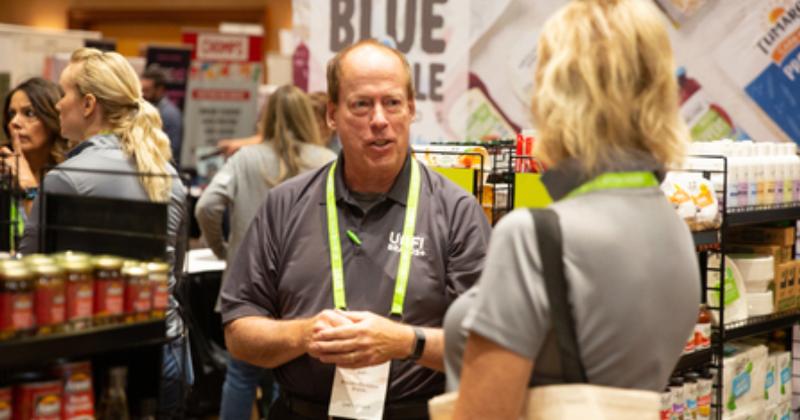 Wholesaler United Natural Foods Inc. (UNFI) wrapped up its Natural Winter show in Las Vegas on Wednesday. Throughout the two-day event, over 2,000 UNFI customer attendees connected with the wholesaler’s network of suppliers, offering a wide-ranging assortment across grocery, fresh, organic and specialty departments.

“The UNFI natural shows always have a strong presence from smaller, innovative, on-trend manufacturers with passionate and meaningful stories,” said Steve Dietz, chief customer officer at UNFI, in a statement. “Retailers come to our shows not only to discover new items to keep their stores a step ahead of their competition, but also for the opportunity to connect with suppliers and utilize our insights and advanced offerings to deliver a differentiated value proposition consumers expect from their local grocer.”

Throughout the year, UNFI hosts over 10,000 registered customer attendees at its four major events, which provides its customers an opportunity for hands-on engagement from UNFI.

“UNFI is more than a grocery distributor, they are our partner in so many aspects of our business,” said Saj Khan, VP of grocery operations and purchasing at Nugget Markets, in a statement. “Through events like this week’s Las Vegas show, they work alongside our team to help us identify new and on-trend products, source the best deals, and assist in supplier negotiations that are impactful to our merchandising plans. Our continued growth and success require our strong partnership with the entire UNFI team.”

A highlight from the show included UNFI’s Pitch Slam competition, presented by UNFI UpNext, a program that discovers and mentors emerging brands. Pitch Slam pits UpNext suppliers against each other in a friendly and fun elevator pitch style competition, UNFI said. This year’s winner of the UNFI Natural Winter Show Pitch Slam is Viv, an earth-friendly and toxin-free period care brand based in Boston.

“Viv is newer to retail as we started off as a direct-to-consumer brand. Through the UpNext program, UNFI has helped give us the extra support and knowledge we needed to bring a facelift to the period care aisle,” said Katie Diasti, CEO and founder of Viv. “Our goal at Pitch Slam was to be bold, vibrant and exciting and it was fun to see all the retailers and those in the audience react to our story.”

UNFI, which reported net sales for the company's fiscal fourth quarter were up 8% year over year to $7.3 billion, will participate in next Thursday’s Consumer Conference hosted by Wolfe Research. UNFI CEO Sandy Douglas and CFO John Howard will participate in a fireside chat.