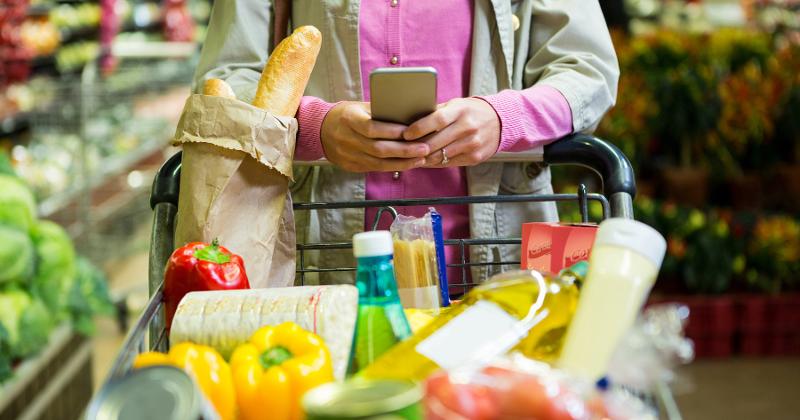 December's food-at-home CPI showed an 11.8% year-over-year uptick, the first time that figure was below 12% since May. / Photo: Shutterstock

Food price inflation tailed off in December amid continued relaxation in the Consumer Price Index (CPI), according to new data released early Thursday.

Three of the six major grocery store food group indices for food-at-home gained on a monthly basis (adjusted) in December. The meat, poultry, fish and eggs index rose 1%, while other food at home and nonalcoholic beverages were up 0.4% and 0.1%, respectively. Indices experiencing decreases were fruit and vegetables (-0.6%) and dairy and related products (-0.3%). Cereals and bakery products were flat.

All six food-at-home food groups remained up in December on an annual basis (unadjusted). The steepest 12-month price hikes came from cereals and bakery products (+16.1%), dairy and related products (+15.3%), other food at home (+13.9%) and nonalcoholic beverages (+12.6%). Those percentages compared with +8.4% for fruit and vegetables and +7.7% for meat, poultry, fish and eggs.

Shortages of eggs at supermarkets and other grocery retailers remain in the headlines, and that’s reflected in December’s CPI for the segment. Egg prices were up by 59.9% year over year (unadjusted) and by 11.1% month to month (adjusted). 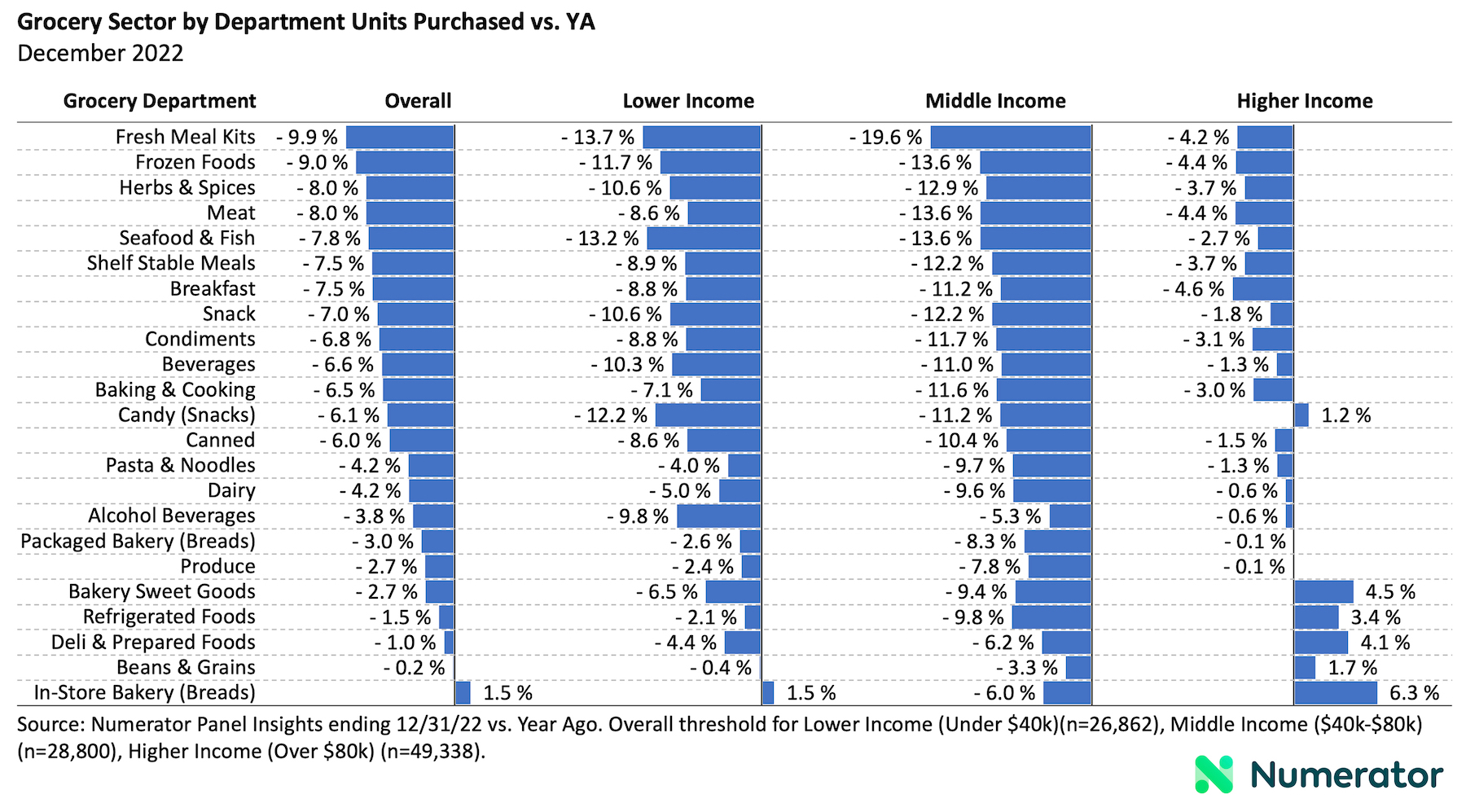 “The latest CPI data serve as encouraging end cap on an otherwise turbulent year,” Andy Harig, vice president of tax, trade, sustainability and policy development at FMI-The Food Industry Association, said in an emailed comment. “As inflation slows, economists remain cautiously optimistic about the potential for a soft landing for the U.S. economy.”

Excluding food and energy, the December CPI rose by 5.7% from a year ago and by 0.3% from a month ago, about the same as increases of 6% year over year and 0.2% month to month in November, BLS reported.

Energy costs have declined but remain a key factor behind elevated inflation, up 7.3% year over year (unadjusted) and down 4.5% month to month in December, compared with an annual gain of 13.1% and a monthly decline of 1.6% in November. Gas and fuel oil prices fell 9.4% and 16.6% month over month, respectively, in December versus a decrease of 2% for gas and a gain of 1.7% for fuel oil in November. On an annual basis, gas prices were down 1.5% and fuel oil prices up 41.5% for December, compared with yearly increases of 10.1% for gas and 65.7% for fuel oil in November.

“The December CPI data reflect that the global food market remains tight. In 2022, we witnessed energy prices become increasingly volatile, creating uncertainty for one of the industry’s most critical input costs. We also continue to monitor severe weather events, trucking and labor, which serve as key influencers on inflation,” Harig noted. “We’re optimistic that there’s beginning to be light at the end of the tunnel. The food industry is working hard to advance initiatives that save time, money and resources in getting fresh, safe and healthy food to the tables of consumers at price points they can afford.”

In its December inflation report, consumer market data specialist Numerator noted that shoppers are reining in purchases across the retail spectrum, including food, with the cutbacks larger among lower- and middle-income households.