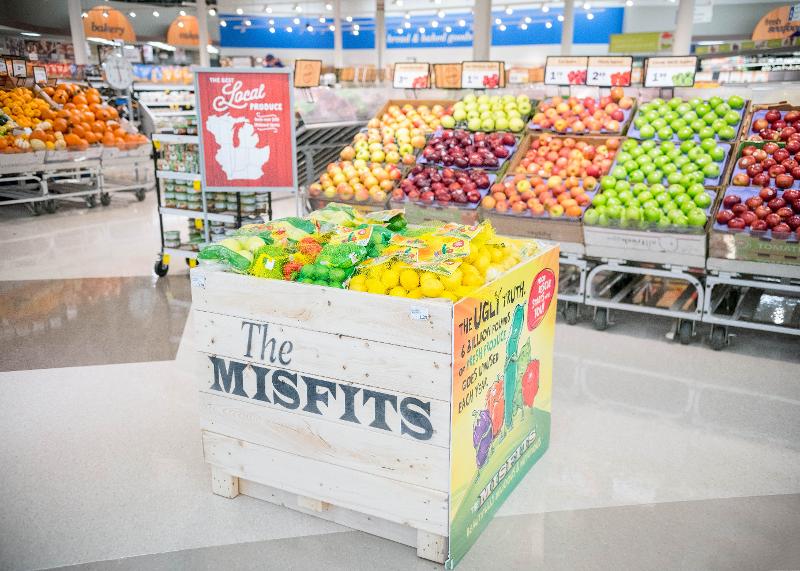 Meijer has expanded its ugly produce program to all store locations. The retailer’s line of Misfits produce offers shoppers cosmetically challenged fruits and vegetables at a discounted price while reducing food waste.

Delivered daily to 235 Meijer stores across the Midwest, the packaged fresh produce includes discolored, scarred or oddly shaped items, but offers the same taste, freshness and quality of other produce that Meijer carries.

“Meijer offers more than 600 types of produce, so the Misfits program has been an incredible extension to our overall selection,” says Peter Vail, VP of produce, deli and bakery at Grand Rapids, Mich.-based Meijer. “There is an inner beauty of this perfectly-imperfect produce. Our customers have responded well to the produce made available through the Misfits program.”

The Misfits program rolled out at all Meijer locations earlier this month and customers have already purchased nearly a quarter of a million pounds of the fresh, ugly produce, supplied by Robinson Fresh.

“We understand there is produce left in the field because farmers don’t think there is a market for it,” says Craig Arneson, Robinson Fresh’s general manager of the north region. “With the Misfits program, farmers have an outlet to sell more produce and customers have an opportunity to save money and help reduce waste.”

Misfits produce items vary week to week based on their availability and are sold at a 20-40 percent discount. Seasonably available produce includes apples, bell peppers, lemons, limes and sweet potatoes. Misfits produce is prominently displayed in a Misfits bin with featured signage in Meijer’s produce section.