In the world of pet food, one word is moving from the sidelines toward center stage.

The American Pet Products Association also recently weighed in on fresh pet food, which accounted for $30.3 billion of a record-breaking $72.5 billion in pet product sales in 2018. That record was due in large part to the availability of fresh food options, which is driving increased spending in the pet food category.

This focus on fresh dovetails with two overarching industry trends: the humanization of the category and what David Lummis, senior pet market analyst for Packaged Facts, calls the “mass premiumization” of pet products. “A lot of pet specialty brands have entered the mass market, which diminishes the exclusivity [of those products] and inhibits retailers’ ability to charge more for them,” Lummis says. “This mass premiumization is a positive for fresh pet food moving forward—the next big thing is fresh food.”

As Lummis points out, “Going back a couple of decades, it meant raw.” But that’s not the case now. The term, he says, has been most commonly associated with refrigerated products ever since Secaucus, N.J.-based Freshpet introduced that format in 2006.

“Freshpet started the mainstreaming of refrigerated fresh and put cases into Walmart and pet superstores,” he says. Although though there have been innovations such as in-store exhibition dog food kitchens, the leader in the category hasn’t really changed. “JustFoodForDogs teamed up with Petco and is testing [dog food kitchens] in-store … but the category is still all about Freshpet and maybe a couple more companies,” Lummis says.

Filling a Role, but Not for Everyone

Fresh might be the new face of superpremium pet food, but kibble remains king in the pet aisle.

“Pet food overall is an approximately $30 billion industry and almost all of that is kibble and wet, with a larger share being kibble,” Lummis says.

Jake Trainor, Freshpet’s director of marketing, admits that fresh isn’t for every pet family—at least not yet.

“Commercially manufactured kibble has been around for nearly 100 years, so it will certainly be some time before fresh as a category has a shot of approaching the size and scale of kibble,” Trainor says. “There will always be some dog owners [who] value convenience when choosing their pet food, so having a longer shelf life and ability to store in their pantry can be appealing. With fresh pet food, it’s a little more involved. Our food is fresh, so it requires storing in your fridge and once opened should be fed within five to seven days.”

For retailers considering adding a few SKUs of fresh refrigerated dog and cat food to their pet products inventory, there are issues to consider before taking the plunge. Retrofitting aisles is one of them. “It is a significant investment and takes a lot of planning—you need equipment, electrical … and you’re dealing with product that is pretty new in the minds of consumers,” Lummis says. “And since [fresh refrigerated pet food] it is pasteurized and not frozen, shelf life is another concern. What is the turnover?”

It’s also advisable for retailers to have a general idea—via customer analytics—about how likely it is that existing frequent pet shoppers will jump on the fresh pet food bandwagon, according to Lummis, who stresses the importance of having a “good understanding of your pet food shoppers for a neighborhood-by-neighborhood approach.”

But those challenges shouldn’t stop stores from giving refrigerated pet food a try.

Lummis sums up the opportunity it presents in his blog post at petproductnews.com: “It’s upper-income pet households that have been doing much of the superpremium heavy lifting, and plenty of others are willing to splurge if it means a healthier, happier pet. Factor in the commitment of heavy hitters like Walmart and Petco, and it’s hard not to conclude that, superpremium-pet-food-wise, the future is fresh.” 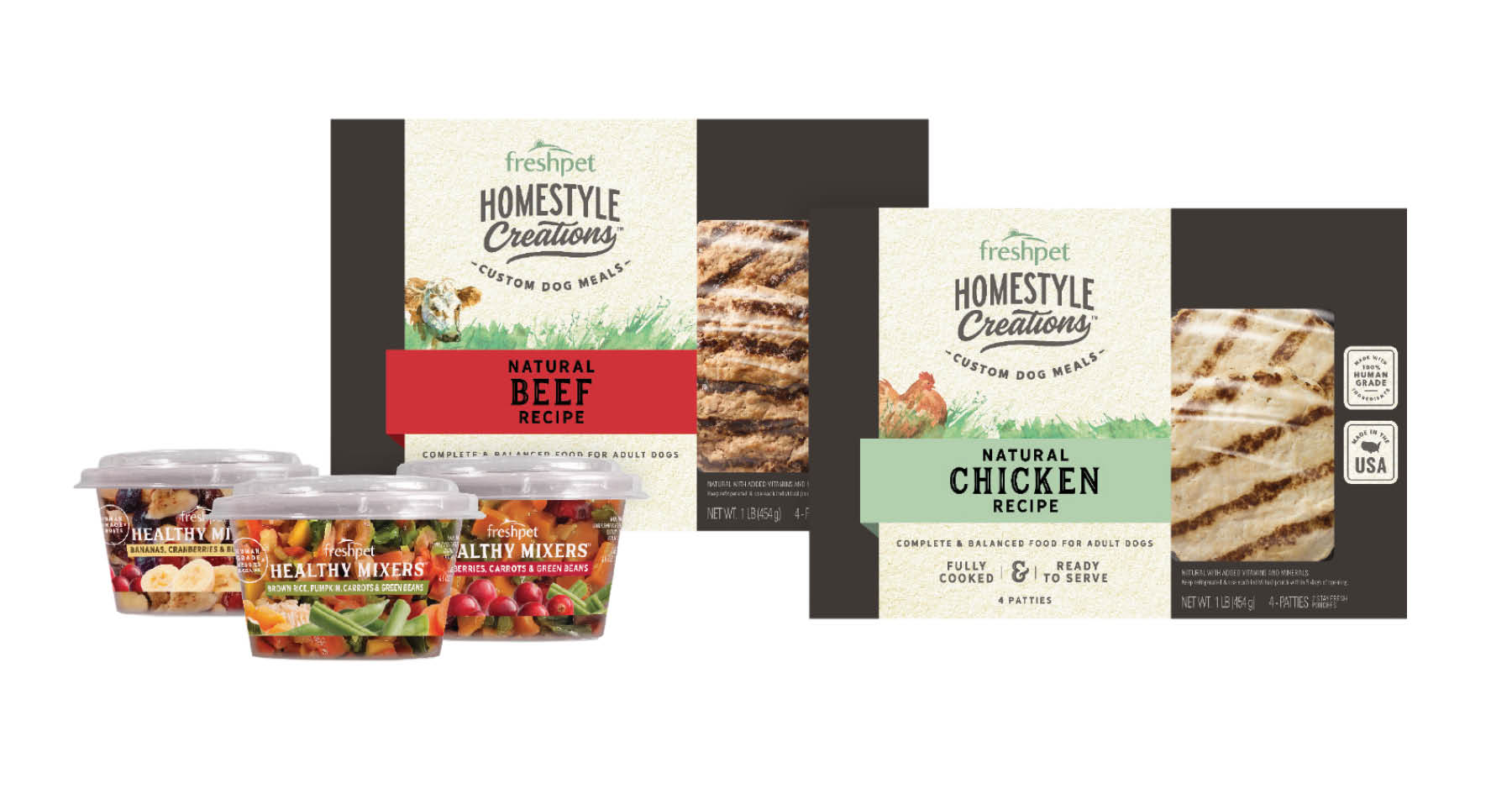 “Fresh” isn’t the only word pet parents are looking for when it comes to caring for their pets. “Natural” and “organic” are other important terms they seek.

Sales of natural supplements, natural living and household products, and natural and organic pet products were all up last year. Citing data from the American Pet Products Association, Carlotta Mast of Boulder, Colo.-based New Hope Network says 73% of millennials own a pet.

These consumers tend to be more concerned about products that are healthy for their pets and the planet. As a result, natural/organic pet products far outpaced conventional last year: up 10.2% to $7 billion vs. only 1.9% growth in conventional pet products.

Refrigerated cases full of pet food have been popping up in grocery stores more frequently as retailers respond to pet owners’ demands for fresh products. But a more recent—and perhaps more important development—is the entry of online-only players.

Companies such as San Francisco-based NomNomNow have brought fresh to a whole new level by offering food that’s minimally processed, made on the spot and shipped directly to consumers, says David Lummis, senior pet market analyst for Packaged Facts.

Founded in 2015, NomNomNow delivers dog and cat meals made with fresh, restaurant-quality ingredients—all cooked weekly in the company’s local kitchen, individually proportioned, tailored to meet the specific nutrition needs of each pet and ready to serve with no prep. Customers can sign up for automatic reorders, and shipping is free.

Other companies in the category that don’t rely on brick-and-mortar stores: The Farmer’s Dog; Pet Plate; Ollie, a company that announced an omnichannel venture with Walmart’s Jet.com in 2018; and Chewy.com, which was acquired by PetSmart in 2017 in a deal valued at $3.35 billion.