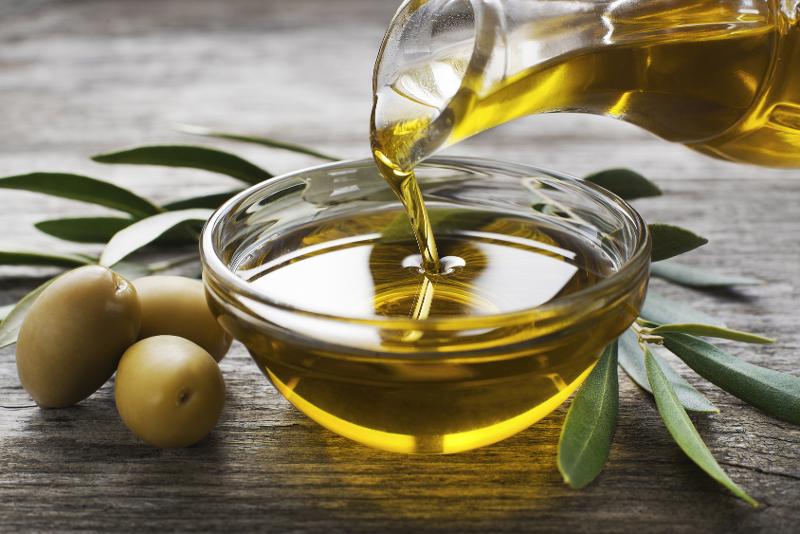 There is no doubt that vegetables are trending.Vegetable oil? Not so much.

Consumers looking to improve their health and wellness through their diets are seeking cooking oil options that align with these goals. Those that provide health benefits—like olive oil—give consumers a reason to reach into their wallets. According to the North American Olive Oil Association (NAOOA), based in Neptune, N.J., olive oil dominates the pourable oil category with a 37 percent share.

Industry observers largely attribute the shift away from refined cooking oils to the changing consumer demographic—specifically, the rise of the Millennial generation as the core group of shoppers. In order to appeal to this new wave consumer, manufacturers and retailers know they must skillfully promote a product’s health and wellness virtues.

“I think that is really the rallying cry. The oil industry, or the industry in general, has to really understand the future of marketing in the U.S., and the largest population in the future will be the Millennials,” says Bill Monroe, president of Pompeian, based in Baltimore. “They have to understand their communications.”

A study done by the NAOOA on consumer attitudes and usage habits outlined that consumers are actively seeking the health benefits provided by olive oil. The sales success of olive oil shows that consumers do understand it to be a healthy choice, and the fact that olive oil contains good fats and cancer-fighting polyphenols is well documented.

The same study noted versatility of uses is also a priority. What some consumers may not know is that olive oil is safe and effective to use for high heat cooking like frying and sautéing—it can even be used for baking. Its wide variety of potential uses makes it a product that can be promoted to a wide array of consumers in store.

“Grocers need to think about why they aren’t promoting olive oils to more of a cooking oil customer,” says David Neuman, CEO of Hollywood, Fla.-based Gaea. “They need to think of olive oil in a more all-purpose way.”

Organic is another important feature for Millennials, and new organic oils continue to hit the market to capture this demographic. Brands like Pompeian, Gaea, Kaldi, Catania-Spagna and many others all offer premium organic olive oils targeted toward this consumer.

“We continue to see the organic and non-GMO movement grow here in the U.S.,” says Mark Coleman, senior vice president retail division of Ayer, Mass.-based Catania-Spagna. “Non-GMO and expeller pressed oils were in very high demand in 2015 and that demand is continuing into 2016. Consumers across the country are demanding better-for-you foods and reading the ingredient statements on the products they buy.”

Catania-Spagna, which produces oils for private label programs, recently developed new bottles in various popular retail sizes. Officials for the company add that it is first to market with these national brand equivalent olive oil bottles. Catania-Spagna also offers many types of oils with the Non-GMO Project Verified and certified organic statuses.

“Younger generations tend to be more health conscious in today’s world; they are cooking more, opting for healthier ingredient options and preparation and have become more adventurous,” Coleman adds. “This may be attributed not only to the health food trends, but also due to all of the cooking shows that are on TV today.”

The increased propensity for experimentation is one of the reasons attributed to the strong growth of specialty oils, observers say, as well as the fact that consumers are skewing towards purchasing luxury products. The “other” oils segment (not including olive, vegetable, canola, corn or peanut) currently has a 14 percent market share, according to data from the NAOOA, and is experiencing growth at 11.5 percent, the highest among the oils category.

In the world of cooking oil, trying something new could mean anything from coconut to grapeseed oil to a new format cooking spray.

One item capturing consumer attention, says Monroe, is Pompeian’s spray oils line. The line comes in environmentally safe packaging featuring a balloon inside a can that contains no propellant. It is available in avocado, coconut and grapeseed varieties, as well as just-released organic extra virgin olive oil. All of the sprays will be considered non-GMO as of this May or June, says Monroe, which he adds is an attribute that consumers are very interested in.

Amid growing curiosity about other types of oils, new innovations within olive oil itself still serve to spur category growth.

Gaea introduced its Virgin Olive Oil at the Fancy Foods Show in San Francisco this past January. Virgin olive oil, says Neuman, is still the first-pressing of the olive (meaning it is unrefined), however the oil has some defect in it that means it does not classify as pure extra virgin olive oil. “It’s a very good cooking oil, and meant to be a cooking oil,” Neuman says. “If it’s extra virgin, it has higher health and taste benefits, it is a little bit more expensive, and you use it raw for the most part.”

The affordable price point of virgin olive oil—Gaea’s will be $6.99-$8.99—is another reason it is ideal to cook with.This product, which is set to begin shipping on May 15, will first be available in a 17-ounce bottle positioned for grocery stores, designed to steer consumers away from cooking with refined oils.

“Gaea’s Virgin Oil is really an easy answer for people that want to have the benefit of olive oil but don’t want to waste money on extra virgin, instead of using the traditional cooking oils that are highly refined and have no health benefit,” Neuman adds.

In addition to seeking healthy, organic and non-GMO, consumers in the U.S. want to know where their food comes from. Pompeian has a partnership with the Dcoop Group, the largest farm group in Spain that represents a quarter of the olive oil produced in the country. This partnership allows the company to trace the oil by bottle, from the farm to the store. The company has complete traceability that ensures freshness, complete quality control and all the standards of a high quality food, Monroe says.

Born in the USA

One step up from traceability in the mind of many consumers is having the peace of mind that their food is grown nearby on U.S. soil. American-made is an attribute consumers look for on many items—from food to clothes and home goods—and now, some are even searching for it from their olive oil, a product traditionally imported from overseas. California Olive Ranch is a popular producer domestically, but some of the European companies are also dipping their toes into U.S. waters.

“We were so excited about [American-produced olive oils] that five years ago we purchased property north of Los Angeles, where we also have another factory, and we have a farm that will harvest our first crop starting in the latter part of this year,” says Monroe, of Pompeian’s planned expansion into U.S. production.  “We are committed to it too, we have a farm, we have a crop that we planned, and we plan on being in the California olive oil business.”

Colavita, with U.S. headquarters in in Edison, N.J., also plans to produce American-made olive oil in California. Its production facility is now open, and the company feels that this new facility will help it offer the wide range of olive oil qualities consumers are now demanding.

“Colavita plans on producing a locally-sourced and locally-bottled California line of olive oil products to expand its portfolio and strengthen its positioning in both the retail and foodservice channels,” says Alexandra Segal, senior marketing manager. “This will add to the company’s offerings of olive oil selections from around the world, reflecting the truly global nature of olive oil production today.”