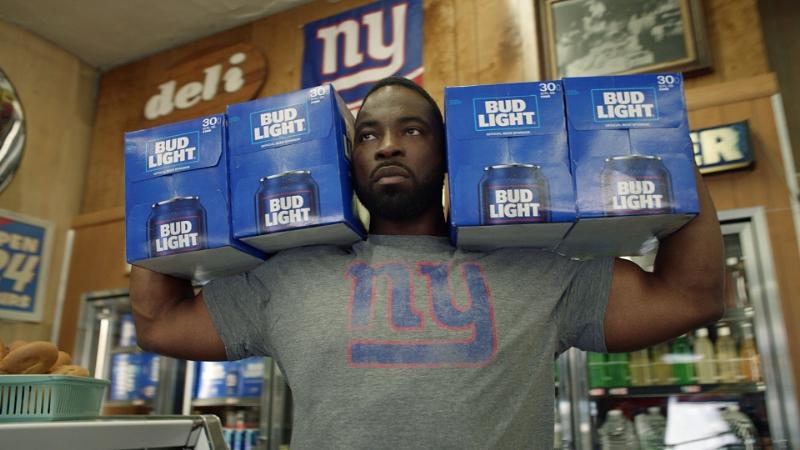 Debuting during Thursday Night Football, the 75-second film was directed by acclaimed music and film director Mark Romanek and includes a voiceover by actor Michael K. Williams. Titled "This is Your Can's Year," the film takes viewers on a journey around the league, encapsulating what the game day fan experience and tradition is like among NFL teams. Fans will be able to catch 15- and 30-second versions of the spot throughout the season, as well as unique team-specific Bud Light spots in their local markets, with all creative led by Bud Light's lead creative agency Wieden+Kennedy.

"Just like wearing your favorite player's jersey or team colors is a badge of honor, so is drinking from your Bud Light team can," says Mark Goldman, senior marketing director of Bud Light. "Our mission with our new film was to pay tribute to the passion fans feel for their team, and capture the optimism that we all feel as NFL fans at the beginning of the season, when it truly can be your team's year."

Along with ads running throughout the NFL season, the comprehensive NFL campaign leverages key elements of Bud Light's NFL partnerships and features a mix of radio, print, digital, programmatic advertising and retail elements. To officially mark the kickoff of the NFL season, Bud Light will ring the opening bell at the New York Stock Exchange on Thursday, Sept. 8. Throughout the season Bud Light will also kick off each week's first game as the presenting sponsor of Thursday Night Football on CBS and NFL Network, integrating the brand and its NFL team cans throughout the broadcast.

"The game wouldn't be the same for us players without the fans who put their heart and soul into game day," adds Tuck. "The Bud Light ad honors each and every one of these fans and their passion for the sport."

In addition to being the Official Beer Sponsor of the NFL, Bud Light has local agreements with 28 NFL teams, each of whom has limited-edition, team-specific packaging allowing fans to take their team spirit to a whole new level, say company officials. Taking inspiration from classic football jerseys, this season's bold and simplistic 12-ounce team cans feature the new Bud Light logo, the team's logo and colors and the NFL logo. The cans will be brought to life in each market through OOH featuring localized, signature phrases that every team's fan will recognize and embrace.