Recently, we asked some high profile thought leaders from well-recognized brands outside deli, such as Disney, Nike, Shinola, United Airlines, Second City and Farmer’s Fridge, about how deli departments might evolve to better serve shoppers. Imagine walking through a grocery store from about 50 years in the past. Navigating the departments, compare what’s there to what’s in stores of today. Would shoppers from yesteryear find today’s shopping landscape exciting and innovative, or would it be all too familiar?

Frankly, although humankind has advanced technologically,  store departments really haven’t adapted all that well in meeting shoppers’ changing lifestyles and needs—at least not as much as we’d like to think they have. The industry experts’ observations aligned with Tyson Foods’ proprietary research that has revealed considerable consumer disappointments with the shopping experience. For example, nearly half of the prepared foods shoppers participating in our Consequences of Failures studies had general complaints about their grocers’ prepared foods departments or had specific issues with products or staff. Even shoppers who were loyal to a particular store gave failing marks for that store’s deli.

We’ve been talking about many of these issues for a while and discussing changes that need to be made, but our group of experts believes they are essentially core retailing problems. They unanimously agreed we can no longer afford to look within our own ecosystem for perspectives and ideas or use our direct competitors for benchmark comparisons.

The brand execs advised instead that now is the time to start building the stores of the future, and in doing so, the customer has to be in the driver’s seat along the entire journey. 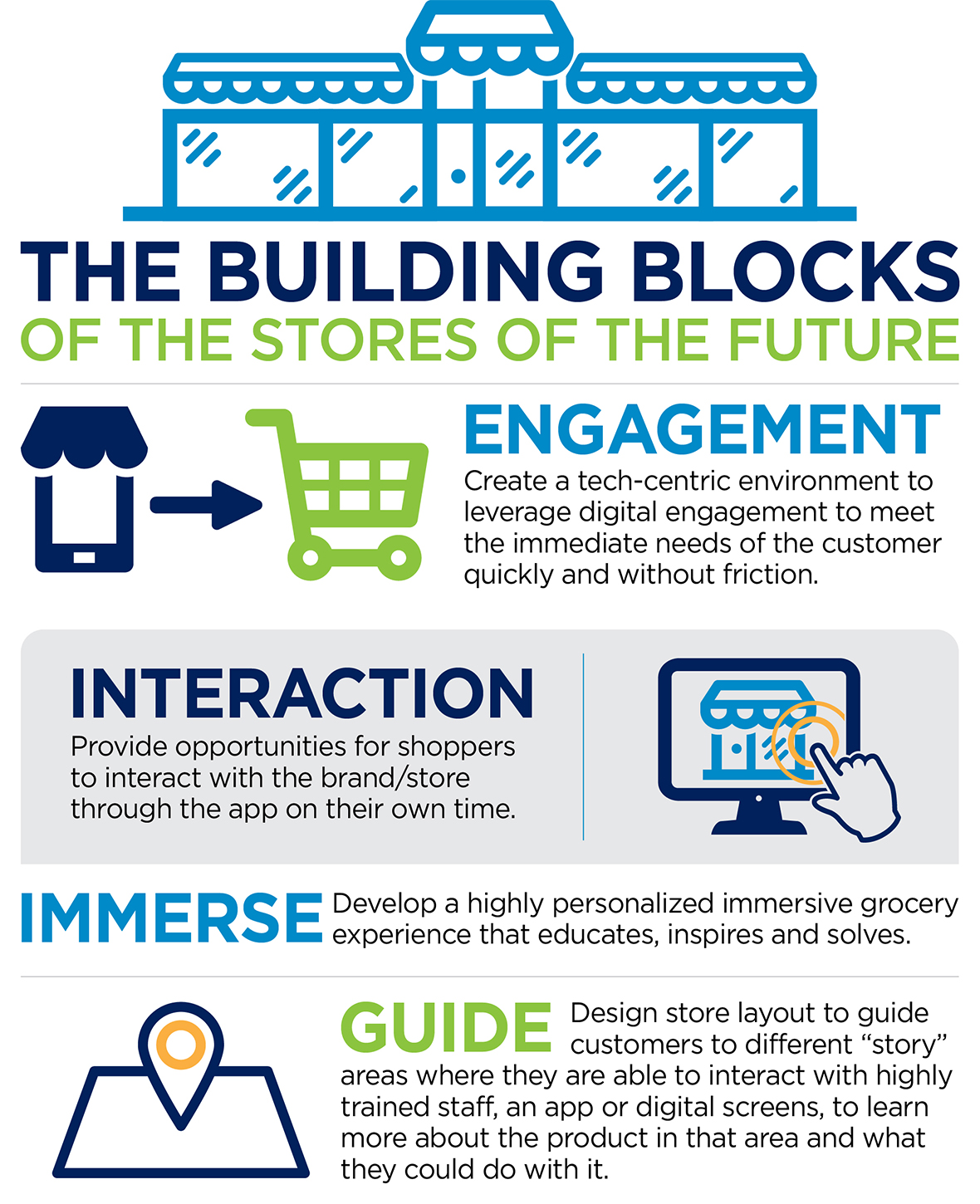 The experts also pointed out that finding innovation requires a unique approach,  and they stressed the urgency of making core improvements in the very short term in order to be able to compete with the likes of Amazon, delivery and convenience. In other words, we need to fix the easy things, the “low hanging fruit,” before we can extend into new platforms and strategies, and that means learning to recognize and correct today’s issues before tackling tomorrow’s challenges.

How do we get from here to there?

In the above video, we get a glimpse of the future of deli, as envisioned by these innovative brand leaders. The stores of the future could be a reality within a few years, as long as we start taking the steps now to get there.

Finally, the experts agreed with our findings that deli should never be just about “price, price, price.” It should, instead, be consumer-driven and focused on transparency in ingredients, sources, processes and consumer-facing prep. In building the deli of the future, it’s time to provide and encourage sustainability in packaging and to embrace a shared experience with shoppers, collaborating with them on recipes and health tips and encouraging their product reviews and feedback.

Find out more about the unique ways Tyson Deli is approaching prepared foods at https://www.tysonvelocity.com/changingtheconversation.