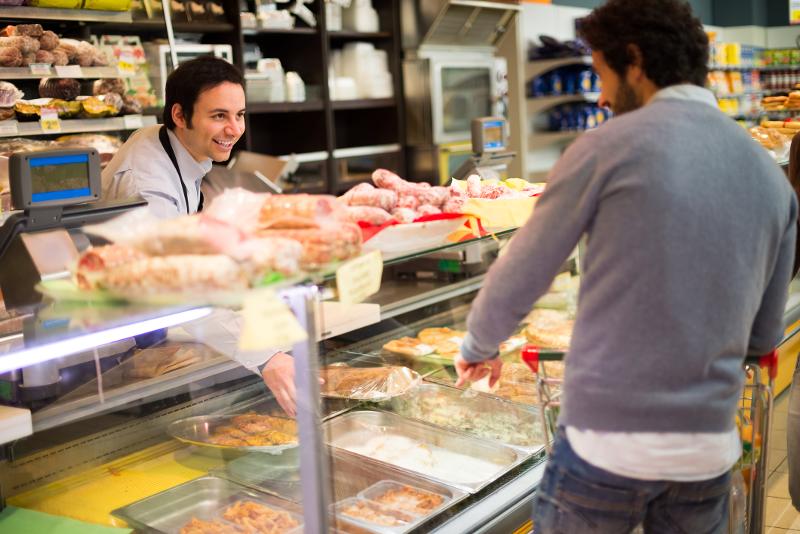 Northgate Markets, a 41-store family-owned supermarket chain in southern California, offers what the company describes as “a cultural assortment of the freshest up-and-coming products that would normally only be available at specialty markets.”

At the company’s newest location—Northgate Gonzalez Market in Anaheim—shoppers find self-serve islands stocked with carnitas and tamales, a hot-food counter featuring empanadas and other Mexican favorites, a taqueria serving a myriad of tacos and burritos and a tortilleria offering 50-plus varieties of tortillas made fresh in-house.

While Hispanic flavors are hot, the Asian category is heating up the marketplace, too: It experienced an almost 4% increase in sales among all food retailers in 2016, according to IRI.

“As you might expect, Mexican and Asian cuisines are at the top of the list as far as what consumers are asking for,” says Wade Hanson, principal, Technomic, Inc. “In turn, supermarket foodservice has responded with a number of different options for its customers in terms of street tacos, fajita platters and Korean beef bowls, to name a few.”

Both cuisines have a place at the Glenwood Kroger in southeast Atlanta, where customers can order from a burrito station, as well as from a sushi station that offers Pan-Asian bowls and other Asian-inspired offerings.

In addition, cutting-edge supermarkets are “taking culinary influences to another level,” says Hanson. As for ways retailers are moving beyond Asian and Mexican cuisines, Hanson pointed to Bristol Farms in southern California. There, customers can purchase the Mediterranean-inspired smoked beef brisket sandwich with spiced tahini paprika sauce on challah bread.

Sixty-two percent of consumers say they purchase an ethnic dish or food featuring ethnic flavors from foodservice at least once a month, and 47% of consumers are highly likely to try items featuring new or interesting flavors at grocery store prepared-foods areas1.

Couple that with the fact that 49% of American adults would shop more frequently at a store with a wider selection of multicultural products2, and the importance of preparing grocery stores to adopt this trend toward ethnic fare becomes clear.

As for doing it well, understanding the generational differences in ethnic food preferences is key.

Furthermore, Millennials place more importance on buying and consuming multicultural flavors than any other generation, with 32% saying it is at least very important. Among those who are 35-44 and 45-54, 27% each find it important, while only 20% of the 55-64 bracket and 21% of adults ages 65 and over feel the same2. Nevertheless, across all generations, three ethnic flavor profiles stand out:

Knowing the makeup of a customer base, then crafting a menu that incorporates authentic global flavors is key to building a successful prepared foods department today—especially if retailers want to attract and maintain the loyalty of younger cohorts of shoppers.