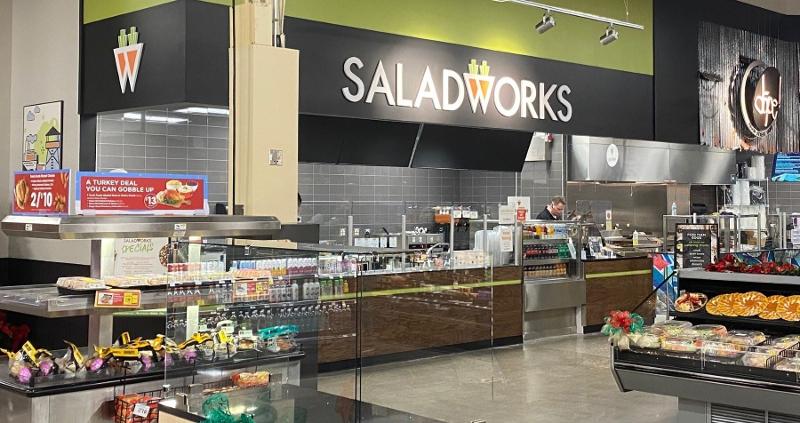 Besides at Kroger stores, Saladworks also operates locations inside ShopRite, The Fresh Grocer and The Giant Company supermarkets. / Photo courtesy of Saladworks

Continuing its foodservice expansion, The Kroger Co. has added two new Saladworks locations in the Columbus, Ohio, area and is set to launch a second Zalat Pizza outlet in the Houston market.

Under the Kitchen United MIX banner, WOWorks operates ghost kitchens that provide “virtual food courts” at various venues, including stores, malls and other public spaces. Customers place orders online at MixFoodHall.com, through a mobile device or via an in-person ordering kiosk using Kitchen United’s MIX platform and then pick up their meals on-site or have them delivered. Restaurant staff prepare the orders, with delivery service fees set by third-party providers.

In addition to its signature recipes, Saladworks offers create-your-own options, including salads, wraps, grain bowls, soups and more, as well as grab-and-go items and catering selections.

“As Saladworks continues to grow, we are excited to have our menu offered at Mix Food Hall locations in Columbus,” Lauriena Bornstein, chief brand officer at Saladworks, said in a statement. “It is our priority to provide individuals and families with healthy food options that are quick and accessible, and partnering with Kitchen United’s Mix Food Hall has allowed us to continue to provide fresh healthy meal options to more people in the communities we serve.”

Saladworks made its debut at Kroger in November 2020 in Cincinnati. More locations opened in Cincinnati the following year, as well as in a Kroger store in Newport, Kentucky, and more Ohio locations are planned.

This past July, Kroger also participated in a funding round for Kitchen United. Besides the new Columbus-area food halls (also including a location in Dublin, Ohio), Kroger has Kitchen United hubs inside Kroger-banner stores in Dallas and Houston and in a Ralphs store in Westwood, Calif., the first Kroger Co. location with the restaurant concept. 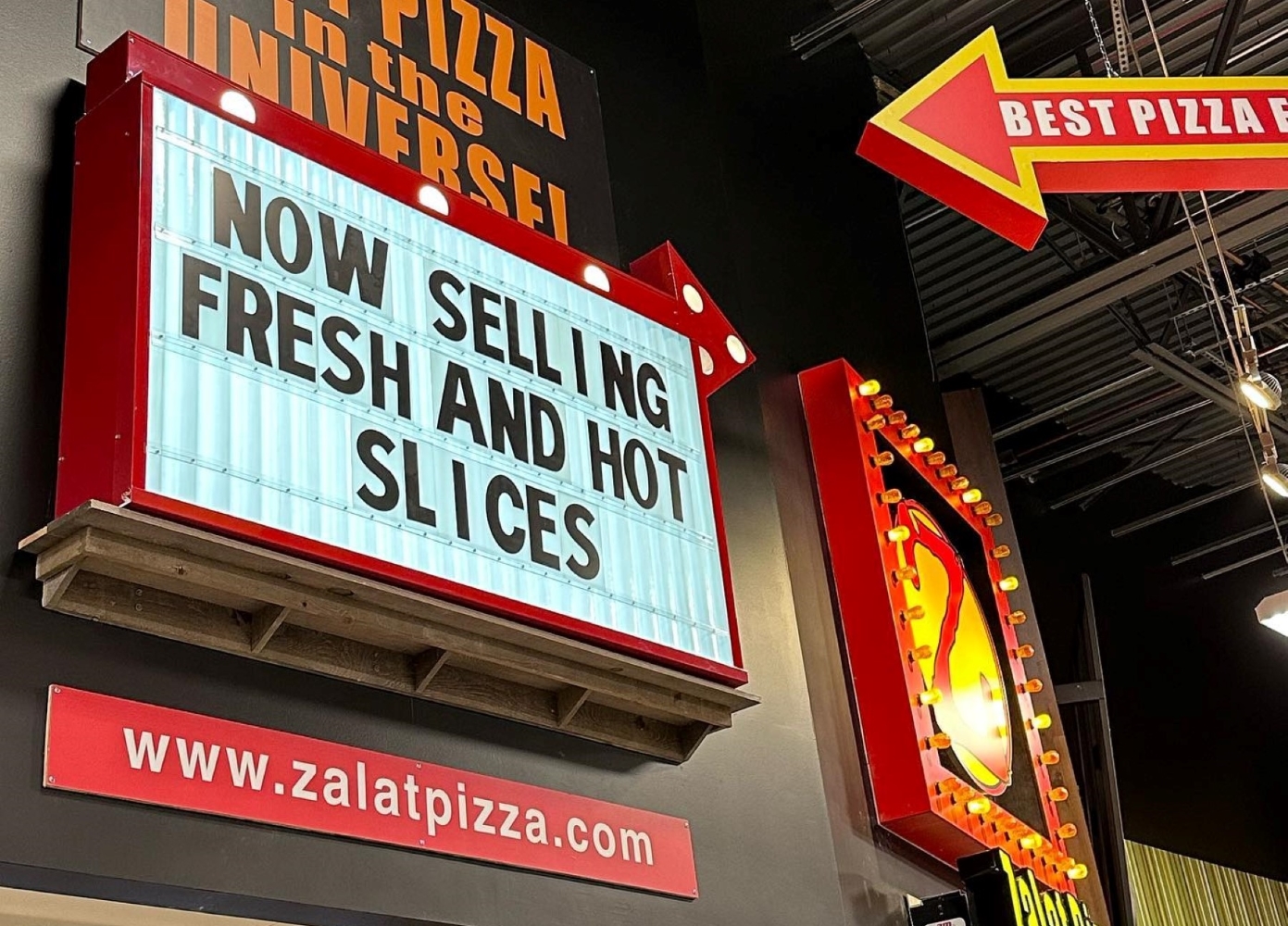 Meanwhile, plans call for Kroger to hold a grand opening for its second Zalat Pizza location on Friday inside a Kroger Marketplace store in Conroe, Texas. The restaurant will offer takeout and third-party delivery, in-store pizza by the slice, retail take-and-bake pizzas, and limited indoor and patio seating.

“Kroger is incredibly pleased to expand our partnership with Zalat Pizza through the introduction of a second in-store restaurant, following the continued success of the first location at our Towne Lake Marketplace,” stated Liz Colvin, vice president of merchandising for Kroger’s Houston Division. “We’re certain our Conroe Marketplace customers will be equally hungry for all Zalat Pizza offers.”

Kroger’s first Zalat Pizza location opened in October at a Kroger Marketplace store in Cypress, Texas, in the Towne Lake Marketplace shopping center. Including the latest location in Conroe, Zalat has 27 restaurants across the Houston and Dallas-Fort Worth markets.

“We are especially excited that Kroger is interested in us because of our best-of-class quality and dedication to our craft,” Zalat Pizza CEO and founder Khanh Nguyen said. “Our model has always been about maintaining the highest levels of execution at large scale, and we’re excited that Kroger shares our vision.”