After a tumultuous year—one defined by a pandemic that has disproportionatelyaffected Black and brown communities and by a racial reckoning in the U.S.—now is a good time for companies to take a critical look at where their diversity, equity and inclusion efforts stand, said Sharon Hall, partner with Chicago-based consulting and executive search firm Spencer Stuart. 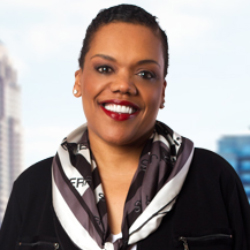 "This is the right time to refine and define your focus" around DEI, said Hall, leading a virtual panel discussion on diversity, equity and inclusion in the food industry as part of FMI's 2021 Midwinter Executive Conference.

Diversity wasn't new to the discussion table for grocers and food and beverage companies in 2020: "All of us have been working at diversity 10, 20 years," Hall said. But the demand among consumers and team members for corporate accountability on racial equity amid last summer's civil unrest left many organizations scrambling to deliver a rapid but thoughtful and meaningful response.

Panel participants Todd Schnuck, chairman and CEO of Schnucks; Angela Spence, director of diversity and inclusion for Ahold Delhaize USA; and Steven Williams, CEO of PepsiCo Foods North America, shared with Hall what they've learned about what's necessary to make real, sustainable progress toward diversity, equity and inclusion (DEI) in their organizations. Here are five takeaways from the panel:

1. Define specific DEI goals, and tie these to your organization's sales goals. One reason why companies struggle to gain traction with diversity, equity and inclusion initiatives is that they have a nebulous idea of what they want to achieve and how doing so will help advance the business's overall goals, Hall said.

"We're trying to do too much at one time, and we haven’t tied our diversity strategy to sales and profits," she said. No one company is going to solve racial injustice, she said, and ill-defined objectives won't win the confidence of consumers or team members—or maintain momentum throughout the organization for a DEI initiative.

"We should identify within our companies what we’re about and stick as close as that lane to possible when you’re looking for diversity initiatives to launch," Hall added. Tying DEI initiatives to sales and profits—not to ideas about better reflecting the population in a given area or doing something "because it's a good and right thing to do"—is vital in ensuring these initiatives stick, she said. "If diversity is not tied to sales and profits, it will not sustain, which has been the problem for the past few decades."

2. Listen. Listen to your team members, and listen to your customers; ask and engage, said Schnuck. "Until you really start to listen and understand, you're not going to really understand the importance of DE and I," Schnuck said.

Schnucks, which in November launched a new supplier diversity program and earlier this month rolled out "Unity is Power" and "We Stand Together Against Racism" T-shirts for Schnucks employees, has hosted a series of listening events with team members and in communities that Schnucks serves. More than 1,000 employees participated last year in a Schnucks diversity town hall meeting, Schnuck said.

Further, active listening demands acting on feedback received, Schnuck said. He shared an experience meeting with Bishop Michael Jones Sr. of Friendly Temple Church, the largest congregation in greater St. Louis. "Before we met, I said, 'Michael, I have to tell you, you’re going to be staring at nine white faces,' " Schnuck recounted. "And he said, ‘Well, Todd, you’re going to have to think about that and do something about that.' " In the next month, Schnucks hired Bill Bradley, who is Black, for its open chief marketing officer position.

The other crucial element to remember about listening, Schnuck said, is that it's never done. "You have to keep asking yourselves, are we solving the right problem?" he said. "How do we keep listening? How do we be persistent so that we’re getting the credibility with our teammates and our community?"

3. Tell your story. Companies that have been working over years or decades to advance diversity within their organization shouldn't shy away from sharing what they've done, said Williams of PepsiCo.

Last summer, "I think the noise and the pace and the intensity of the operating environment was so disorienting, we never had an opportunity to talk about progress," Williams said. "The reality is PepsiCo is still on a journey, and we didn’t get to talk about the journey. ... I think we did what we needed to do, but with a little more time, I think we could have done a much better job of telling a holistic story."

Hall echoed the sentiment. "Many companies took zero credit for all the things they’ve done in all the past years," she said. "It was kind of like, none of that counted, we have to have a fresh start." But prior and sustained investments in support of diversity, equity and inclusion are worth sharing with an organization's audiences, she said—these represent part of a company's journey.

4. Anticipate enthusiasm and have a plan. Spence of Ahold Delhaize USA said the company's supplier diversity and racial equity investment efforts have received a strong positive response from team members (Ahold brands include Food Lion, Giant Food and Stop & Shop). Last year, "I was inundated with calls from associates [asking], 'How can I help, how can I get on board?' " she said.

It was a good problem to have, but in retrospect, "I wish we would have somewhat reflected on what is every single person’s job in this company around diversity and inclusion?" Spence said. By default, team members in certain roles were encouraged to apply those skills sets in diversity and inclusion initiatives, she said, but the company didn't have a formalized vision of, "Here's where we want you to play," she said. With a clearer, more comprehensive plan to seize employees' enthusiasm, teams perhaps could have been mobilized even more, Spence added.

Hall, too, noted the importance of having a plan to engage employees eager to help an organization advance on its goals. "When you start these opportunities, people are passionate, and they look for guidance, and many companies don’t have that guidance to give," she said.

5. Act. Qualitative and quantitative analyses can help an organization gauge where it stands with employees and consumers with respect to diversity, equity and inclusion. Articulating goals based on these analyses and critical organizational self-reflection can be an important next step. But without deliberate, consistent action on and accountability toward these goals, neither progress nor trust will be maintained, panelists cautioned.

Schnuck holds weekly DEI meetings with three members of the company's designated DEI task force, he said.  "I think that gives credibility to what you’re doing and it shows the importance to the organization," Schnuck said.

Hall had an additional recommendation for organizations looking to take new action in support of diversity, equity and inclusion: Act first, and then announce what you've done. "Take a couple of initiatives and then announce," she said. That way, in the eyes of customers and employees alike, "It’s real; you have a little traction," she said.