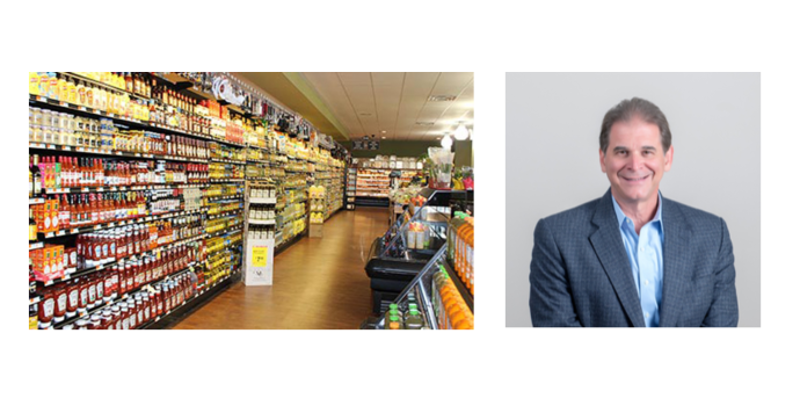 Gus Lebiak took over as president of White Plains, N.Y.-based distributor Krasdale Foods in January—the latest move in a 40-year career in the grocery industry that started when Lebiak stocked shelves at a Foodtown store in New Jersey. Before stepping up to replace the retiring Steve Silver as Krasdale's president, Lebiak worked for eight years with Krasdale's Alpha 1 marketing group and was named the company's COO in 2020. He spoke recently with Winsight Grocery Business about 2021's evolving challenges for the cooperative of independent grocery operators and small bodegas and other food stores that Krasdale serves, from higher producer prices and retail pricing pressures to a challenging labor market.

Christine LaFave Grace: We hear concerns from retailers about passing along higher costs to consumers, especially as more restaurants and other dining venues reopen to full capacity, but at the same time we’ve heard folks say that cooking at home remains strong and that that transition back to dining out maybe isn’t happening as quickly or as dramatically as anticipated. What do you see? Is there more room to take price increases than some retailers may fear?

Gus Lebiak: I don’t think you have a choice. If you look at the margins that retailers and wholesalers run on, there’s not room to absorb much of it. So while you may have a fear of it, you don’t have much of a choice. You have to pass it on.

I think commodities like corn that are going up significantly, in a lot of different areas that’s going to affect the food bill. It’s interesting—when you look at the promotional trackers from the previous year, there were almost no promotions for a while, because there wasn’t enough product. So there’s way more promotions this year than last year, but there’s inflation. We see a lot of price increases coming through. Net/net, almost every category has had some inflation.

The interesting thing is, buying in a supermarket and cooking your own meal is probably a cheaper option than going out. But I see people going out in droves right now. I think people are really, really excited to get back out there.

What’s your take on the Biden Administration’s announcement of the Supply Chain Disruption Task Force? Can that produce meaningful results?

It’s interesting to me. Back in the day, I sat in a few tabletop exercises with Homeland Security and state folks—I’m not sure they understand truly how the supply chain works; it’s very complicated. It’s a volume that’s hard, I think, even for the government to understand.

Think about the amount of freight that’s moving every day. I sat in one of these task forces about a decade ago, and they said, “Well, we have X number of MREs ready to go”—I said, “That’s like a day’s worth,” and they said, “How long would the food last if we shut the roads off?” And I said, “About a day—have you ever seen a snowstorm?”

I remember taking someone to a typical food warehouse, where when you stand in the middle you can’t see the walls. And one guy said, “Oh, is this the only one in the Tri-State area?” And I said, “Not even close.”

This is where I think the government reacted well: Because of the contact with the government we had here [in New York]—we said, “You can’t shut off mass transit through this [pandemic].” Because besides the supply chain, you need the labor. And if you shut off mass transit, not only would the nurses not be going to the hospital, but our warehouse workers wouldn’t be getting to work. I think a lot of what the supply chain task force is probably about—I think the biggest topic is going to be cybersecurity. I think it’s good for them to look at consider what those vulnerabilities are.

"It’s hard to execute when you’re in a very thin-margin game, and you’re trying to keep your head above water every day."

When you look worries about inflation, supply-chain issues, labor challenges, what’s keeping your store partners up at night right now?

I think what’s keeping them up at night is the same thing that has been keeping them up for decades. We deal with a lot of independents, and I think it’s the challenges of running a small business—increasing expenses, increasing regulation. It’s really hard if you own one or two small stores to keep up with that. It’s hard to execute when you’re in a very thin-margin game, and you’re trying to keep your head above water every day. And then other things—increased insurance costs, for instance. It’s very expensive to put a truck on the road, especially in the city. When you look at all of these increasing costs to operate, I think they’re scarier than the volume decline you might get from inflation.

"As far as getting cashiers, that’s become much more difficult. You can’t afford the folks you used to be able to afford."

How’s the labor environment for you right now?

Horrible. Can’t get help. Can’t get help anywhere. And that spans from the clerical levels to office levels. As far as getting cashiers, that’s become much more difficult. You can’t afford the folks you used to be able to afford.

I think we do a little bit better in the warehouse, because we’re a union operation, and we have a mutual respect—we try to pay our guys well and take care of them, and while it’s difficult to find people who can handle the work, I think we’ve renegotiated some contacts, and I think that’s been helpful.

Do you see labor pressures easing at all in the coming year as the economy continues to reopen and recover, or is this a fundamentally new reality we have to contend with?

I don’t know. Good help is always hard to find, right? Help at all is really hard to find. I don’t know if that’s a factor of what’s gone on with the government, maybe there’s going to be a glut of jobs. A lot of these are family businesses that we deal with, they’re still suffering for help, but since they’re a lot smaller, they can run with less people. But it’s difficult. It’s really difficult.