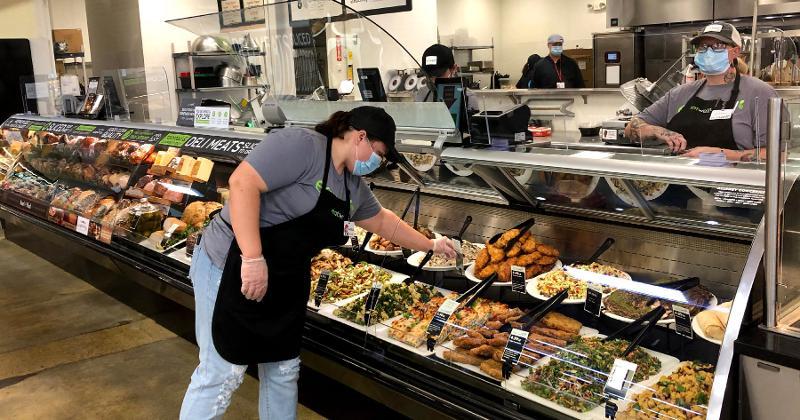 If a $500 bonus to go work in a full-time bakery role sounds like a tasty opportunity, Santa Rosa, Calif.-based Oliver's Market would like to connect.

New-hire bonuses are just one of the enticements that Oliver's is dangling in front of prospective talent as it seeks to fill roles at all four of its Sonoma County locations. For select deli, bakery and butcher positions, employees who join Oliver's in July and work at least 32 hours a week for at least 90 days from their orientation date can receive a $500 bonus on top of wages that range from $16 an hour to $27 an hour. Paid time off and sick leave, reduced-fare bus passes and flexible schedules are other benefits that the employee-owned company, a 2021 WGB Remarkable Independents honoree, touts.

It's a mixed jobs market in grocery right now, with retail food and beverage jobs down overall the past several months (to the tune of 13,000 jobs shed in June and 26,000 in May) as more consumers return to restaurant-going and office-working routines. But for those grocers that are looking to hire, the competition at the local level can be fierce.

See also: How the 'War for Talent' is Impacting the Food Industry's Return to Work

A week after Dom's opening in June, the store's website still listed 20 open positions. "The competition really is fierce for the best applicants," Collins said. "We’re confident that we’re going to continue to attract great talent, and we have been since the opening; we just certainly have been facing some of those challenges we've been hearing from other retailers and restaurants."

Cincinnati-based The Kroger Co. in June hosted a hybrid in-store and virtual job fair that sought to hire 10,000 new associates nationwide. The company highlighted its career-development opportunities, tuition reimbursement and other perks.

"In today’s highly competitive labor market, we know talent is selective and attracted to companies that are leading with a clear purpose, growing and improving every day, and committed to offering a diverse, inclusive and engaging culture where they can thrive and excel," Kroger Head of Talent Acquisition Dawn Gilmore said when the job fair was announced.

On July 15, Schnucks is hosting a companywide career fair at all 110 of its locations in Missouri, Illinois, Indiana and Wisconsin. No experience is necessary to apply, the company noted in a news release, which also touted weekly pay for workers plus flexible schedules and health benefits after a qualifying period.