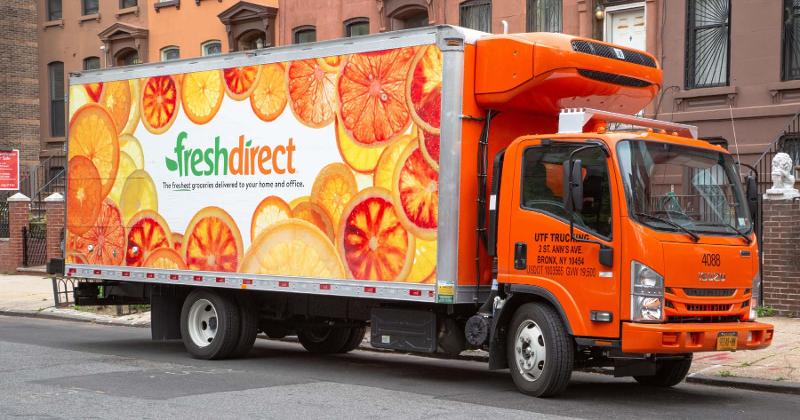 FreshDirect, the venerable e-commerce grocery brand with a dedicated following in New York City, will be sold to Ahold Delhaize and Centerbridge Partners, a private equity firm, the companies said late Nov. 18.

Financial terms of the deal, which is expected to close in the first quarter of 2021, were not disclosed.

The combination provides Ahold Delhaize a means to propel its e-commerce expansion and gain significant business with wealthy New York shoppers and a fresh-food focused business. FreshDirect gains a parent with considerable scale and a market-leading brick-and-mortar retail footprint on the East Coast where it currently serves customers.

Ahold Delhaize said it would acquire the majority share, funded by cash on hand, and Centerbridge Partners will be a minority equity investor with a 20% stake.

After the deal closes, FreshDirect will retain its brand name, report to a seven-person board, and continue to independently operate out of its facility in New York.

“FreshDirect is a leading local brand in the fast-growing online grocery sector in the New York City metro area, one of the most important e-commerce food markets in the United States,” Frans Muller, Ahold Delhaize’s CEO, said in a release. “With its unparalleled quality of fresh food, exceptional brand recognition and dedicated people, it has generated remarkable customer loyalty. This acquisition further propels our omnichannel evolution. It is a great addition and fit for our portfolio of leading local brands. The deal allows us to reach additional customers in the New York trade area and therefore will add incremental sales to the business. It further enables us to address customers’ growing preference for convenient ways to shop. Finally, we are excited to have Centerbridge alongside of us in this venture and believe our combined focus, expertise, and scale will help us maximize the success of FreshDirect going forward.”

FreshDirect, one of the few U.S. success stories in “pure-play” e-commerce grocery, was founded 20 years ago in New York, and is known for its emphasis on fresh food which represents more than 60% of its sales.

It differentiates itself with direct relationships with local farmers coupled with unique meal solution capabilities and an efficient supply chain enabling faster delivery than many competitors. FreshDirect also brings with it what its described as a “a highly scalable and state-of-the-art” fulfillment center, located in the Bronx. Its e-commerce platform enables customer ordering, from picking and packing to last-mile delivery, including the ability to provide same-day and rush delivery.

“We are strong believers that the future of grocery retail involves getting customers the best quality food, exactly when they want it, with the best customer service. We have built FreshDirect into a reliable and recognizable business to serve this purpose,” said FreshDirect CEO David McInerney. “This transaction marks an important milestone in the continued growth of FreshDirect. I believe Ahold Delhaize’s global scale, focus on strong, leading local brands, and ability to utilize cost-of-goods synergies, will allow FreshDirect to achieve its full potential.”

Adam Burinescu, senior managing director for Centerbridge, said, “We are excited to partner with Ahold Delhaize, a leading player in global food retail and believe this is an outstanding combination. As a partner, we believe that Centerbridge brings deep experience in the interplay between logistics facilities and e-commerce fulfillment that can assist FreshDirect in reaching its next level of growth.”