Ahold Delhaize has announced a strategic partnership with Hanshow Technology to introduce digital in-store applications for its European brands, including the rollout of electronic shelf labels to the retailer’s stores throughout Europe. In addition, Ahold Delhaize and Jiaxing, China-based Hanshow said they would set up a Joint Innovation Lab to develop new in-store functions and capabilities such as frictionless payment, in-store navigation and advertising.

Ahold Delhaize, which has international headquarters in the Netherlands, and Hanshow started collaborating in early 2018 with electronic shelf labels (ESLs) in stores at Delhaize Belgium and Albert Heijn in the Netherlands. ESLs allow customers to easily obtain product information and pay conveniently with mobile phones or near-field communication cards and also allows for quicker and more dynamic pricing methods, such as automated price reductions for items close to the expiration date.

Ahold Delhaize is testing contactless payment associated with the shelf tags known as Tap to Go in some Albert Heijn stores, as well as a program utilizing a mobile shopping app called YesWeScan in some Delhaize stores. Retailers industrywide are also testing the technology, including Kroger with its proprietary Kroger Edge system and Walmart. 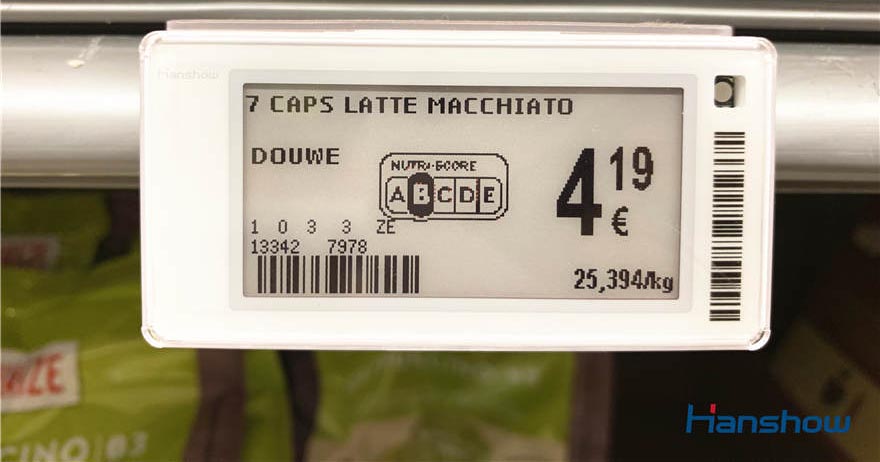 As part of the new agreement, Hanshow will supply ESLs to all Ahold Delhaize’s European brands in the Netherlands, Belgium, Luxembourg, Greece, the Czech Republic, Serbia and Romania.

As part of the collaboration, Hanshow will move its European head office to the Amsterdam region, close to the Ahold Delhaize headquarters. This move will allow both teams to work closely together and simultaneously develop and test new solutions, they said. Hanshow, based in China, provides ESLs and other smart-store solutions for 8,000 stores in 40 countries.

“The digital applications we will develop through this partnership will enhance the customer experience in our stores and allow us to operate more efficiently,” said Wouter Kolk, CEO of Ahold Delhaize Europe and Indonesia. “Hanshow offers best-in-class in-store applications and know-how, and we have been very pleased with their contribution to the mobile phone scan and pay service ‘YesWeScan’ at Delhaize and with the first wave of installed ESL at Albert Heijn. This is an important step for Ahold Delhaize and our local brands to offer an easy and attractive shopping experience to our customers.”