Selma Postma has been named to lead Ahold Delhaize’s Peapod brand as its new president.

Postma, who will assume her new duties on Jan. 1, joins the global retailer’s Chicago-based online grocery delivery service after nearly two decades at the Netherlands-based Albert Heijn, where she led its e-commerce operations since 2014. During her tenure, Postma helped accelerate growth at Albert Heijn Online by 20% annually, according to the company, alongside what it described as a transformation of the retailer’s omnichannel strategy by optimizing the ah.nl website and its mobile app, Appie. She was also integral in developing the retailer’s related e-commerce solutions, such as voice assistance and delivery subscriptions. 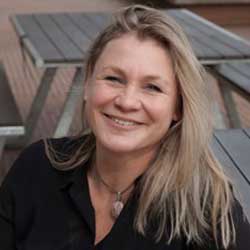 The timing of Postma’s promotion comes at a pivotal time for the international retailer's Peapod brand, which is undergoing a reinvention to drive digital and e-commerce capabilities at its U.S. retail brands, including Food Lion, Giant Food (Landover, Md.), Giant Martin's (Carlisle, Pa.), Hannaford and Stop & Shop. The U.S. is Ahold Delhaize's largest market segment, generating revenues in 2017 of more than $43 billion. Its U.S. e-commerce division generated $215 million in sales during the fiscal third quarter, an 11.8% improvement that CFO Jeff Carr admitted the company was not satisfied with despite representing a sequential improvement from the second quarter.

"I'm very excited to see Selma take up this important role at Peapod, one of our great local brands and the leading U.S. online grocer, as we are stepping up efforts to further accelerate U.S. e-commerce growth,” Frans Muller, president and CEO of Ahold Delhaize, said in a statement. “Her deep knowledge of food retail and online expertise make Selma the right person to lead Peapod into the next phase.” Muller said her appointment underscores “the deep talent pool within Ahold Delhaize and shows how we can share best practices and knowledge across the group."