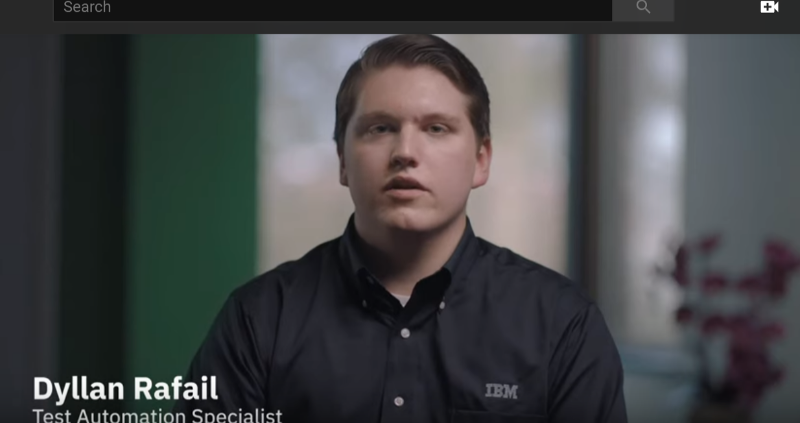 Ahold Delhaize’s Retail Business Services group is partnering with IBM on a program that helps individuals with high-functioning autism find jobs that make use of their skills.

Retail Business Services, or RBS, provides central services for Ahold Delhaize’s U.S. brands, including IT. As part of IBM’s Ignite ASD program, Dyllan Rafail, a contract worker who self-identifies as having autism spectrum disorder, has worked as part of RBS’s IT quality assurance team and, according to the company, has brought a new and unique perspective to the department. 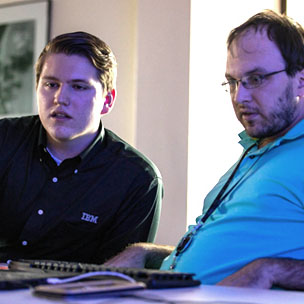 Dyllan Rafail, left, is working with RBS's IT department through a partnership with IMB. Courtesy Retail Business Services

According to IBM, about 44% of people with autism have IQ scores in the average to above average range, but nearly half of 25-year-olds with autism have never held a paying job, in part because of difficulties in traditional recruiting and interview processes. The Ignite program provides special training and support for such workers.

Nancy Silva, a quality insurance portfolio manager for RBS, and Rafail’s on-site supervisor, said Rafail brought a unique solution to an issue of testing new mobile apps. While the team typically tested the app on multiple different phones and mobile operating systems, one at a time, “He looked at that differently and said, ‘I think I can set up something to do this a little better,’” Silva said. “Instead of testing each phone individually, Rafail built a station where up to eight phones could be tested simultaneously. That was a huge help to us.”

Rafail was one of several Ignite recruits highlighted in a video presented at IBM’s Think conference, and Silva spoke at the event.

“We strive to be a better place to work, where our associates reflect the communities where we live, where our voices are heard and valued, where we find purpose and meaning in our work, and can grow and contribute fully based on our background, perspectives, individuality and uniqueness,” Silva told conference attendees. “Dyllan has been a great addition to our team and we value the unique perspective he brings and value he adds to our business.”