Albertsons Cos. is partnering with Takeoff Technologies to pilot the micro-fulfillment center concept and Takeoff’s artificial intelligence capabilities.

Narayan Iyengar, SVP of digital and e-commerce for the Boise, Idaho-based retailer, made the announcement during an address on Oct. 30 at the Grocery Shop conference in Las Vegas. He said the system would be installed at an unidentified store early next year. 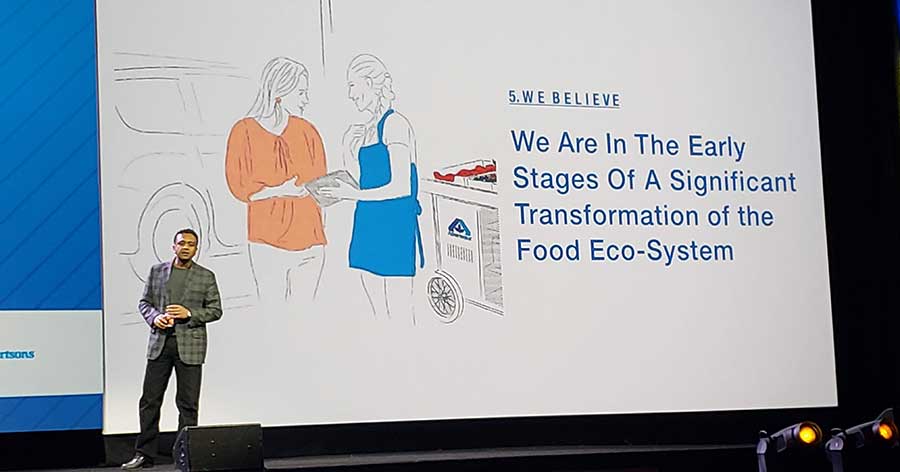 The deal was the third partnership with a retail grocer announced this month by Takeoff, the Waltham, Mass.-based startup that contemplates building mini robotic warehouses onto, or adjacent to, existing retail stores to automate picking of online grocery orders.

The Takeoff system is designed to reduce the cost and complexity of picking and packing online orders, without sacrificing the benefit of the store’s proximity to shoppers. In many cases, the system can replace or reduce reliance on orders picked from store shelves.

Sedano’s and Stop & Shop previously announced they would also be rolling out Takeoff’s technologies. They are part of a wave of new technologies pursued by grocers to make picking online orders for delivery and pickup convenient and cost-efficient. A similar automated picking center by Alert Innovations is being installed at a Walmart in Salem, N.H. Kroger in the meantime is pursuing a deal with Ocado to build large-scale picking centers.

Max Pedro, Takeoff’s president and COO, told WGB that the company has deals with three additional grocers but declined to name them ahead of announcements. 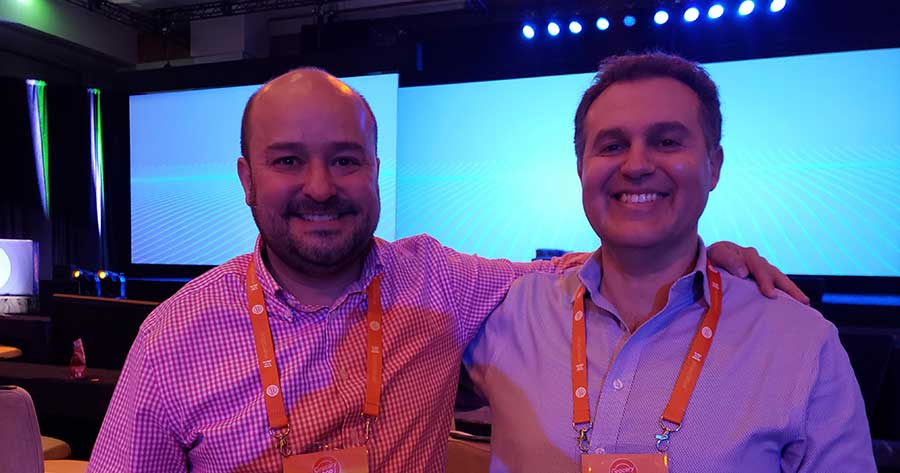 “Investing in e-commerce directly benefit[s] our customers, and anything that we can do to simplify their grocery shopping experience to save valuable time is a win,” Iyengar said in a statement. “While our partnership with Takeoff Technologies will streamline e-commerce fulfillment and improve our efficiencies, we’re excited that Takeoff’s AI solution will make it even easier for customers to get their groceries how and when they want. This is a major step in our commitment to being a customer-centric player in the digital food and wellness ecosystem.”

Pedro said the Takeoff system requires about 10,000 square feet of space and can process as many as 15,000 items. Like store shelves, it is replenished on a daily basis. Takeoff utilizes AI-enabled technology and a system of totes and conveyors to deliver the items to employees, who can prepare orders for customers, greatly reducing the amount of time necessary for individual orders to be processed.

In other remarks at his Grocery Shop address, Iyengar laid out Albertsons strategy to adapt to a shopping environment transformed by digital shopping and new technologies. He emphasized the retailer was interested in pursuing third-party solutions that would help maximize its existing assets, citing Takeoff, Instacart and new partnerships with third-party delivery companies such as Grubhub and Uber Eats—but noted that those solutions also need to be cost effective.