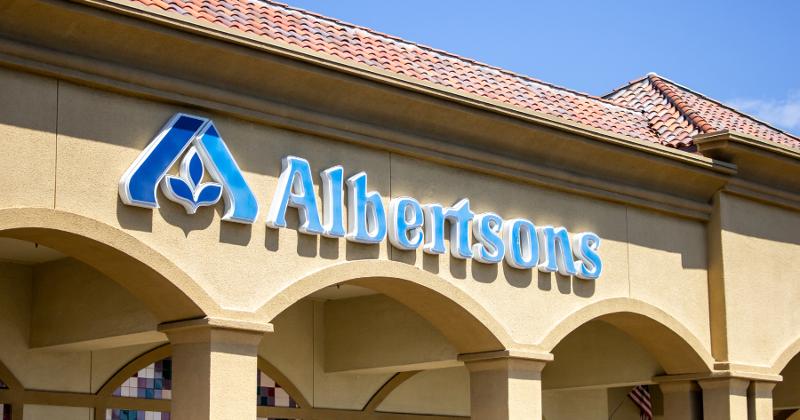 While Albertsons Cos.' digital and e-commerce platform has been a strong driver of growth through the pandemic—increasing 258% in 2020—despite the escalation, the Boise, Idaho-based grocer remains behind the competition in the channel, revealed its President and CEO Vivek Sankaran during BMO Capital Markets’ Farm to Market virtual conference call on May 19.

“We have been behind our competitors [in digital penetration]. No question about it. … I’ve been unambiguously clear that we were behind. We have accelerated. We are still behind,” said Sankaran, according to a Sentieo transcript of Farm to Market.

But Sankaran doesn’t see the lag as negative.

“We are taking an approach where we’re emphasizing quality. We are being creative about it. We’re expanding it. And our overall business is good,” continued Sankaran, adding that Albertsons has seen scores of new and existing customers embrace e-commerce.

Given digital grocery’s rapid, and recent, acceleration since the pandemic, Sankaran’s comments seem to indicate he thinks there’s time to not only catch up with but surpass the competition. “The whole e-commerce game is still early in its innings,” he said.

Behind the competition or not, Albertsons continues to invest heavily on the technology front.

“Just about every capability in our company is technology-enabled—promotion engines, all of the ordering, all of the production, a lot of automation we do in our DCs and, of course, the entire digital and e-commerce platform,” said Sankaran, citing its 258% growth. Albertsons has also invested in changes to its customer-facing capabilities and applications as well as internal capabilities in e-commerce, expanding its Drive Up & Go to 1,400 locations.

“We’ll get to 22,000 locations this year,” said Sankaran of Drive Up & Go. “In addition, we are driving for two-hour deliveries in just about all our markets. What we find when we get to two hours, we’re growing sales.”

Why is delivery within two hours critical to success? “Consumers want control, full stop,” said Sankaran, who makes a compelling case. “I’m willing to wait half a day for a refrigerator to be delivered because I buy a refrigerator once every 10 years. … I’m not sure I want to wait half a day for groceries to be delivered. It’s not speed; it’s more control.”

Thus, the importance of two-hour delivery and curbside pickup, the latter of which Sankaran calls the “ultimate control.” “I'm going to show up in the parking lot when I want to show up, and you’re going to be in my car within three to five minutes to put [groceries] in my trunk. And I want to drive off.

“It fundamentally comes down to control. And so that’s why we're doubling down on it,” added Sankaran, who notes that Albertsons’ e-commerce business and its ability to deliver on speed is built around its physical stores located “in great markets, close to where you live.”

In addition to a focus on making picking more effective and profitable in its stores, Sankaran said Albertsons will continue to experiment with and expand its microfulfillment centers (MFCs), revealing the grocer plans to add six or seven more MFCs to its stable this year.

“There’s a lot of learning about what to carry in that particular MFC in that particular market,” he noted. “What happens and how do other things change through the season and so on and so forth. And then what happens when there’s an out-of-stock? How do you combine the ordering philosophy for that vs. the store?”

When it comes to MFCs, Sankaran said, “I see '21 as a continued year of learning and then '22 and beyond, us starting to scale that technology.”

In addition to widespread investment in technology, Sankaran attributes Albertsons’ top- and bottom-line performance throughout the last year as well as its accelerated transformation progress to several key factors, including customer growth and a commitment to in-store excellence, fresh and own brands.

Albertsons, which Sankaran said has put “a real emphasis” on customer and unit growth since 2019, added 11 million new customers in 2020. “We focus on customers and in building relationships with customers,” he said. “And we’re focused now on not just the transactions, but how we retain those customers and extend what we do with them.

“We firmly believe that the stores are the fulcrum of our operation, both for e-commerce and for everyday shopping that customers do,” Sankaran continued. “So we give them a lot of choice. A lot of that is also driven to loyalty. Our Just for U program accelerated 20% year over year each quarter last year, and we ended up with 25 million members last year with a 93% retention rate."