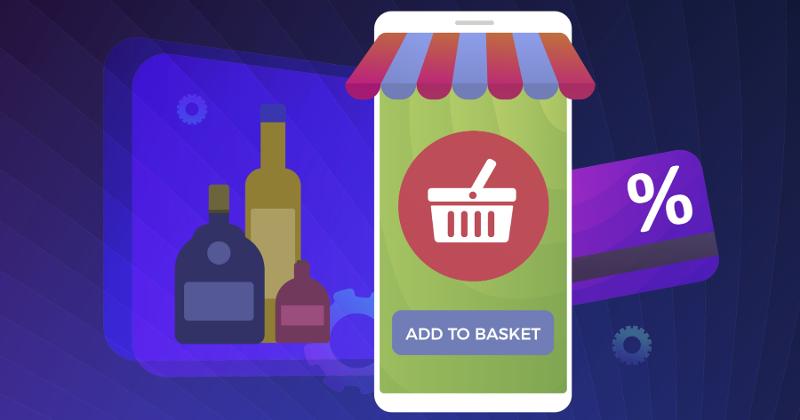 A higher average order value (AOV)—potentially influenced by online alcohol sales—was one factor contributing to the strong performance of these top-quartile stores, the Barrington, Ill.-based analytics and strategic insight firm said in a release.

The 2021 wave—which analyzed online POS data from comparable 12-week periods during 2021 and 2020, examining performance across three four-week periods ending with Sept. 28, 2021—found that the AOV at the top grocery stores was 46% higher, with customers spending nearly $126 per order vs. $86 at the lower-quartile stores.

Brick Meets Click noted that the availability of alcohol, whether beer only; beer and wine; or beer, wine, and liquor, likely played a role in the higher AOVs, as 90% of the top-quartile stores sold alcohol online, while 60% of the others did.

“Grocers are well aware that many variables affect performance across their base of stores, but they need to occasionally challenge or retest assumptions about growth drivers as selling online evolves and matures,” said David Bishop, partner with Brick Meets Click. “This quartile analysis reinforced that excelling at selling online—like operating a physical store—requires both a sound strategy and effective execution.”

See also: Relationship Is Key When It Comes to Revenue, New Research Says

The 2021 wave findings also revealed insights into how location, age and range of services are contributing to the performance gap between the top-performing stores and others.

Store Location: “Where a store is located is not as significant a factor as some may believe,” Brick Meets Click said in a release. “While many assume the best places to operate are in the most populous areas, that assumption isn't true for the top-performing stores. Analyzing per-store performance within the top quartile based on trade area population generally revealed an inverse relationship between population size and sales performance.”

Age of Service: Top-quartile stores have operated online longer (50% have done so for four or more years vs. 34% of others), which “may help to explain differences in performance compared to the other quartile groups,” Brick Meets Click said.

By clustering stores based on the age of their online service within each quartile, Brick Meets Click found that top-quartile stores generally grew with age while the others typically contracted. Top-quartile stores saw higher sales over time: Those that operated online for four years or longer reported over 50% higher sales compared to stores that had been online for less than one year. However, the firm said, a comparative analysis of the remaining quartiles revealed a choppy sales trend that resulted in the oldest stores reporting weekly sales that were 23% lower than their youngest cohorts.

Range of Service: Top-quartile stores were 1.5 times more likely to offer both pickup and delivery services, Brick Meets Click found. What’s more, 67% of the top-quartile group offer both services (vs. 44% of others), with this group seeing weekly sales that were 39% higher than those that offered only one service. This wasn’t the case with the other quartile groups, Brick Meets Click said.

“It’s helpful for grocery executives to consider what factors may be preventing their online grocery business from performing at the same level as the top quartile,” said Sylvain Perrier, president and CEO of Mercatus. “The same factors that go to making one location successful in terms of online sales will not necessarily translate to all locations. The best performers likely have ironed out their operational wrinkles, resulting in the best possible fulfillment experience for customers. Meanwhile, the level of marketing investment directed to promoting online service options also will have an impact over time.”

The eGrocery Performance Benchmarkingis an annual initiative that began in 2016 with 17 grocery store banners and has grown to 45 banners for 2021. The 2021 wave is sponsored by Mercatus, Cardlytics and Hussmann.