Amazon is increasing the price of its popular Prime loyalty program by $20 starting next month, but insists the program is “still the best deal in retail.”

CFO Brian Olsavsky announced the price increase while reviewing quarterly financial results late Thursday. Effective May 11, the price for an annual Prime membership will increase from $99 to $119 for new members, he said, noting that the new price will apply to renewals starting on June 16. 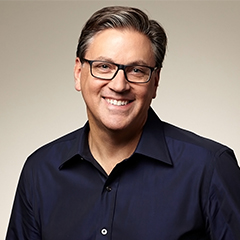 The Prime price hike is the first since March of 2014, when the company also announced a $20 annual increase. However, Olsavsky said that benefits for Prime members have continued to increase, including the expansion of digital entertainment and faster shipping options. CEO Jeff Bezos Members recently revealed that members now exceed more than 100 million.

Amazon is expected to announce a benefit for Prime members who shop at Whole Foods stores any day now, as Prime succeeds the nascent customer rewards and loyalty programs at the food retailer it acquired last summer.

Amazon is also offering a perk to Whole Foods shoppers with free two-hour delivery in 10 cities through its Prime Now program.

“We're going to use the 10 cities as a test and see how customers respond, just like we always do, and make sure that our deliveries are great for those people, and then we'll announce expansion plans once we digest ... the feedback we get from customers,” Olsavsky said.

Net sales of $51 billion increased by 43%, or 39% when adjusted for currency fluctuations, while operating income increased 92% to $1.9 billion, and net income soared to $1.6 billion from $724 million in the same period of last year. North America accounted for 60% of net sales, or $30.7 billion, representing a 46% increase from last year’s first quarter.