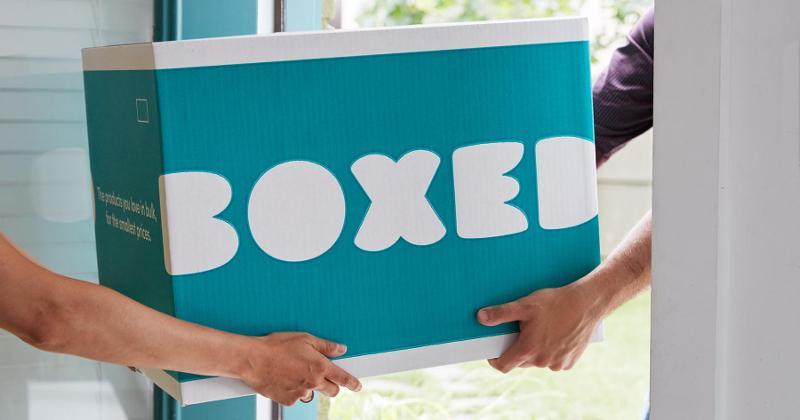 Boxed, the e-commerce bulk retailer sometimes referred to as “the Costco for millennials” will become a publicly traded company through an acquisition by Seven Oaks Capital Management, a special-purpose acquisition company (SPAC).

Under the terms of the proposed transaction, Boxed and Seven Oaks will merge with a pro forma combined equity value of about $900 million. The transaction is expected to deliver Boxed $334 million of net cash proceeds through $259 million in cash trust through Seven Oaks and $120 million from institutional and strategic investors committed to investing upon the closing of the deal. There are no secondary shares being sold by existing Boxed shareholders in the transaction.

Seven Oaks is a publicly traded “blank check” company created to acquire private companies and take them public. Boxed, which had $187 million in sales in 2020, has long been considered a candidate for such a transaction.

The combined company will be called Boxed Inc. and is expected to be listed in the U.S. under a new ticker symbol. Boxed will continue to be led by Chieh Huang, its founder and CEO. Gary Matthews, chairman and CEO of Seven Oaks Acquisition Corp., will serve as Boxed’s chairman when the business combination is complete.

“We are excited to take this important step forward to position Boxed for our next phase of growth,” Huang said in a statement. “This transaction will allow Boxed to capitalize on the tailwinds that e-commerce businesses are experiencing. This capital will also allow us to fund B2B growth, third-party marketplace expansion and drive our unique SaaS business. We look forward to partnering with the seasoned team at Seven Oaks as we leverage their operational and public company expertise.”

Created in Huang’s New Jersey garage in 2013, Boxed pioneered online shopping for bulk consumables, without the requirement of a “big-box” store membership, although it offers a paid tier known as BoxedUp. It is considered an innovator in logistics, technology and customer service among e-commerce peers. Boxed is also monetizing its technology through a software-as-a-service offering: In January it signed a multiyear deal SaaS partnership agreement with Aeon Group, one of Asia’s largest retail conglomerates.

Boxed currently offers 125 items under its Prince & Spring national-brand equivalent private label. It has a strong reputation for leadership in environmental, social and governance (ESG) initiatives with a majority of corporate office positions held by ethnic minorities. The company also made a point to address the so-called “pink tax” whereby prices set for women’s versions of items such as razors were set higher than similar items for men.

The company is projecting revenue growth of more than 40% in 2022, saying it was well-positioned to gain from consumers and businesses as the country recovers from the pandemic and e-commerce continues to grow as a channel. The companies in a presentation projected sales would grow to $1 billion annually by 2026, and margins from 14% in 2020 to 30% over that time behind SKU expansion, a greater penetration of paid BoxedUp subscribers and expansion of sales teams leading its B2B growth.

“Boxed is a phenomenal business that meets all of the criteria as a Seven Oaks investment,” Matthews said. “Our partnership with Boxed is consistent with our goal to deliver attractive and sustainable returns to our investors through a focus on growth companies that aspire to make a positive social impact.

“Boxed is a leading e-commerce platform with significant competitive advantages and multiple opportunities to accelerate growth and drive value creation,” he continued. “We are confident that by supporting Chieh and the talented management team with our proven operating playbook, Boxed will continue to achieve success in a rapidly growing market.”

The private placement consists of a combination of common stock and convertible notes from institutional and strategic investors, including Brigade Capital Management, Avanda Investment Management and Onex Credit, and will close concurrently with the merger. The 7% senior unsecured convertible notes have a five-year maturity and a conversion price of $12, representing a 20% premium to the purchase price of the common shares. Boxed’s current equity holders will own approximately 62% of the pro forma company immediately after closing, assuming no redemptions.

“Boxed is another example of the American dream at work,” said Scott Moses, managing director and head of the grocery, pharmacy and restaurants investment banking practice at PJ Solomon, said in a statement. “From Chieh Huang’s garage to the proprietary software, AI, futuristic automated fulfillment centers and robotics-driven platform this extraordinary team has built, Boxed is transforming the way consumers and businesses shop for bulk consumables, with a clear ESG focus at the foundation of its fast-growing, differentiated brand and its unique, end-to-end SaaS offering.  It is so exciting to see two great leaders—Chieh Huang and Gary Matthews—join forces to create value for their teams and their shareholders.”