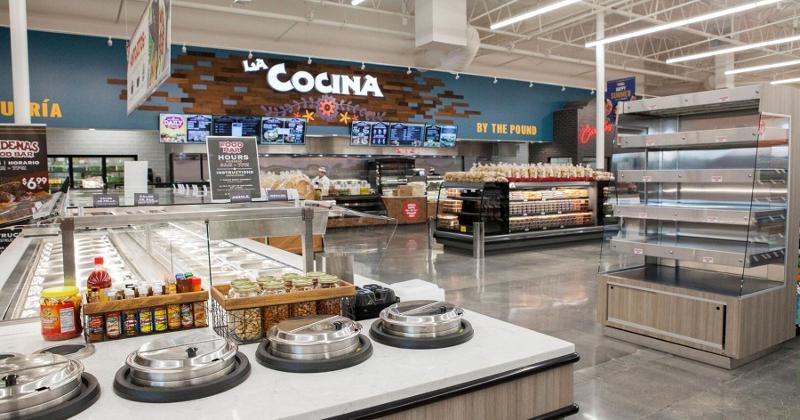 As part of ambitious expansion plans in Los Angeles and Orange County, Cardenas Markets will open its first in a series of planned new stores west of Pomona, Calif. Its new 34,642-square-foot Whittier, Calif., store at 11750 Whittier Boulevard will open in May 2020 and feature the grocer's new Keep Life Flavorful design.

Based in Ontario, Calif., Cardenas Markets operates the majority of its Southern California locations within the Inland Empire.

“Our aggressive growth plan continues as we expand westward into the city of Whittier. It has been a long time coming, and we are excited about bringing our Keep Life Flavorful design to the largest Hispanic market in the country,” said John Gomez, CEO of Cardenas Markets LLC, in a statement.

“This is the first of many more to come,” Cardenas Director of Public Affairs Marco Robles told The Press-Enterprise in Southern California, adding that the grocer has been opening about four new stores a year.

Known for its bountiful and colorful produce displays, as well as its aromatic bakeries, the new Keep Life Flavorful design of the Whittier store will greet customers with vibrant produce and bakery departments. Meanwhile, the meat department will showcase the Mexican cuts of meat and seafood for which Cardenas is known.

Additionally, the new store will house a fully equipped Mexican Kitchen that affords shoppers a view of the food preparation process and the flavors of authentic Mexican cuisine. It will also offer a Coffee Bar and Food-to-Go Buffet alongside other traditional amenities, such as the Panaderia, with fresh baked bread and pastry products. In addition, the store will feature its Nixtamal Tortilleria, with an abundance of scratch-made tortilla products.

Cardenas Markets, which operates 59 stores in California, Nevada and Arizona (52 Cardenas locations, plus seven under the Los Altos Ranch Market banner), is one of the country’s largest Hispanic grocery chains.

In addition to the Whittier store, Cardenas plans to open more stores featuring the Keep Life Flavorful design concept this year. The new stores, slated for Victorville, Concord and Tucson, Ariz., will include coffee shops and fast-casual eating areas, reports The Press-Enterprise.

Cardenas became one of the largest Hispanic grocery chains in 2017, when it merged with Mi Pueblo. The New York-based private investment firm KKR, which purchased both Mi Pueblo and Cardenas in 2016, phased out the Mi Pueblo name last year.