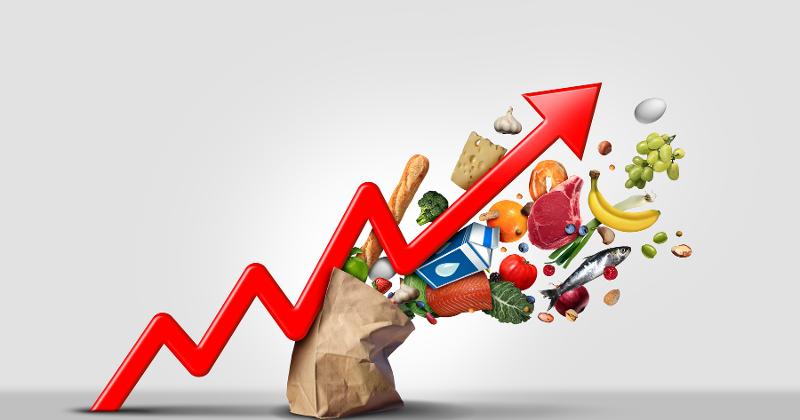 The price of food at grocery stores has 88% of consumers feeling concerned with inflation, according to new data from 84.51°, the Cincinnati-based Kroger-owned data and media company, which analyzed inflation and how it’s impacting consumers purchasing decisions.

Barbara Connors, VP of commercial insights for 84.51°, said that inflation across industries has been a growing concern for customers since fall 2021. In fact, Connors said the percentage of customers who are highly concerned about inflation (69%) is almost three times higher than customers concerned with COVID (24%) in April.

As inflation continues to run at 40-year highs, more than one-third of consumers polled by market researcher IRI said they cut back on nonessentials at the grocery store in March.

And as part of its monthly survey, IRI said it's no surprise that 95% of shoppers are concerned about food cost and inflation.

As rising grocery prices continue to put the squeeze on consumers’ wallets, a new survey by Vericast finds that 50% of all consumers and 64% of millennials indicate that making spending decisions along with rising prices due to inflation is taking a toll on their mental health.

“The majority of consumers view grocery shopping as a necessity. When financial stress impacts consumers such as loss wages or, in the current economic climate, higher prices, consumers become stressed between wanting to feed themselves and their families as well as worrying about how they are going to make ends meet,” said Dave Cesaro, retail and consumer behavior expert for Vericast.