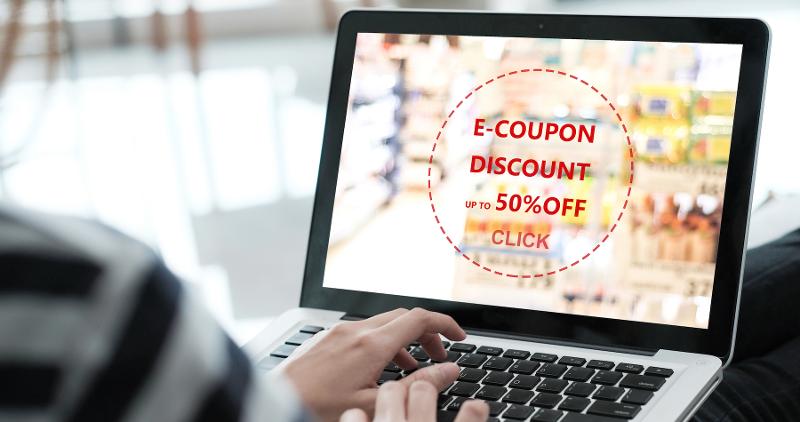 A coalition of national consumer groups has called on supermarkets to rethink digital-only discounts, saying millions of customers are disconnected from these savings offers because they lack internet access and smartphones.

Currently, tens of millions of shoppers are effectively cut off from sale items in weekly store circulars designated as “digital,” “digital-only,” “digital coupon” or “digital offer,” the consumer advocacy organizations noted. Citing a 2021 study from the Pew Research Center, they said 39% of consumers over age 65 don’t own a smartphone, and 25% don’t use the internet. Likewise, 43% of households with incomes less than $30,000 lack broadband access.

“It’s digital discrimination, and the most vulnerable people are being shut out of these online discounts at the worst possible time, given record-high inflation,” according to Edgar Dworsky, founder of Consumer World. “Big supermarkets need to provide an offline alternative to the digitally disconnected so they can reap the same savings that connected shoppers enjoy.”

"Unplugged" consumers can miss out on big savings due to inability to access digital deals. / Image courtesy: Consumer World/PIRG

The letter comes as grocery stores in recent years have stepped up their number of digital special offers to capitalize on heavier consumer use of smartphones and the surge in online shopping. Digital deals, too, provide retailers with more information on shopping behavior that can then be used to make personalized savings offers that drive sales and loyalty.

The consumer groups said their analysis focused on digital versions of store-issued coupons and featured sale items for fresh meat, seafood and produce and grocery products (store and national brands) that offer special, limited-time savings and required shoppers to go online or use an app to electronically “clip” the offers and add them to a loyalty card account. Sale items were advertised in store circulars, on television, on store signage and on shelf tags.

Customers lacking access to digital-only discounts can miss out on big savings, the consumer organizations said. Examples pictured in the letter showed that unplugged shoppers would pay $9 more for a steak, $15 more for a 15-pound Thanksgiving turkey, twice as much for a tub of store-brand ice cream and 75% more for a carton of eggs because they’re unable to clip the required digital coupon. Electronic versions of manufacturer coupons also present similar inaccessibility issues for disconnected shoppers, the consumer groups said.

“Digital-only deals are inequitable. In many cases, consumers simply cannot access the online discounts that other customers can,” Ruth Susswein, director of consumer protection for Consumer Action, said in a statement. “Supermarkets need to provide an offline alternative.”

Even connected shoppers are encountering difficulties with digital-only deals, both in terms of understanding how they work and how to apply them, the consumer coalition added.

A September Consumer World survey of nearly 950 shoppers found that almost one in three customers couldn’t explain how to obtain or activate an advertised digital discount. Also, 25% of respondents admitted they may lack the technical ability to use a store’s app or website and might end up buying advertised items at the higher, non-digital sale price or decide not to make the purchase. The poll also revealed that roughly 40% of those surveyed never use digital-only offers, and 70% prefer in-store rather than online access to such savings.

“We believe the use of digital-only offers, as many chains have implemented them, may constitute an unfair act under the Federal Trade Commission Act and similar state laws,” the consumer groups said in the letter to supermarkets. “It is unfair that large segments of the population cannot avail themselves of publicly advertised prices when there are ways for stores to easily make these offers available to the digitally disconnected. It is unfair that some stores may be taking advantage of shoppers’ misunderstanding of how to obtain the advertised price and, thus, are charging them higher prices than the ones promoted. It is unfair that clear instructions on signage and in advertising of how to obtain the digital only advertised price are missing from many store promotions.”

Still, the consumer organizations said a number of chains and individual stores are providing alternative ways for unplugged customers to use advertised digital-only discounts.

For example, they said Vons and The Giant Company run barcoded “clip or click” store coupons in print circulars so shoppers can select their preferred redemption method. Texas grocer H-E-B offers printed store coupons next to digital-only deal products for customers who did not or could not clip the discounts electronically. The coalition also said ShopRite and Food Lion, among other retailers, deploy coupon kiosks that allow shoppers to add digital coupons to their account in-store.

Other recommendations from the consumer organizations included enabling cashiers to charge the digital price upon request (or upon the presentation of a digital pass) and allowing customer-service staff to give refunds for digital discount offers missing at checkout.

“We hope your company, whether you are only utilizing a few digital offers each week or have fully embraced the use of digital deals, will provide an offline alternative for your digitally disconnected and digitally challenged customers,” the coalition’s letter stated. “It is simply good business to recognize that all your customers deserve equal access to your offers.”