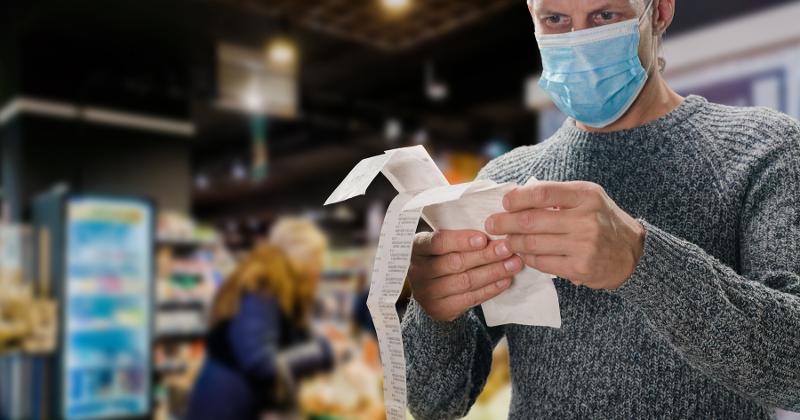 Consumer sentiment rose by 9.8% in April over March to 65.2, according to the University of Michigan’s latest consumer sentiment index, and while that sounds like good news, it really isn’t.

In March, consumer sentiment hit its lowest-ever levels in the past decade: 59.4 on a 100-point scale. April’s figure is lower than the previous pre-March low of 67.4, set last November, which picked up slightly to 68.8 in January.

Most of the surge was concentrated in expectations, with gains of 21.6% in the year-ahead outlook for the economy and an 18.3% jump in personal financial expectations, noted Richard Curtin, chief economist of the Survey of Consumers. This was a result of a sharp drop in gas price expectations, falling to just 0.4 cents from 49.6 in March.

While consumer sentiment grew in April, so did current economic conditions and consumer expectations, which rose to 69.4 and 62.5, respectively. Both were up over March figures (67.2 and 54.3) but significantly below how consumers felt a year ago. In April 2021, the consumers sentiment index stood at 88.3; current economic conditions were a staggering 97.2 and the index of consumer expectations was 82.7.

“The first quarter decline in GDP was no surprise,” Curtin wrote in his analysis. “The downward slide in confidence represents the impact of uncertainty, which began with the pandemic and was reinforced by cross-currents, including the negative impact of inflation and higher interest rates, and the positive impact of a persistently strong labor market and rising wages.”

And although concerns about the COVID-19 pandemic may be waning, other uncertainties are concerning consumers, including the global economy and its effect upon the U.S. economy, as well as the growing involvement in the military support for Ukraine and renewed supply chain disruptions.

These are enough to worry even the least anxious consumers. On top of that, consumers have also lost confidence in economic policies, with fiscal actions increasingly hampered by partisanship in the runup to the Congressional elections.

“Monetary policy now aims at tempering the strong labor market and trimming wage gains, the only factors that now support optimism,” noted Curtin. “The goal of a soft landing will be more difficult to achieve given the uncertainties that now prevail, raising prospects for a halt, or even a temporary reversal, in the Fed's interest rate policies.”

Curtin believes the probability of consumers reaching a tipping point will depend more and more on prospects for a strong labor market and continued wage gains. “The cost of that renewed strength is an accelerating wage-price spiral,” he said.