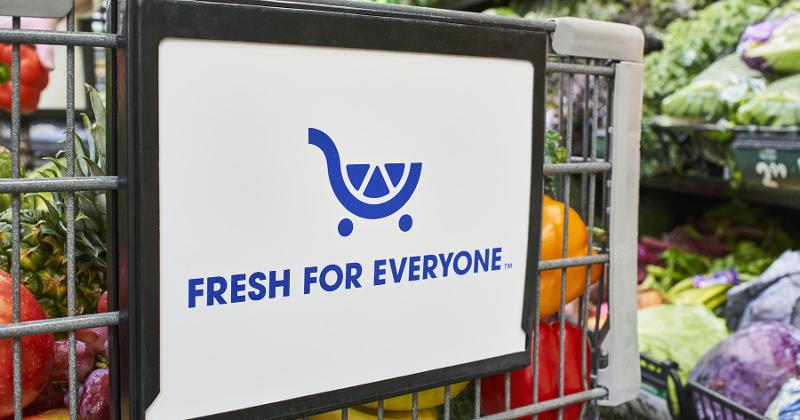 A sustained trend toward consumers eating at home, along with increased flexibility in providing them with varied ways to shop, is brightening the sales outlook for Kroger Co., while rising costs, and issues including an uptick in organized retail crime, is putting additional pressures on the bottom line.

The result was something of a mixed bag for the big Cincinnati retailer as it discussed its second quarter financial performance in a conference call Friday. As previously reported, sales and comps were better than expected: Comps dipped by less than 1% despite lapping last year’s COVID-influenced sales gains, but profits fell as Kroger swallowed some inflating prices, faced higher costs for transportation and materials, and saw shrink increase.

CEO Rodney McMullen said supply chain and shrink together were responsible for about half of an 80-basis decrease in profits as a percent of sales during the quarter. And while he said he believed supply chain woes were transitory in nature, shrink was “heavily driven by organized crime, or at least it appears so,” and suggested that could be a longer-term issue throughout retail that it would look to address through legislative means and with the support of industry trade groups.

The remark was notable in that Kroger has rarely called out organized crime as a meaningful source of shrink before, although the issue is gaining attention in the larger retail industry.

A National Retail Foundation study published earlier this year indicated items like laundry detergent and personal care items have experienced higher levels of theft during the pandemic, in part because online marketplaces have given thieves an easy means to dispose of the goods, and a larger base of shoppers as online gains popularity with consumers.

“We will go through and do all kinds of process changes to try to minimize shrink,” McMullen said, according to a Sentieo transcript. “We are being more aggressive.” Christine Wiley, Kroger’s general counsel, is also working with some trade associations, he added.

Kroger’s own e-commerce sales in the quarter dropped by 13% but were up by 127% on a two-year stack that accounts for last year’s sudden spike. McMullen was pleased with the performance, indicating that Kroger’s shoppers who ordered less online were shopping more in its stores, proving out its “seamless” ambitions and strengthening loyalty. During the quarter, he said, the mix of in-store and online sales wavered with the severity of COVID concerns.

“Almost all customers who reduced their online spend during the quarter continue to shop with us in store, highlighting the power of our ecosystem and our ability to create a meaningful customer experience across all channels,” he said.

Kroger’s establishment earlier this year of an online-only grocery offering in Florida through an Ocado partnership was “tracking ahead of where we thought we would be at this point,” although he did not share specifics beyond relaying an encouraging note about its reception from shoppers. “The thing that I’m especially proud of [with] our teams in Florida is our Net Promoter Scores are incredibly strong. I mean, mind boggling[ly] strong,” and “in the neighborhood of best-in-class across all industries,” including the much-loved Apple brand.

Shoppers in the meantime have continued showing a preference for eating at home, and in conjunction with relative financial health, have continued to drive baskets behind an appetite for premium products—and larger pack sizes to accommodate less-frequent trips and increased online orders.

“Very few customers now can or will even buy a 4-pack of toilet paper,” McMullen remarked. “Most customers now are buying 24-packs, or even bigger in some cases.”

Kroger is also supporting shoppers through targeted price investments—some in areas where product price inflation could spook shoppers—and others where the company believes it can build longer-term loyalty through personalization.

Wall Street indicated some disappointment with the report—Kroger’s stock, trading near 52-week highs for weeks, fell by more 7% following the earnings news. McMullen however characterized the stabilizing sales as indications that its strategy—emphasizing fresh food leadership and omnichannel—was working. A symbol of that progress arrived with the introduction of a “fresh cart” icon which McMullen said reinforced its “Fresh for Everyone” image and provides an effective means of communicating that across its varied banners.