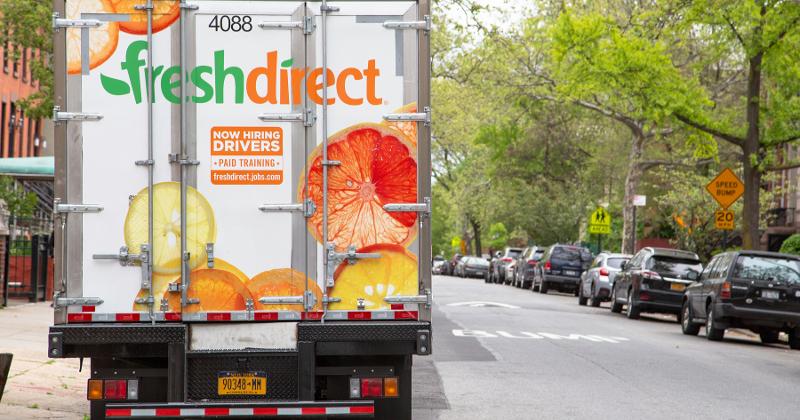 David McInerney, the onetime chef who co-founded the iconic New York e-grocery retailer FreshDirect 20 years ago, is departing as its CEO, effective today. McInerney is to be succeeded on an interim basis by Farhan Siddiqi, chief digital officer of Ahold Delhaize, the Dutch retailer that acquired the company earlier this year.

McInerney will serve in an advisory capacity through the end of October as its parent conducts a search for a permanent successor.

In a statement issued by Ahold Delhaize, McInerny did not specify a reason for his departure. However, both McInerney and Siddiqi have acknowledged the brand would begin a new phase under Ahold Delhaize with attendant synergies, new buying power and scale, and positioning within Ahold Delhaize USA’s stable of brands.

“FreshDirect has been an amazing, life-changing, 20-year adventure for me,” said McInerney. “I have been so fortunate to have worked alongside an incredible team of talented, dedicated people who all share the same passion for our mission: to make great fresh food easy to get. Our amazing farmers, ranchers and fishermen have inspired me every day as partners, teachers and true friends. With the commitment and support of [Ahold Delhaize CEO] Frans [Muller], Farhan, and the entire Ahold Delhaize team, FreshDirect is in excellent hands and well positioned for continued success.”

McInerney co-founded FreshDirect with Jason Ackerman, an investment banker, in 2001. McInerney was instrumental in the brand's sourcing and food backbone, and had been CEO since Ackerman departed in 2018.

Siddiqi in a statement said: “On behalf of Ahold Delhaize, I want to thank David for his dedication and leadership over the past two decades. As co-founder, David has been instrumental in establishing FreshDirect’s philosophy in bringing the best fresh and high-quality products to people’s doorsteps in the tri-state area. We will ensure a smooth transition and honor FreshDirect’s unique customer-focused and food-centric culture and deep connection with its suppliers. FreshDirect’s customers will continue to enjoy the high-quality fresh food, great tasting products and stellar service for which FreshDirect is known.”

Established at the tail end of the first dot-com boom, FreshDirect is one of e-grocery's most successful, influential and enduring brands, garnering high regard from customers, demonstrating how a virtual store could bring elevated quality to fresh and local foods, and pioneering new levels of convenience for shoppers. Its customer base in New York City has been proven difficult for competitors to penetrate over the years, including Ahold Delhaize with its Stop & Shop and Peapod brands.

Ahold Delhaize and Centerbridge Partners announced in November they had entered into a definitive agreement to acquire FreshDirect. A price was not disclosed. The sale closed Jan. 5.