Jeffery Owen—who began with Dollar General in 1992 as a store manager and evolved through various roles of increasing responsibility—has ascended to COO and will be responsible for merchandising, store and supply chain operations. Owen returned to the company in June 2015 as EVP of store operations, overseeing nearly 16,000 stores throughout the 44 states in which Dollar General currently operates, as well as real estate and new store development functions. During his tenure as EVP, Dollar General added more than 3,500 stores and increased sales by more than 35%. 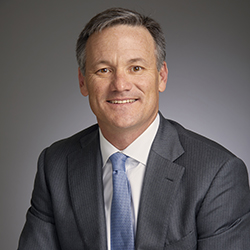 Steven Sunderland, most recently SVP of store operations, will succeed Owen as EVP of store operations. Earlier in his career, Sunderland was SVP of retail operations for Office Depot Inc. from November 2013 until January 2014 and OfficeMax Inc. from May 2012 until November 2013. He was also COO of Bally Total Fitness Holding Corp. from 2011 until April 2012. Sunderland began his career in 1987 with Sears as a store manager, where he spent more than 20 years in positions of increasing responsibility.

The executive moves were described by officials as being instrumental to moving the company “forward as a leader in our sector. Jeff and Steve’s leadership, insights and demonstrated performance will help support efforts to continue to capture growth opportunities, drive our short- and long-term strategic focus and best serve our customers,” Dollar General CEO Todd Vasos said in a statement. 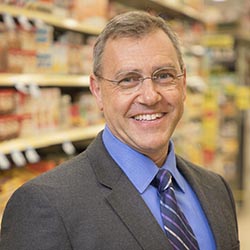 In terms of its Q2 results, Dollar General’s net sales increased 8.4% to $7 billion compared to $6.4 billion in the year-ago period alongside a same-store sales gain of 4% during the 13-week period ending Aug. 2, 2019. The retailer said its comp sales were driven by increases in both average transaction amount and customer traffic, while its sales increase included contributions from new stores and growth in same-store sales, modestly offset by the impact of store closures. Dollar General’s Q2 same-store sales were highlighted by growth in the consumables, seasonal and home categories, partially offset by a decline in the apparel category.

“We are pleased with our second-quarter results, driven by strong performance on both the top and bottom lines,” said Vasos, noting that the discounter’s Q2 results “were fueled by solid execution across many fronts, including category management, merchandise innovation, store operations and continued progress with our strategic initiatives. Given our first-half performance and expectations for the remainder of the year, we are raising our full-year financial guidance.”