Freemont, Calif.-based Weee has hired Guillaume McIntyre as VP of marketing to accelerate customer adoption and engage Asian and Hispanic communities with personalization and social commerce features, the online ethnic grocer said in a release.

Earlier this year, Weee named Ankur Shah chief financial officer and chief strategy officer as the e-grocer builds its executive team and expands its fresh grocery service regions and product categories on the heels of receiving $315 million in Series D funding in April.

McIntyre was with Netflix from 2013 to 2015, according to a LinkedIn profile, and is credited with helping the company build presence in Latin America by driving digital marketing initiatives. He then joined Instacart, where he helped build out its acquisition marketing team and contributed to the company’s growth, and later co-founded direct-to-consumer startup Pique Tea. He is a graduate of the University of California at Berkeley's Walter A. Haas School of Business. 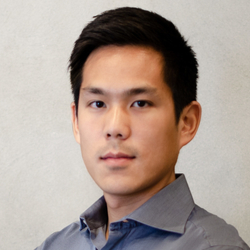 "The future of e-tailing will be multi-ethnic and multicultural, with Asian and Hispanic populations as the two fastest-growing segments," said Larry Liu, founder and CEO of Weee. "Guillaume's consumer marketing track record and dynamic understanding of ethnic shoppers will be essential to our ability to meet the unique needs of these underserved communities rapidly and at scale."

Weee was founded in 2015 and fulfills more than 7,000 orders a day, according to its website.