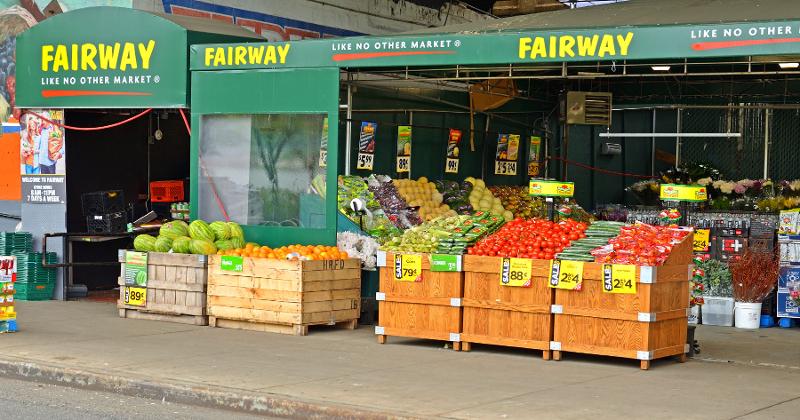 Village Super Market, which took on defunct Fairway Market’s crown jewels just as the coronavirus pandemic cleared the Manhattan neighborhoods of many of Fairway’s regular shoppers, revealed its newest additions have so far experienced significant sales declines but a profit benefit—a kind of reverse effect felt by Village’s ShopRite stores in the suburbs.

It all added up to a sales gain of 19.9% and a net earnings increase of 37.2% during Village’s 13-week fiscal fourth quarter ending July 24, the Springfield, N.J.-based company said this week.

Same-store sales in the meantime increased by 7.5% and digital sales soared by 240% behind increased consumer adoption of the ShopRite from home and third-party delivery services. It reported quarterly profits of $9.2 million on sales of $501.5 million. Several discrete items, including a break-up fee in its Fairway acquisition and insurance proceeds related to Superstorm Sandy, as well as acquisition costs for Fairway and lapping a year-ago tax benefit, went into the earnings calculations.

Gross margins were up due largely to the Fairway and Gourmet Garage acquisitions, to 28.93% of sales in the quarter, compared to 27.79% in fourth-quarter fiscal 2019. That too reflected a mix of effects, with gross profits down slightly in its traditional stores on decreased departmental gross margins—an effect Village has previously attributed to newly enacted everyday low price programs at ShopRite—fewer patronage dividends from cooperative wholesaler Wakefern and an unfavorable product mix, partially offset by a reduction in promotions and better leverage on warehouse assessment charges by Wakefern.

Village Moves In, Shoppers Move Out

Village, which a year ago first entered Manhattan’s wealthy markets with the acquisition of three specialty Gourmet Garage stores—took over at Fairway just as the coronavirus pandemic arrived, further complicating a plan to transition those units to new systems, local reports noted. Village, in the meantime, acknowledged that many Manhattanites abandoned their homes in the city as it became an early epicenter of the contagion, further affecting sales at Fairway and Gourmet Garage.

Settling in has been further complicated by reported tangles with Fairway’s former owners resulting in a lawsuit over customer lists and other issues.

“Sales in Gourmet Garage and Fairway have declined significantly compared to historical levels due primarily to population migration out of Manhattan during the pandemic,” Village’s release said. The release did not include a projection or sales guidance for the new fiscal year.