While presenting the awards, FMI President and CEO Leslie Sarasin said, “These humble heroes live and exemplify integrity in our industry. The noble efforts of the entire food industry are embodied by the great leaders we celebrate through our executive leadership awards program.”

Edeker of Hy-Vee was honored with the Sidney R. Rabb Award in honor of his commitment to the consumer, community and the industry, which Sarasin said mirrors Edeker’s accomplished career. As a champion of the shopper and renowned for his savvy business sense that’s been integral to Hy-Vee’s geographic expansion and innovation in a variety of operational areas, including foodservice and the company’s commitment to sustainable initiatives, Edeker grew up in the grocery business. Throughout his 38-year tenure at the West Des Moines, Iowa-based retailer, including his role as president since 2009, Edeker has also been widely regarded for his support of local communities and collaborative spirit in vendor relations. 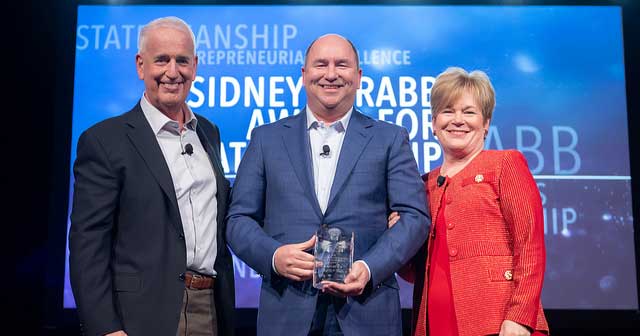 The recipient of the Robert B. Wegman award, which FMI has presented since 2012 to a retail executive who demonstrates innovation and imaginative strategies, Heinen’s Grocery Stores’ Tom Heinen began his career by pioneering the family-owned retailer’s in-store bakery program in 1978, which blossomed into a broader service deli program in all its stores. His leadership, as well as that of his brother, included their role as one of the first grocery retailers to explore leveraging customer and business data while respecting Heinen’s tradition of delivering a memorable and unique customer experience. “The grocery business is a very humbling business,” said Heinen. “Success can only come through dedicated efforts every day.” 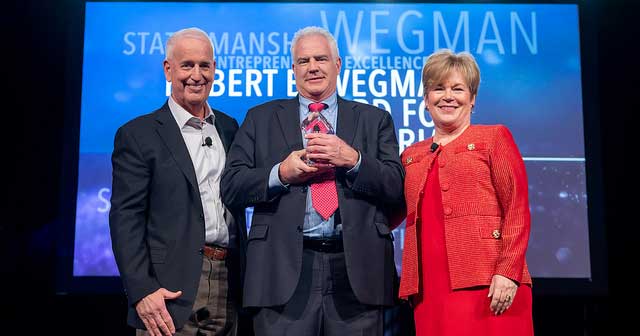 The late Greg Calhoun, founder and former president and CEO of Montgomery, Ala.-based Calhoun Enterprises, which was the umbrella company for his seven family-owned subsidiaries, was posthumously honored with the Glen P. Woodard Jr. Award for government affairs advocacy. In the early 1980s, Calhoun secured a loan and purchased the very supermarket where he once bagged groceries and became owner and operator Calhoun Foods and later Calhoun Enterprises. Actively engaged with local universities, neighborhoods and state politics, Calhoun was a jobs creator and the first African-American to own a grocery store in the south. His son, Malcolm Calhoun, who grew up working in his father’s grocery business, recalled how his father “always pushed the envelope, be it diversity, be it new technology, be it new opportunities.” 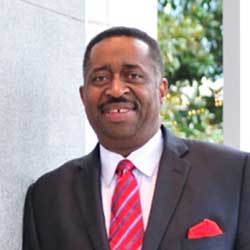 Mark Batenic, chairman of IGA Inc., was honored with FMI’s Herbert Hoover Award, which recognizes a food industry leader’s dedication to service and outreach, including his work with store owners. In the recent past, IGA has supported the Wounded Warrior Project through sales of private brands most recently its relationship with the Partnership for Drug-Free Kids, which was the first IGA Cares initiative. Under Batenic’s leadership, IGA committed to raising both critical funds and awareness to help parents and families and help end the nation’s opioid epidemic. Batenic was also a nearly 20-year board member of Saint Joseph’s University’s Department of Food Marketing. 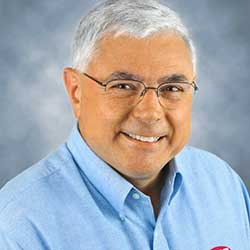 Muhtar Kent and Ern Sherman of The Coca-Cola Co. were also recognized as FMI’s William H. Albers awardees, in honor of their exemplary commitment to trade relations and consumer service. During his tenure as CEO, Kent helped secure long-term sustainable growth by reshaping Coke’s global bottling system while significantly expanding and diversifying its portfolio of beverage brands. Active in the global business community, Kent attributed much of his success to traveling and experiencing other cultures. He joined The Coca-Cola Co. in 1978, leaving in 1999 to head Efes Beverage Group, a Coke bottling partner based in Turkey, and rejoined The Coca-Cola Co. in 2005. Kent’s community service includes working with multiple charities and serving on the board of Special Olympics International. 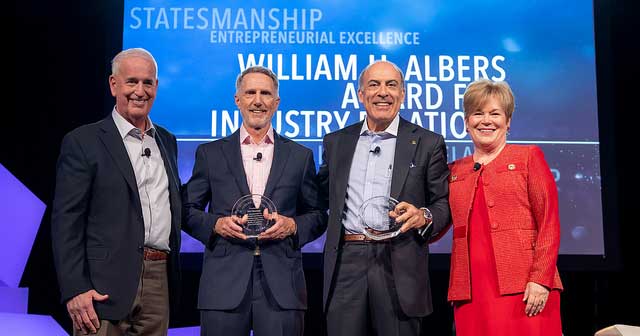 The recently retired Ern Sherman had a career of more than 40 years at The Coca-Cola Co. and more than 30 years as a Coca-Cola bottler. Recognized for his role overseeing the relationship with the primary industry associations and the work of the two North America Coca-Cola Retailing Research Councils, Sherman also served as lead liaison with FMI via its signature events, conventions and promoting Coca-Cola’s role in supporting future industry leaders, among other accomplishments.