John Mackey, a headstrong health-food enthusiast who founded Whole Foods Market in 1978 and grew it through a ferocious brand of “conscious capitalism” that brought natural foods into the mainstream and deeply influenced the supermarket industry and consumer culture, will retire next Sept. 1, he said in a memo to employees on Thursday.

“Honestly, it’s very hard to retire from a company that I have helped to create, nourish and grow for 44 years when I leave. As a co-founder of Whole Foods, I’ve often explained my relationship to the company with a parent-child metaphor. As a parent, I have always loved Whole Foods with all my heart. I have done my best to instill strong values, a clear sense of higher purpose beyond profits, and a loving culture that allows the company and all our interdependent stakeholders to flourish. All parents reach a time when they must let go and trust that the values imparted will live on within their children. That time has nearly come for me and for Whole Foods,” Mackey said in the memo. 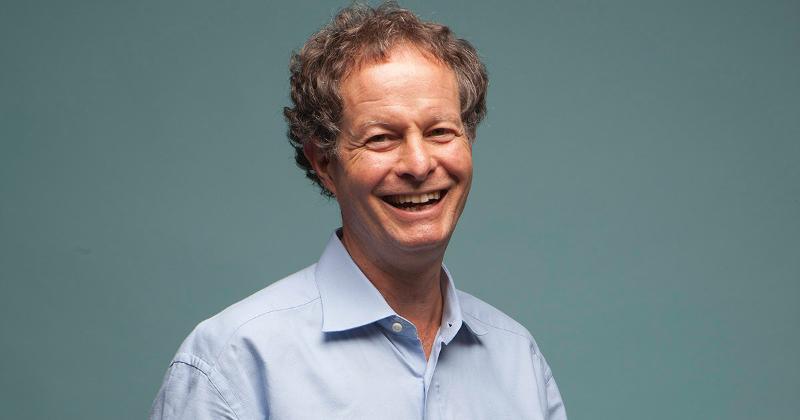 John Mackey said he loved Whole Foods like a parent loves a child.

Buechel, Mackey said, “was my personal choice to replace me as the CEO, and I’m pleased Amazon leadership agreed that he is the right person for the role.”

Whole Foods was acquired by Amazon in 2017 and today operates 506 U.S. stores.

Buechel, a former Accenture executive, joined Whole Foods in 2013 as global vice president and chief information officer and was promoted in 2015 to executive vice president before being named chief operating officer in 2019. In addition to being responsible for the operations of all Whole Foods stores and facilities, he also currently oversees technology, supply chain and distribution as well as team member services.

“Jason has a number of very special qualities that will help him succeed as our next CEO,” Mackey said. “Not only is he extraordinarily intelligent with unusually high integrity, he is also a servant leader who lives and embodies Whole Foods core values and leadership principles and is fundamentally just a good and loving person.”

According to a company history, Mackey, a 25-year-old college dropout, and co-founder Renee Lawson (Hardy) borrowed $45,000 from family and friends to open a small natural foods store called SaferWay in Austin, Texas.

When the couple got booted out of their apartment for storing food products there, they decided to simply live at the store. Since it was zoned for commercial use, there was no shower stall. Instead, they bathed in the Hobart dishwasher, which had an attached water hose.

Two years later, John and Renee partnered with Craig Weller and Mark Skiles to merge SaferWay with their Clarksville Natural Grocery, resulting in the opening of the original Whole Foods Market on September 20, 1980. At 10,500 square feet and a staff of 19, this store was quite large in comparison with the standard health food store of the time. 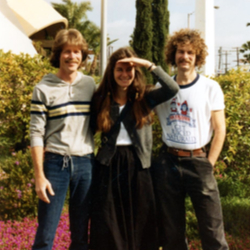 Beginning in 1984, Whole Foods Market began its expansion out of Austin, first to Houston and Dallas, and then into New Orleans with the purchase of Whole Food Company in 1988. In 1989, it expanded to the West Coast with a store in Palo Alto, Calif.

While continuing to open new stores from the ground up, Whole Foods’ most dramatic growth was powered by acquisitions of regional natural players throughout the 1990s: Wellspring Grocery of North Carolina, Bread & Circus of Massachusetts and Rhode Island, Mrs. Gooch's Natural Foods Markets of Los Angeles, Bread of Life of Northern California, Fresh Fields Markets on the East Coast and in the Midwest, Florida Bread of Life stores, Detroit area Merchant of Vino stores and Nature's Heartland of Boston.

To these rebranded chains and in its newly built units, Whole Foods raised the profile of natural foods by tying them to aspirational lifestyle megatrends like health and fitness, the “green” movement  and indulgent foodie culture. Stores featured extensive service departments and elaborate merchandising that presented offerings like few other health-food or conventional supermarkets would dare. These came at premium prices that gave the grocer a stubborn reputation for high prices and a “Whole Paycheck” image that remains to this day.

Mackey for years sought to address this with marketing that highlighted differences in sourcing and ingredient standards that was partly responsible for its premiums, but these efforts got only so far. Addressing its own costs, Whole Foods eventually cut down on bells and whistles in stores, encountered tangles with employees, and tried a separate but short-lived format called Whole Foods 365 that featured private brands in a smaller, more cost-effective format.

Whole Foods’ influence on conventional competitors was evident in profit margins and store growth that crushed them for years, but eventually sparked an effective response. Conventional stores like Kroger, Safeway, Costco and Ahold chased them down in grocery by growing their own natural and organic sets, mainly through private labels, and their scale advantage and internal efficiencies—along with the 2008 recession that brought pricing into greater attention—eventually managed to slow Whole Foods' growth.

By 2017, Whole Foods was fighting off stagnant same-store sales and activist investors pushing the company for a sale as well as calls to make operational changes, such as the introduction of a loyalty program. Acquisition talks with Amazon proceeded rapidly and have been described as something of a take-it-or-leave it offer from Seattle—Whole Foods agreed to the $13.7 billion deal that June, and it joined the ranks of the influential Seattle internet retailer, then still a nascent player in the grocery and physical-store spaces.

That event, which Mackey has described as a "happy marriage" that helped Whole Foods lower retail prices and raise its wage scales, today is seen as something of the Big Bang of the still-ongoing digital revolution. Walmart shortly afterward acquired the up-and-coming Amazon rival Jet.com to fuel its omnichannel development, and grocers began investing billions in their transformation.

Mackey was no stranger to controversy. In 2007, he confessed to federal regulators that he had been posting on an internet stock discussion board at Yahoo.com under the pseudonym “rahodeb” –an anagram of his wife’s name, Deborah—with messages that routinely tore down Whole Foods’ then-rivals like Wild Oats Market and natural food co-ops. Some 1,400 messages over a period of eight years also touched on other topics like his haircut  (“I think he looks cute! If his hair bothers you now you should have seen what it looked like 10 years ago!”) and strategies (“Trader Joe's caused WFMI [Whole Foods’ stock symbol] to develop their 365 private label brand which has helped make WFMI price-competitive with them.”).

An outspoken Libertarian and unapologetic capitalist, Mackey is the author of several books including “Conscious Capitalism” (2013, with Raj Sisodia), in which he argued that business should aspire to a higher purpose by working to reward a wider group of stakeholders, including customers, employees, suppliers, investors, society, and the environment. This, too, has proven somewhat prescient as consumers have moved toward supporting brands they feel reflect their personal values, while businesses have embraced diversity and environmental goals like never before.

In a more recent book, called "Conscious Leadership," Mackey argued for companies to "lead with love," he told WGB in an interview. 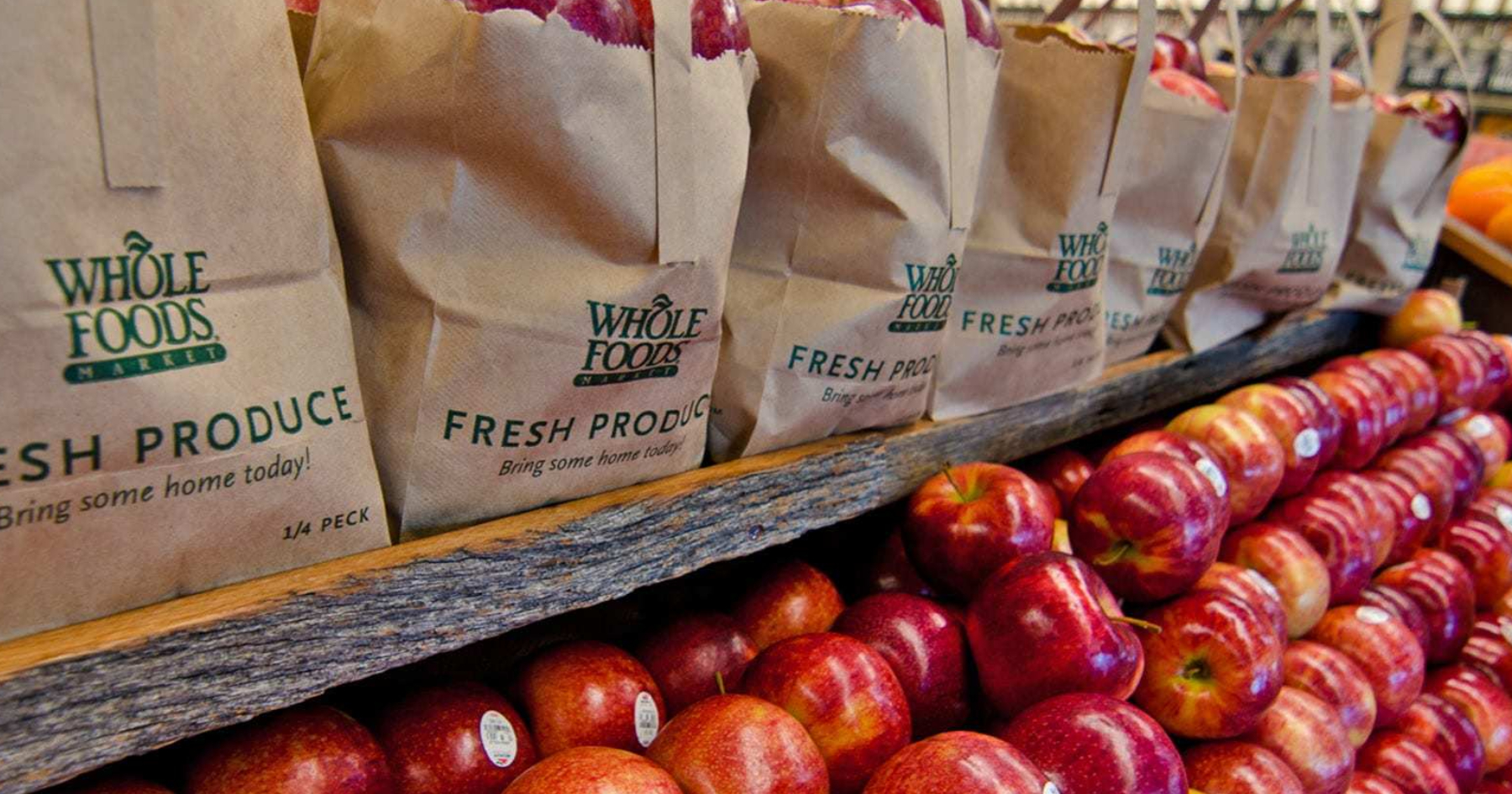 "Historically, the language we use around business is very combative—we use analogies from military battles, the jungle, sporting competitions. It encourages a winner-take-all attitude rather than suggesting that business is an opportunity to uplift people and communities," he said. "We really need to let love into our businesses and make it a recognized, heralded quality. Love helps us understand what all the different stakeholders need and desire, and it makes it easier to fulfill those needs and desires. When stakeholders feel loved by a company, they love it back. And that elevates business to more than a place for transactions—it makes it a place of community."

Mackey reflected on the history of the company in his retirement memo. “As I reflect on our company’s history and impact on the world, I am inspired, exceptionally proud, and a little overwhelmed,” Mackey said. “The success of Whole Foods Market has created tremendous value for all our stakeholders, including our customers, Team Members, suppliers, investors, and our communities.  Working together, we have helped tens of millions of people live healthier lives and it is not an exaggeration to say that Whole Foods has impacted very positively the way many people in America and around the world eat.”

He added: “Many people can go their entire lives without ever discovering their higher purpose, but I was lucky enough to discover mine back in 1976 when I was living in a vegetarian co-op named Prana House in Austin–two years before we first opened Safer Way. My food consciousness was first awakened at Prana and I began to discover what I was called to do in this life. How fortunate I have been to live in such a fulfilling way.”