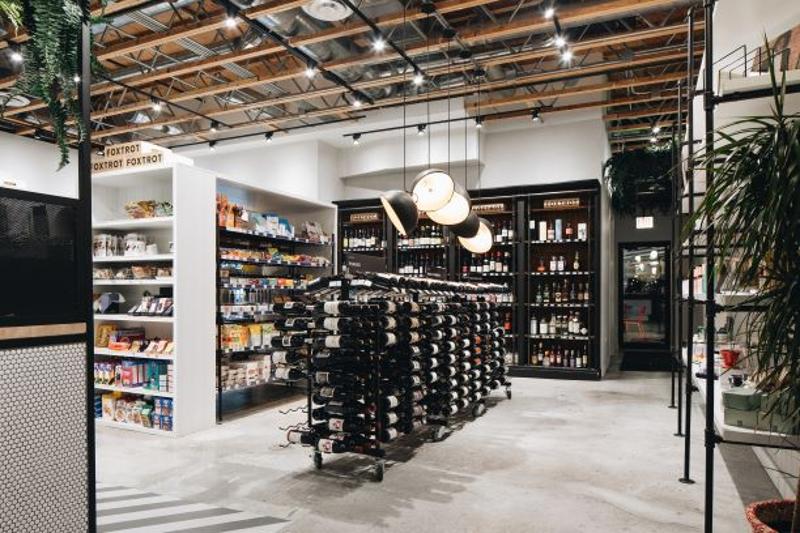 Chicago-based Foxtrot, an upscale corner store/cafe that touts one-hour delivery of its curated grocery, wine/beer and prepared-foods offerings, announced plans to double its 10-store footprint thanks in part to a fresh round of funding.

In a news release, Foxtrot said it had closed a $42 million Series B investment round led by Almanac Insights and Monogram Capital Partners. Foxtrot currently operates eight stores in affluent neighborhoods in Chicago and two in Dallas; it's slated to debut two stores in Washington, D.C., this spring.

The new capital will support the expansion into the nation's capital as well as new stores in Chicago and Dallas this year, according to the release. Foxtrot also aims to expand its selection of private-label products and shore up a nationwide shipping service that launched in January.

Founded in 2014, Foxtrot bills itself as offering a "curated shopping experience," per Foxtrot Ventures co-founder and CEO Michael LaVitola. That experience centers on locally produced wines and beers, select fresh groceries, meal bundles, an assortment of local-favorite snacks and prepared foods, and giftable items. Through Foxtrot's mobile app, customers can get orders delivered within an hour.

Foxtrot's revenue is evenly divided across in-store and online sales, according to the company, and in a pandemic-dominated 2020, a 100% increase in app downloads helped contribute to a 100% increase in sales for the year. "Foxtrot has mastered giving their customers a seamless and convenient shopping experience—using innovation to meet guests where they are, when they want," Almanac Insights founder David Barber said in the release.

Foxtrot also announced it is expanding its leadership team with the appointments of Sumi Ghosh as chief operating officer, Scott Holloway as SVP of delivery, and Caroline Barry as VP of strategy. Ghosh joins the Foxtrot team from Starbucks, where he was a SVP of Starbucks Reserve stores. Barry most recently was a strategy director at health-focused fast-casual restaurant chain Sweetgreen, and Halloway is an Instacart veteran.