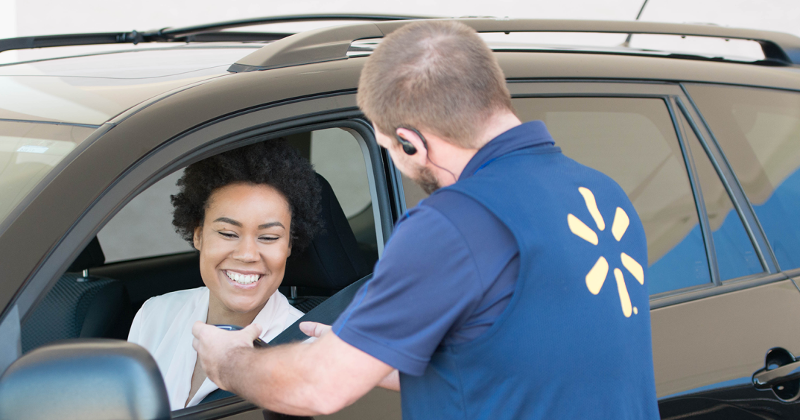 An omnichannel offering led by grocery e-commerce is continuing to generate momentum for Walmart.

U.S. sales in the fiscal first quarter improved by 3.3% to $80.3 billion and nonfuel comparable-store sales growth of 3.4% marked Walmart’s strongest first-quarter comps in nine years. The comp gain was supported by a 2.3% increase in average ticket and a 1.1% in transactions—a figure Walmart is now reporting to include both store visits and e-commerce trips. U.S. e-commerce sales grew by 37%.

“We’ve made good strides in fresh and continue to make progress with the quality of our private brand offering, especially in food where penetration increased 156 basis points during the quarter,” McMillon said.

“The U.S. business continues to benefit from a healthy economic environment, but we’re also pleased with customers’ response to our integrated omnichannel offering,” Biggs added.

Walmart has been scaling its online grocery across the U.S., with pickup now available at more than 2,400 stores and 1,000 offering delivery. Those figures are on track to expand to 3,100 and 1,600 by year-end, Biggs said.

Progress on delivery, displays and pricing online contributed to a 5% improvement since the beginning of the year in its customer value index, a measure Walmart uses to gauge effectiveness of its e-commerce operations, Biggs added.

In the U.S., operating income grew 5.5%, as the gross margin rate was better than expected due to a stronger merchandise mix in both the stores and e-commerce, as well as less pressure from transportation costs, partially offset by continued price investments.