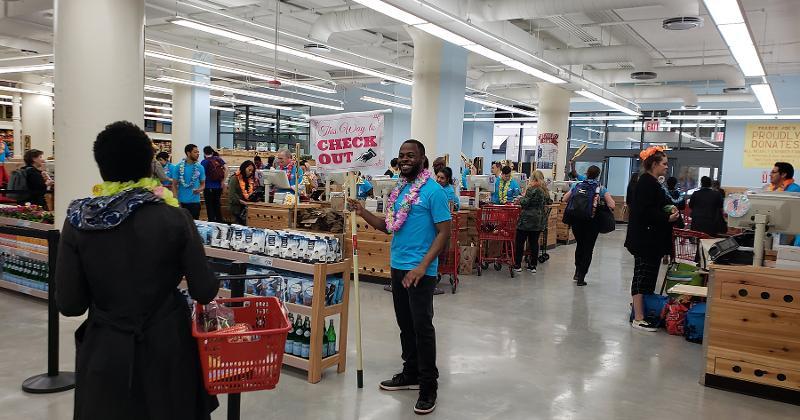 Sales at U.S. grocery stores were up 7.5% year over year in September, according to Commerce Department data released Friday, topping a 6.6% year-over-year increase in August.

Grocery stores' sales gains were well behind those of restaurants and bars (up 29.5% over September 2020) and clothing/accessories stores (up 22.4%)—businesses that have continued to enjoy a boost from wider reopenings vs. a year ago and a return to in-person work and school. Grocers' year-over-year increase also didn't match that of general-merchandise stores, which saw sales climb 13.4% vs. September 2020. For all of retail trade, September sales were up 12.2% over the year-ago period.

Month to month, grocery store sales were up an estimated 0.7% over August 2021, behind the 2.3% increase from July to August.

Restaurants, by contrast, saw sales edge up an estimated 0.3% in September over August, ahead of the 0.2% increase the previous month.

Wholesale prices for finished foods, meanwhile, were up nearly 13% year over year, according to the Bureau's Producer Price Index for September, also released this week.

With uncertainties lingering around the COVID-19 pandemic—including whether new cases might creep up again as temperatures fall and more activities move indoors—and consumers conscious of supply-chain constraints facing retailers, October's sales numbers especially for general merchandisers could show a shift. A survey released Thursday by gift-card and prepaid card provider Blackhawk Network found that 24% of U.S. consumers said they planned to do holiday shopping earlier this year. Thirty percent cited concerns about shipping delays as a reason for jump-starting their shopping; 36% expressed concern that the pandemic would affect their ability to shop.